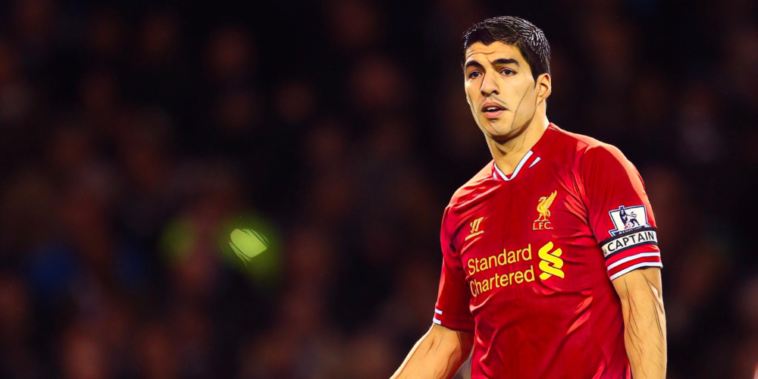 Liverpool take on Ajax in the Champions League this evening, in what will represent just the fifth meeting between two teams with a rich history in this competition.

The two clubs have been crowned as European champions ten times combined and go head-to-head at Anfield in a fixture of huge importance for progression to the knockout rounds.

Ahead of the game, we look at five players who have represented both clubs.

Liverpool secured the signing of Jan Molby from Ajax in 1984, as the Reds looked for a replacement for Graeme Souness following his move to Sampdoria.

Molby had made an impression across two seasons at Ajax, who he had joined as a teenager and helped to the Eredivisie title during the 1982/83 season featuring alongside the likes of Johan Cruyff and Marco van Basten.

The Denmark international proved a huge hit at Liverpool, with his wonderful technique and passing range making up for his renowned lack of mobility in the centre of the pitch. Molby spent 12 years at Anfield and racked up 292 appearances and 60 goals, during a period in which he won three league titles and two FA Cup winners’ medals.

On Jan Molby’s birthday, a reminder of this sensational solo goal from 1985.

His finest football came during his second season on Merseyside, in which the midfielder scored 21 goals in all competitions as Liverpool won a domestic double in 1986.

Injuries decimated his latter career with the club but he departed as the first foreign footballer to have spent a decade at Anfield.

An icon at Ajax, Jari Litmanen was tasked with filling the void created by Dennis Bergkamp’s departure from the Dutch side.

His first season as a regular saw Litmanen named as the Dutch Footballer of the Year, as he scored a league-leading 26 goals to lead Ajax to the Eredivisie title.

The Finland international was a fantastic footballer who did his best work as a second striker, dropping into dangerous pockets of space. Arguably the key figure in Ajax’s iconic side of the early nineties, he scored 91 goals in 159 league appearances for the club and won the Eredivisie title in four of his seven seasons.

Litmanen made his mark in Europe as Ajax were crowned Champions League winners in 1995, including a double in the semi-final thrashing of Bayern Munich, and was the competition’s leading scorer as the club were beaten in the final the following season.

Injuries prevented the nine-time Finnish Footballer of the Year from reaching greater heights and the version of Litmanen who signed for Liverpool in 2001, via a spell at Barcelona, was a shadow of the talent who twice finished in the top five of the Ballon d’Or voting.

He scored nine goals in 43 appearances for the Reds, before departing for a second spell at Ajax.

Ryan Babel arrived at Liverpool with high expectations, after signing for the Reds from Ajax as a teenager.

Babel progressed from Ajax’s famed academy system and scored 24 goals in 111 appearances for the senior side as a teenager, while he scored on his debut for the Netherlands in 2005 to become the nation’s fourth-youngest ever goalscorer and youngest in 68 years.

Babel scored ten goals in all competitions during an impressive first season at Liverpool, but despite bright moments failed to fulfil his initial promise across four campaigns in English football.

He made 146 appearances, of which a large portion came as a substitute, and scored 26 goals, before embarking on a nomadic career that has included spells in Germany, Turkey, UAE and Spain, alongside two short returns to Ajax.

The least successful of the five names on this list, Christian Poulsen formed part of an ill-fated summer recruitment drive under Roy Hodgson in 2010.

The Denmark international had success during spells at Schalke, Sevilla and Juventus and was viewed as a smart acquisition, after arriving in a £4.5m deal after two seasons in Turin.

Poulsen struggled to adapt to the demands of the Premier League, and made just 12 league appearances before leaving for Evian.

He signed for Ajax after one season in France and fared better in the Eredivsie, where he won back-to-back league titles.

Luis Suarez’s stunning form for Ajax turned the heads of European clubs, with the forward blitzing through Eredivisie defences.

Suarez signed for Ajax from divisional rivals FC Groningen and racked up the goals in Amsterdam, including a sensational 2009/10 season that saw him score 49 goals in 48 appearances.

He moved to Liverpool in a £22.8m deal in January 2011 and soon proved himself as one of Europe’s finest forwards. After a period of adaptation, Suarez started to fire and formed a brilliant understanding with Daniel Sturridge which almost fired the Reds to the Premier League title in 2013/14.

Suarez scored 31 league goals in 33 appearances and laid on a further 12 assists that season, with his performances earning the Uruguayan the European Golden Shoe, Premier League Golden Boot and PFA Player of the Year award.

Suarez signed for Barcelona in a £75m deal in 2014 and underlined his status as one of his generation’s greatest goalscorers in Spanish football. He won four league titles and the Champions League at Barcelona, while he added a second European Golden Shoe after outscoring Cristiano Ronaldo and Lionel Messi in 2015/16.