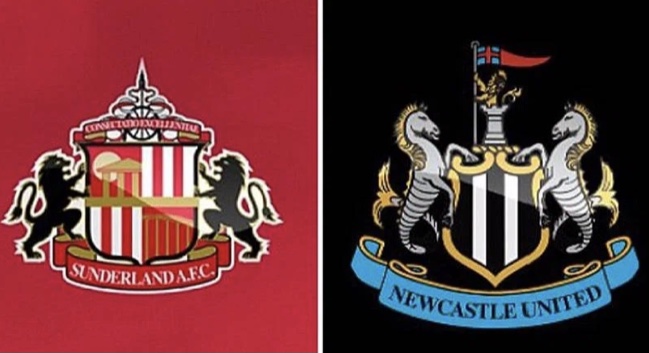 Premier League derbies have produced some of the most entertaining matches in football history as fierce rivals go head-to-head with more at stake than just points. Manchester United vs Liverpool, Arsenal vs Tottenham, Manchester United vs Manchester City and Liverpool vs Everton have all had their fair share of clashes but perhaps the most iconic derby in Premier League history is that between Newcastle United and Sunderland in the Tyne-Wear derby.

Neither Newcastle or Sunderland have been prominent figures in the English top-flight in recent seasons but their clashes in the past have produced some very memorable moments. It’s possible that we could see more in the seasons to come with Sunderland clawing their way back into the Championship last season following spending four seasons in League One after a sharp decline from the Premier League at the end of the 2016/17 season.

These two sides have met 155 times in history but we’ve picked out five Tyne-Wear derbies that have produced the most entertainment.

All the way back in 1908, in just their 22nd clash against each other, Sunderland produced the biggest win from any Tyne-Wear derby by a score that no sports tips and predictions had envisioned.

The game started in a relatively even manner with the two sides heading into the tunnel at half time all square with a goal each. However, the second half was one to remember for Sunderland fans as the Black Cats produced a staggering 8 goals in just 28 minutes to put the game well beyond the reach of their local rivals.

Both George Holley and Billy Hogg netted hat-tricks for the away side in one of Sunderland’s most memorable wins ever.

This Tyne-Wear derby doesn’t have the headline scoreline that the 1908 match does but it was an important fixture and result at the time.

Ruud Gullit had taken over from Kenny Dalglish as the manager of Newcastle at the beginning of the 1998/99 season and after surviving his first season as boss, the pressure was building on the Dutch coach after a terrible start to the new campaign in which his side managed to pick up just a single point from their first four matches.

Gullit had made the brave, but somewhat controversial, decision to drop the Magpies all-time top goalscorer, Alan Shearer, from the side for the derby along with Duncan Ferguson and replace the duo with the not so experienced Paul Robinson and Silvio Maric.

The rainy night on Tyneside set the scene for what would be another terrible night for Newcastle United as although they took the lead through a 27th-minute strike from Kieron Dyer, two second-half goals from Sunderland meant that they continued their dreadful start to the season which ultimately lead to the resignation of Gullit two days later.

Although Newcastle have suffered their fair share of misery against their local rivals, they have tasted success on several occasions. One time was in 2010 when they lit up St James Park by winning 5-1 in front of 52,000 spectators.

Kevin Nolan displayed one of his best performances in a black & white shirt that day and two goals from the hearty midfielder sent the home side into the tunnel with a 2-0 lead.

Shola Ameobi, dubbed the ‘Mackem Slayer’ due to his goal record against Sunderland, put the Magpies three goals ahead by converting from the spot in the second half. Ameobi then netted a second before teeing up Nolan for his hat-trick to make the score 5-0.

Sunderland managed to claw one goal back against a 10-man Newcastle side following the dismissal of Titus Bramble, but their consolation goal did nothing to alter the outcome of the game which was a memorable one for Newcastle fans.

The only Tyne-Wear derby to make our list which took place at the Stadium of Light was in 2006 and a game which was full of drama and emotions.

Sunderland’s Justin Hoyte put the home side ahead in the first half and it looked like they would get the better of their rivals once again. However, with just 30 minutes of the match remaining, Newcastle turned a corner and managed to put four past Kelvin Davis in one of the most entertaining Tyne-Wear derby comebacks to date.

Substitute, Michael Chopra, grabbed the equaliser before none other than Alan Shearer put his side ahead in what was his final goal for his beloved club. Charles N’Zogbia and Albert Luque netted the third and fourth for the visitors to seal the win and take home a vital three points.

The 2013 Tyne-Wear derby was one to forget for Newcastle fans after their side suffered a humiliating defeat at St James Park in a match they were tipped to win.

This match was only Paolo Di Canio’s second game in charge of Sunderland at the time and one that will be remembered for his touchline celebrations when his side went ahead.

Stéphane Sessègnon put the Black Cats ahead to give the visitors the lead heading into half time.

Papiss Cissé equalised for Newcastle during the second half but the linesman wrongly ruled offside and the goal was disallowed. Should that goal have stood, we could have seen a very different game on Tyneside that day but it was to be Sunderlands day as both Adam Johnson and David Vaughan were able to find the net to put the game beyond the hosts’ reach and seal an impressive victory.