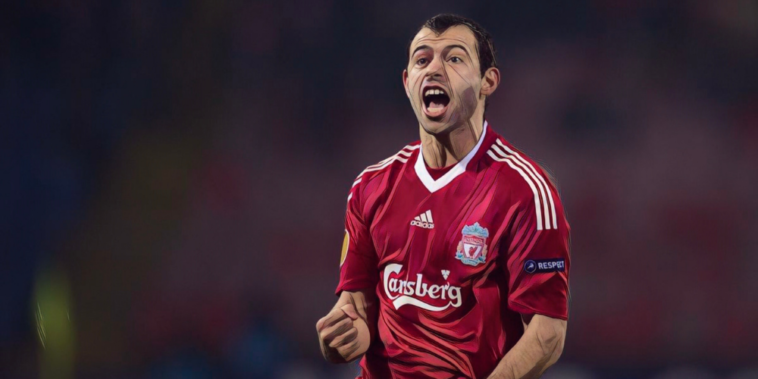 Liverpool take on West Ham in the Premier League this weekend, in a fixture of huge importance for two teams towards the top end of the division.

Jurgen Klopp’s side will be hoping to keep their title hopes alive against the Champions League chasing Hammers, but will be well aware of the threat the visitors will pose after losing the reverse fixture at the London Stadium.

Liverpool and West Ham have shared several stars throughout the Premier League era with numerous players having featured for both clubs down the years.

We’ve decided to look at five of the best to have played for both in the Premier League.

Dicks became a legend at West Ham across two spells with the east Londoners, making 326 appearances and becoming a fans’ favourite for his full-blooded commitment and penchant for spectacular goals.

Despite spending much of his career at left-back, Dicks scored 65 goals for the Hammers with his no-nonsense approach to taking penalties with maximum power in line with his attitude to the game.

🗓 #OnThisDay in 1988 Julian 'The Terminator' Dicks signed for the club! pic.twitter.com/mOAdQe15Wp

Dicks spent five seasons as a first-team regular before signing for Liverpool in 1993, as Graeme Souness looked to inject some steel into the Reds’ side with the ferocious full-back joining Neil Ruddock – another who represented both clubs – at Anfield.

His time with Liverpool proved a disappointment, however, as he lasted just a single season before returning to West Ham, spending another five seasons at Upton Park to earn cult status.

There have been more talented players to represent both clubs, including another full-back in Glen Johnson, but few who are as appreciated from a West Ham perspective.

Joe Cole emerged from West Ham’s fabled youth system during the late nineties, with the midfielder the jewell in the crown of the club’s 1999 FA Youth Cup winning side.

Cole had already made his senior debut as a 17-year-old before that triumph and soon established himself in the senior side, his street-footballer style and repertoire of tricks making him a popular figure.

He was named captain at just 21-years-old and won the club’s Player of the Season accolade in 2002/03 despite relegation, with Chelsea securing a deal to sign the gifted youngster from their London rivals.

Cole won three league titles with Chelsea before making a free transfer move to Liverpool in 2010, though his time on Merseyside proved frustrating as injuries prevented him from making an impact.

Cole later returned to West Ham and made 187 appearances in all competitions for the Irons across his two spells, scoring 18 goals,

Yossi Benayoun arrived into the Premier League with newly-promoted West Ham in 2005 and helped the side reach the FA Cup final – losing on penalties to Liverpool – during his debut season.

The Israel international provided a commendable work-rate and creativity during his time with the Hammers, attributes which attracted the attention of Rafael Benitez and Liverpool.

He completed a £5m move to Merseyside after two seasons in the capital and became a valued member of the Reds side, providing a number of valuable contributions despite struggling for automatic status.

Benayoun became the first footballer to score Premier League, Champions League and FA Cup hat-tricks during his time with Liverpool, whilst he memorably netted in a 1-0 win over Real Madrid at the Bernabeu during the 2008/09 season.

The midfielder made 134 appearances for the Reds and scored 29 goals, before short spells at Chelsea, Arsenal and a brief return to West Ham on loan.

Craig Bellamy’s well-travelled career saw the forward take in spells with Liverpool and West Ham, first signing for the former after an impressive spell at Blackburn Rovers.

Despite scoring nine goals during an encouraging first season at Anfield – including one in a win against Barcelona at the Camp Nou – the arrival of Fernando Torres saw Bellamy leave, with the Wales international signing for West Ham in a club record £7.5m deal in 2007.

However, despite some strong performances his time with the Hammers proved brief and after 18 months he joined Manchester City in a £14m deal.

Bellamy later returned to Liverpool on a free transfer and played a crucial role in the club’s 2012 League Cup win, starring during wins over Chelsea and former side Manchester City.

Liverpool then beat another of Bellamy’s former sides, Cardiff, in the final as the forward won his sole piece of major silverware in English football.

Javier Mascherano’s arrival at West Ham remains one of the Premier League’s most notorious transfers, the double capture of the midfielder and Carlos Tevez – a duo coveted by Europe’s biggest clubs – stunning the division.

Tevez recovered from a difficult start to fire West Ham to Premier League survival and earn cult status, though Mascherano struggled to make an impression and often found himself behind Hayden Mullins in the pecking order.

Liverpool took a chance on the Argentina international in January 2007 and the midfielder became one of the best in the division at Anfield, forming a formidable partnership with Xabi Alonso as the Reds reached the Champions League final during his first six months at the club.

What a way to get your first Reds goal 😍

Mascherano came close to winning the Premier League during the 2008/09 season as Liverpool finished as runners-up, before departing for Barcelona in a deal worth £22m the following summer.

He enjoyed huge success following the switch to Spain, making 334 appearances for the Catalans and winning five league titles and two Champions League trophies among his honours.