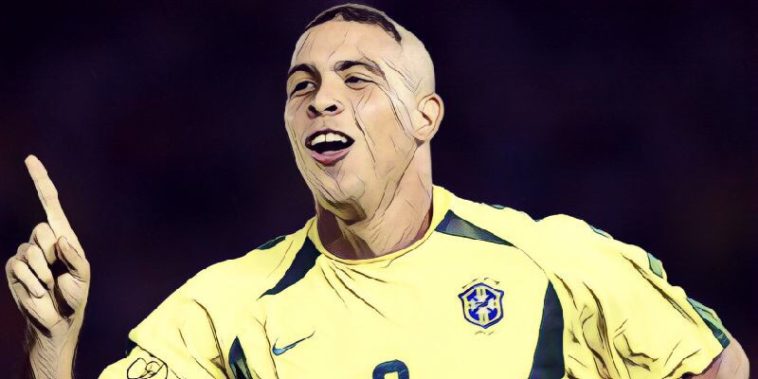 With the 2018 World Cup in Russia in full swing we take a look at the five highest scorers in World Cup history.

As the famous saying goes ‘’goals win games,’’ so it’s no coincidence that all but one of the men on this list not only scored goals for fun, but also went on the lift the most famous trophy in football.

Few players are as synonymous with the World Cup as Pele. The Brazilian, regarded by many as the greatest footballer of all-time, announced himself to the world as a 17-year-old at the 1958 tournament in Sweden. The youngest player to feature in a World Cup at that time, Pele arrived in Sweden carrying a knee injury and didn’t feature until Brazil’s third fixture against USSR.

It was in the knock-out stages that Pele truly arrived, scoring the winner as Brazil edged past Wales in the quarter-final. A stunning hat-trick in the semi-final defeat of France followed, before a brace in the final as Brazil were crowned champions with a 5-2 victory over the hosts.

With Brazil victorious again in 1962 and 1970, where he again scored in the final, Pele remains the only player to have lifted the World Cup three times. His goals in those tournaments, plus another strike in the 1966 edition mean he is one of only three players to have scored at four tournaments. He remains Brazil’s greatest goalscorer of all-time with 77 goals in 92 caps.

TO CHECK OUT SOME OF THE BEST PELE QUOTES CLICK HERE!

A name perhaps not as illustrious as others on this list, the record of Just Fontaine is somewhat remarkable when you consider his entire tally came in just one World Cup tournament. Whilst Pele was the breakout star of the 1958 World Cup in Sweden, Fontaine was its most ruthless goalscorer. The Frenchman netted a hat-trick in France’s 7-3 opening win over Paraguay before notching a further three strikes in the group stage. A brace against Northern Ireland in the quarter-finals took the French through to face Pele’s Brazil in the semi-final, where despite again scoring he could not prevent a 5-2 defeat. Fontaine finished his tournament with an incredible four-goal haul as France secured third place by beating Germany in the third-place play-off.

The prolific forward finished his sole World Cup appearance with 13 goals in just six matches,his tally remaining the record for most goals in a World Cup finals to this day. Fontaine sadly retired aged just 28 due to a recurring injury, his place in the history books secured.

‘Der Bomber’ as Muller is affectionately known in Germany is widely regarded as one of the greatest strikers in football history. His record as the World Cup’s top goalscorer stood for 32 years after the forward scored 14 times on the world stage over two tournaments. After a successful season with club side Bayern Munich, Muller was named European Footballer of the Year after top-scoring with 10 goals at the 1970 World Cup in Mexico as Germany sealed a third-place finish. Four years later, he added another four goals to his tally, including the winner in the final as West Germany became world champions for second time with a 2-1 victory over the Netherlands.

He played his last game for his country that year, having scored  68 international goals in just 62 caps.

The World Cup story of original Ronaldo, or ‘O Fenomeno’ as he was known, is quite something. Taken as a 17-year-old to the USA in 1994, the teenage prodigy did not feature as Brazil were crowned champions. Four years later, he entered France 1998 regarded as the world’s greatest player. His four goals helped Brazil through to a final against the hosts, but just hours before the fixture he suffered a convulsive fit. Originally removed from the starting line-up, he featured but was a shadow of himself as Zinedine Zidane inspired the French to victory.

Four years later, Ronaldo was chosen in Brazil’s World Cup squad despite missing the qualification process having barely played since suffering a career-threatening knee injury in April 2000. In Japan and South Korea, Ronaldo had his redemption, top-scoring in the tournament with eight goals as Brazil were crowned world champions for a fifth time. Sporting a distinctive haircut, he scored both in the final as Brazil beat Germany 2-0 to secure the title. Despite injuries and weight issues, he traveled to Germany for the 2006 World Cup. He finished the tournament with three goals, his strike in the last 16 vs Ghana moving Ronaldo past Muller as the tournaments all-time record goalscorer.

TO CHECK OUT SOME OF THE BEST RONALDO QUOTE SCLICK HERE !

Germany’s all-time record goalscorer, Klose is the only player in history to have scored at least four goals in three separate World Cup tournaments. He made his tournament debut in 2002 as Germany finished runners-up, scoring five times to finish equal-second with Rivaldo in the Golden Boot race. Remarkably, all five goals were scored with his head, the most in a single tournament and a record that still stands today.

In 2006, Germany hosted the World Cup and Klose added a further five goals, top-scoring as the hosts finished third. An African nation hosted the tournament for the first time in 2010, as Klose and Germany again finished third. He added four goals in the tournament, including strikes against England and Argentina, moving level with Gerd Muller as Germany’s World Cup record goalscorer.

Four years later in Brazil, Klose became just the third player to score in four different World Cups. His first goal, in a 2-2 draw with Ghana, tied him with Ronaldo as the tournament’s record goal-scorer. In the semi-final against Brazil, he earnt the record outright, scoring as Germany thrashed Brazil 7-1 to advance to the final. After a series of near misses, Klose was crowned world champion at the fourth attempt, Mario Gotze’s goal securing victory for Germany over Argentina in the final.

He retired from international duty after the tournament, having amassed 71 goals in 137 caps.