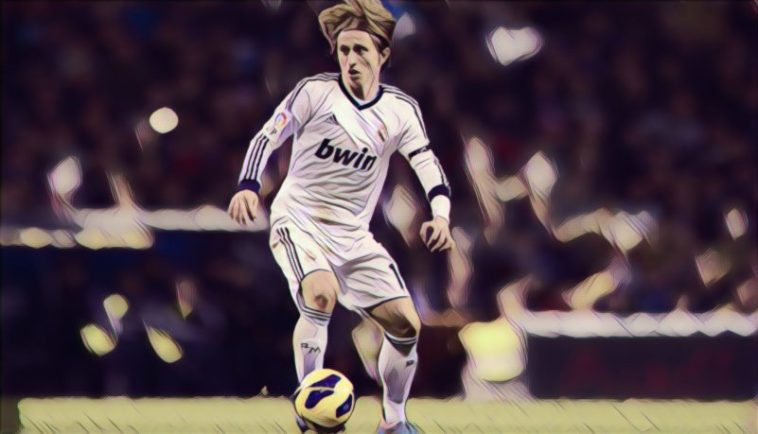 As we enter the latter stages of the 2018 World Cup, we have already seen some of the top players leave the tournament.

Cristiano Ronaldo, the 2018 Ballon d’Or favourite was eliminated from the competition at the Round of 16 stage with Portugal. Despite his early exit, the current Real Madrid forward enjoyed another great season with the Spanish giants, lifting the Champions League and finishing as the top goal scorer in Europe’s premier competition.

However, there is another player at Real Madrid who has come to the fore in Russia and his name is Luka Modric.

The central midfield player was instrumental in guiding Real Madrid to the Champions League glory last season and has become one of the top players on the planet during his time at the Santiago Bernabeu. Modric may not get the headlines of Ronaldo or other superstar players at Real Madrid and Barcelona but there is no doubting his ability.

The Croatian international has been superb for his country at the 2018 World Cup. His team arrived in Russia as one of the dark horses to win the tournament and they now have a great chance of reaching the final having been paired with England in the semi-final.

Should Croatia go on to reach the final and lift the World Cup, the odds for Modric to win the Ballon d’Or will drop significantly as the midfielder is thrust into the limelight.

As the captain of Croatia at the World Cup, Modric is not only a leader in the way he plays but also in how he guides his teammates. This is a man who has won the Champions League four times and knows what it takes to succeed at the highest level. In each of the four Champions League winning seasons, Modric has been named in the team of the tournament.

The former Tottenham Hotspur man has also been named La Liga’s Best Midfielder in 2013/14 and 2015/16 plus the Champions League Best Midfielder award in 2017. This is in addition to his two appearances in the UEFA Team of the Year and six-time Croatian Footballer of the Year award.

Modric is a player who has become accustomed to winning silverware, both as part of a team with Real Madrid and individually. If he was to do the unthinkable and lead Croatia, one of the smallest countries at the tournament, to the 2018 World Cup final and lift the trophy, the Ballon d’Or will surely become a realistic target.

Speaking after the win over Russia in the World Cup quarter-final, Modric said, “Honestly, individual awards are not important for me. Such awards are for the contribution you’ve made. We want to bring a medal home and see how it shines.”

If the Croatian team take home the gold medal, Modric could have a golden ball to go with it and together they would make the perfect combination. To do that, Croatia will need to beat England in the semi-final and in doing so Modric will get one over current Spurs striker, Harry Kane. The England striker is leading the goal scoring charts at the 2018 World Cup but has not had the same influence on the tournament as Modric.

A win over England would propel Modric into the thoughts of those voting on the 2018 Ballon d’Or. Winning the World Cup would make him one of the favourites.