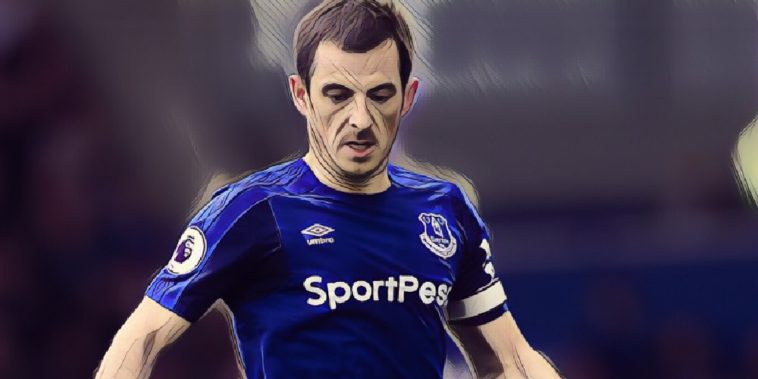 A man who has given his all for Everton FC as a player, coach and caretaker manager, David Unsworth is a man who understands what Everton is all about.

Making over 300 appearances in two separate spells for the club, Unsworth could be classed as an old fashioned utility man, comfortable in defence and midfield, ‘Rhino’ would have played in goal if that’s what was required. A man who would run through brick walls just win an Everton throw in, he was a ferocious competitor, a leader on the pitch and a vicious striker of the ball.

Deadly from the spot, he is Everton’s 2nd most lethal scorer from penalties. He jumped at the chance to take caretaker charge of the Blues after Ronald Koeman’s sacking, and despite being unable to turn around the fortunes; he handled himself with pride and dignity, something that will only have endeared him further to the Everton faithful.

Signing for Everton from Sheffield United in 2007, not many would have predicted the career Phil Jagielka would go on to have with the Blues. ‘Jags’ impressed for many seasons in David Moyes’ defensively rigid backline and had a number of forays into Europe over the years.

At times he and Joleon Lescott were bettered only by Rio Ferdinand and Nemanja Vidic as the best centre back pairing in the country.

During his peak there were always hints and rumours of bigger clubs looking to poach him away, unfortunately for them it never materialised.

Strong, athletic, fearless – he is everything you could ask for in captain, except from the fact he sometimes isn’t vocal enough on the pitch. Evertonians will overlook this however due to his great service and quality displays for the club, which earned him the captaincy back in 2013 after Phil Neville’s retirement.

It’d hard to look past a certain half-volley at The Kop end for his number 1 highlight and as his time comes to a close at Goodison Park, Evertonians will begin to realise it’s not every day you come across a defender as solid and loyal as Phil Jagielka.

CHECK OUT FIVE OF THE BEST PREMIER LEAGUE CENTRE BACKS

Signed just 11 days after Phil Jagielka, Leighton Baines has gone on to become one of the modern day heroes of the club, a fan favourite and one of the pioneers in British football of attacking full backs.

Baines may be tenacious and dedicated in defence, but it’s his attacking prowess that has propelled him to his current position as one of Everton’s most popular players. A free kick maestro, a game away to West Ham in the 2013/14 season showcased his brilliance at the dead ball as he caressed two free kicks past Jussi Jaaskelainen in a 3-2 win.

Just the season before he arrowed a free kick from close to 40 yards past a helpless Tim Krul to help Everton to victory at St James’ park.

He also holds the record for most penalties scored in Everton’s history and his partnership with Steven Pienaar on the left wing gave Evertonians years of delight.

I could go on all day about Leighton Baines but we have other players to attend to, simply put he is the classiest left back in recent Premier League memory, uniquely talented in both defence and attack but what is most important for the supporters is that if you were to cut him, he’d bleed blue.

CHECK OUT FIVE OF THE BEST PREMIER LEAGUE LEFT BACKS

Another main stay of the Moyes era, Leon Osman was a terrific servant for Everton for many years. He was never a fan favourite but he ran himself into the ground for Everton FC.

He wasn’t blessed with strength, pace or even above average skill, but his neat passing and link up play made him a nice option to allow the likes of Steven Pienaar and Mikel Arteta to lean on. His range of shooting was extensive and his highlight reel is certainly worth a watch.

He was a versatile and reliable squad player for David Moyes and the Scot trusted him enough to give him the lion’s share of his 350+ appearances.

Often a scapegoat for fans, he could be sloppy in possession and was easily pushed off the ball but nevertheless he was a one club man, who dedicated his career to Everton, something the fans won’t forget in a hurry.

Second only to Brad Friedel for the most Premier League appearances made by an American, Tim Howard just pips Leon Osman to the honour of making the most for Everton.

A man who divided opinion towards the end of his time at Everton due to some suspect decision making, lack of confidence in commanding his penalty area and lack of communication with his back four.

Evertonians are a hard bunch to please, myself included, but looking back on his time at the club, it’s a real shame how things got sour towards the end of his tenure.

He was a trail blazer for promoting Everton in the US, a man who fully embedded himself in the Everton way of life, who put his body on the line for many years for the club. People always remember the errors but not the stunning stops Tim used to make on a near weekly basis.

Despite his performances dropping, chants of ‘USA, USA’ were still heard every other week from the Gwladys Street, whose goal Tim Howard guarded with his life for a decade.

“I will remain an Evertonian for life. This will always be my team, my club.” – Tim Howard upon leaving the club in 2016

This quote is a testament to the man he is, the pride he felt in representing the Blues and the love he has for Everton Football Club. He is certainly a worthy figure to sit atop of Everton’s all time Premier League appearance makers.