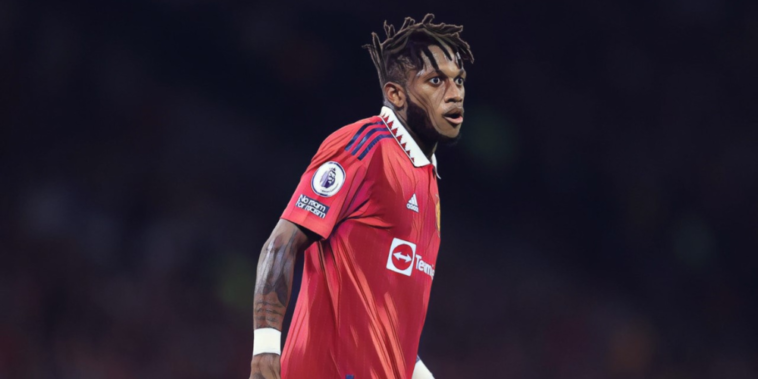 Manchester United have welcomed in a new era this season following the appointment of Erik ten Hag as manager, with the Red Devils headed in a new direction under the Dutch coach.

Ten Hag has been quick to implement his ideas as he looks to revive the fortunes of the Old Trafford outfit and has already made some big calls when it comes to personnel.

There are a number of names who have seen their status slip since his arrival, with a group of former favourites having spent time on the sidelines this season.

Here are five favourites of former manager Ole Gunnar Solskjaer who have struggled for game time under Ten Hag.

Aaron Wan-Bissaka faces an uncertain future at Manchester United with the right-back having fallen out of favour at Old Trafford.

Wan-Bissaka was signed in a £50m deal from Crystal Palace in 2019, but the defender has failed to develop as hoped since that big-money switch. The 24-year-old won admirers for his one-vs-one defensive skills, but a lack of threat in the final third has been criticised. Advocates of his game claimed that his attacking game would improve with time, but three-and-a-half years after his arrival there has been little evidence of progress.

The full-back lost his place to Diogo Dalot during Ralf Rangnick’s reign as interim manager last term and Ten Hag has continued with the former as first-choice. Wan-Bissaka has featured for just four minutes across all competitions this season and United were understood to have been open to his sale during the summer transfer window.

West Ham and former side Crystal Palace were keen on a deal, but a failure to sign a replacement saw Wan-Bissaka remain at the club. He appears unlikely to regain prominence with Dalot having gone from strength to strength with regular first-team football and an exit looms. United will need to accept a major loss on a signing that has proven a major disappointment.

Harry Maguire’s name has dominated the headlines in recent months, with major concerns over his extended downturn in form.

Erik ten Hag retained Maguire’s place as club captain upon his arrival during the summer, but made clear in no uncertain terms that the armband was no guarantee of a place in his plans. Maguire began the season with poor performances during defeats to Brighton and Brentford, as his torrid 12 months continued into the current campaign.

His struggles have since seen the centre-back dropped from the side, with a partnership of Raphael Varane and Lisandro Martinez preferred. That duo have been behind an upturn in form for the Red Devils and Maguire faces a huge fight to regain his place in the team.

The 29-year-old has made three appearances this season and each have ended in defeat. He was included in the England squad during September’s international break despite his form, but his lack of minutes for his club side will be a concern for Gareth Southgate leading into the World Cup next month.

As fans of plinko gambling will be aware Maguire was a key figure for the Three Lions across the past two major tournaments, but his confidence appears brittle and battered following an extended period under scrutiny at Old Trafford.

Victor Lindelof is another who has found himself on the fringes as the Martinez-Varane axis at centre-back has shown encouraging signs.

The Sweden international was a regular under Solskjaer and started 35 league games during the Norwegian’s final full campaign in charge, but has been included in Ten Hag’s starting XI just once in the Premier League this season.

Lindelof earned a first chance of the season during the 2-1 win at Everton on Sunday, with both Varane and Harry Maguire absent through injury. The 28-year-old produced a solid performance and will hope to build on that as he looks for a more regular role.

Lindelof has polarised opinion for much of his time with the Red Devils, but possesses an ability in possession that could be utilised under Ten Hag. His attributes appear more suited to the new manager than those of the aforementioned Maguire.

Another name who has long divided the fanbase, Fred’s partnership with Scott McTominay has regularly been criticised as symbolic of the club’s decline.

That duo have won the trust of several managers for their work-ethic in tandem, but have been viewed as a representation of the Red Devils’ midfield malaise. While McTominay has produced a run of improved form in response to the arrival of Casemiro, Fred has found himself watching from the sidelines for much of the season.

He has not started a Premier League game since the 4-0 defeat at Brentford in August, totalling just a further 66 minutes of league action across a number of cameo short appearances. Christian Eriksen’s excellence in a deeper midfield role and the marquee arrival of Casemiro have dented his hopes of regaining a regular role, having been an almost ever-present during Solskjaer’s tenure.

Cristiano Ronaldo cast a shadow over the optimism of Erik ten Hag’s first pre-season this summer, as the unsettled forward agitated for an exit from Old Trafford.

United’s failure to secure Champions League football saw Ronaldo want out, with his unrest leading to a summer of speculation and a period of uneasy questioning for the new boss.

Ronaldo remained as a credible suitor failed to emerge but has seen his status slip. The 37-year-old was named as United’s Player of the Season last term after scoring 24 goals in all competitions, but has started just one Premier League fixture to date.

Ten Hag cited a lack of pre-season behind his early decision to drop Ronaldo, but Marcus Rashford’s fine form at centre-forward has left the five-time Ballon d’Or winner sidelined. The prospect of dropping Ronaldo appeared unfathomable last season, but Ten Hag has shown the character required to leave out big names if it favours the team as a whole.

Ronaldo’s football has been largely restricted to the Europa League this season, though he impressed off the bench against Everton – scoring his 700th club goal in the process – and will hope to regain prominence in the new manager’s plans.