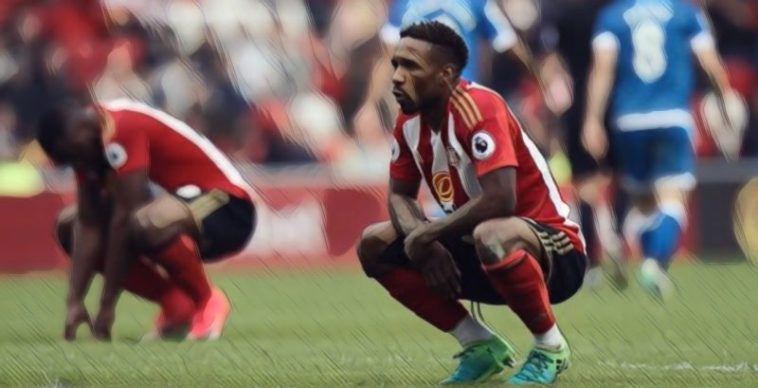 Whilst a title race appears to be non-existent with Liverpool seemingly cantering towards an elusive Premier League triumph, it is all to play for at the other end of the division in the desperate battle to beat the drop.

Salvaging top flight status is the sole focus for several clubs struggling near the foot of the table, and the tight nature of the Premier League means there is just eight points separating Crystal Palace in ninth and Aston Villa in the final relegation position.

So for those of you interested in the best football tips today, here are the five favourites to be relegated from the Premier League this season…

It’s beginning to look bleak for Daniel Farke’s Norwich side, the Canaries without a win in nine fixtures following their 4-0 thrashing at Manchester United last weekend.

Despite winning the Championship title in style last term, the club are beginning to pay the price for a lack of investment last summer with their over reliance on Teemu Pukki and Todd Cantwell for goals apparent, no other player having scored more than once in the Premier League so far this season.

Already eight points adrift of safety, Norwich must begin to put points on the board and quickly if they are to avoid an instant return to the second tier.

A home clash with fellow strugglers Bournemouth this weekend would be the right time to start.

Despite being amongst the biggest spending clubs in the Premier League last summer, Villa’s gamble at staying up is yet to pay off as the club have struggled to deliver consistent results.

Captain Jack Grealish has sparkled on occasion but the midfielder needs help from his teammates, the club looking void of ideas when the 24-year-old has failed to hit top gear, particularly in the absence of the injured John McGinn.

McGinn’s ankle injury is one of several suffered to key players at present, goalkeeper Tom Heaton and record-signing Wesley both suffering season-ending injuries during the New Year’s Day win at Burnley.

Smith must now plead with the board for attacking reinforcements having played without a recognised centre-forward in recent matches, the experienced Pepe Reina having already arrived on loan to fill the void left by Heaton.

Villa’s struggles are not confined solely to their forward options, however, with only Norwich having conceded more than their 43 goals thus far, a poor record considering the significant fees splashed on the likes of Tyrone Mings and Ezri Konsa last summer.

Bournemouth – 5/6 to be relegated

Is Eddie Howe’s Bournemouth love affair coming to an end?

The Cherries boss is under huge pressure for possibly the first time in his hugely successful career at the club, last weekend’s chastening 3-0 home defeat to Watford seeing Bournemouth drop into the bottom three.

The club have now suffered three consecutive defeats to teams in the bottom half without scoring a goal, whilst it is just one win in their past 11 fixtures in a worrying spell of form.

For so long Bournemouth have managed to punch above their weight in establishing themselves as a Premier League club, but a questionable transfer policy has aided their decline and there are fears the club are stagnating under Howe’s leadership after over seven years in charge during his second spell.

Dominic Solanke has failed to score a Premier League goal over a year on from his £19m arrival from Liverpool, whilst summer signing Arnaut Groeneveld has failed to make any impression since a £13.7m move from Club Brugge.

Solanke’s toils coupled with Callum Wilson’s loss of form has seen Bournemouth score the equal-least amount of goals in the division so far, whilst the out-of-sorts Ryan Fraser also seems destined to leave on a free transfer at the season’s end.

Changes need to be made if Bournemouth are to survive, but will Howe be the man to make them as the pressure continues to increase?

A dreadful start to the season that saw the club fail to win in their first 11 fixtures put the Hornets well adrift, but after sacking Javi Gracia and then Quique Sanchez Flores, the club seem to have stumbled upon an unlikely saviour in Nigel Pearson.

The former Leicester boss has taken the club back to basics and instilled a fight that was lacking previously, whilst the return from injury of talismanic captain Troy Deeney has also played a huge part in their mini-revival.

Last weekend’s 3-0 win at Bournemouth was the club’s third in succession and lifted them out of the bottom three, and whilst safety is far from assured the club look to be headed in the right direction.

Clashes with Aston Villa and Brighton over the next few weeks will likely give the club a clearer idea of their chances of survival, though Watford are undoubtedly the form club in the bottom half at present.

West Ham’s pre-season ambitions of pushing towards the top six look a distant memory now, the club’s having struggled to find any sort of rhythm or form throughout the opening months of the campaign.

Having slid towards the relegation places the Hammers opted to sack Manuel Pellegrini, bringing in former manager David Moyes for a second spell at the London Stadium in their battle to beat the drop.

The former Manchester United and Everton manager took charge of the club on an interim basis two years ago and dragged them towards safety, and the Scot will be tasked with a similar brief this time around.

Injury-hit spells for key figures such as Lukasz Fabianski and Manuel Lanzini have contributed to their struggles, however, a squad possessing plenty of quality has badly under-performed so far this season.

Moyes has the most talented players of all the club’s struggling at the bottom, and must now find a way to get the best from them as West Ham look to avoid an embarrassing and potentially catastrophic relegation.