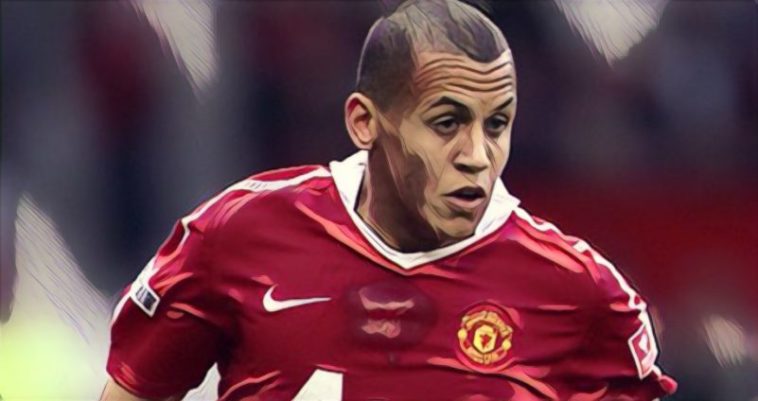 Every year there is a youngster somewhere at a Premier League club who is dubbed the next big thing.

There is often ridiculous pressure and hype on these young lads. Sometimes they come good, sometimes they fail spectacularly. Here is a look at five youngsters who were billed for the big time but fell way short of expectation.

Tipped as a future England captain, John Bostock’s £2 million switch from Crystal Palace in 2008 was seen as something of a steal for Spurs.

The midfielder had a big presence in midfield and had a silky left foot to go with it. Game time at White Hart Lane though was not forthcoming. Restricted to a few cup games his progress stalled.

Loan spells in the lower leagues did little to save him and he slipped out of all contention. Has since spent time in the second tiers of France and Belgium, before earning a return to a top flight division with Toulouse.

Football can be a cruel one. A few years ago, a picture emerged of a bloated, ruby cheeked man in a selfie at a late night takeaway. It was none over than former Man City wonderkid Michael Johnson.

It was a stark reminder that not every player makes it, even one as talented as Johnson. Dubbed the next Colin Bell, Urmston born Johnson was an outstanding talent in central midfield.

Able to dictate play with expert short and long range passing, he was also a dab hand at set pieces. City rejected Liverpool’s advances in 2008 but things quickly unraveled for Johnson.

A double hernia and knee injury saw him miss huge portions of the coming seasons. To make matters worse, a battle with depression saw him slip out of love for the game. A free agent in 2012, he never played professionally again. A real shame for City and for the game.

Delfouneso is a bit unlucky to have been trying to make his Premier League break at a time when his club was in chaos. After being named Aston Villa’s Young Player of the Season in 2009 and 2010, big things were expected of the forward.

However four different mangers had a pop at making Villa work between 2010 and 2012 and Delfouneso fell through the cracks during such a heavy turnover of bosses.

A hard working, skillful forward, sadly Delfouneso’s form was far too patchy when he was given a chance. He was also stuck behind the likes of Darren Bent and Christian Benteke for large chunks of his Villa career. Failed loan moves also popped a few more nails in his coffin and he finally departed in 2014 for life in the lower leagues.

The most naturally gifted player on this list by far. Morrison was a local lad who really should have come good.

Sir Alex Ferguson dragged Ryan Giggs and Wayne Rooney to watch him train. He would go on to confidently proclaim the attacking midfielder to be best youngster he had worked with in over two decades at Old Trafford.

Outrageously skilful and endlessly confident in one on ones, Manchester United looked to have done it again. A bright future seemed inevitable especially with Ferguson’s guidance.

Morrison though was a troubled lad and perhaps the hype got to him. Blighted with discipline issues off the pitch and a lacking in regular game time he slipped out the back door at United and joined West Ham. He helped The Hammers regain their Premier League status for 2012-13, but again struggled for game time. An apparent lack of willingness to listen and learn was holding him back.

The move ultimately failed to reboot his career and his precious talents have been dulled by moves, either temporary or permanent, to six other clubs since leaving East London. Now on the verge of having his contract with Lazio terminated after spending last season on loan in with Atlas in Mexico.

The ‘Fox in the Box,’ as he was once famously dubbed by legendary Arsenal boss Arsene Wenger. Jeffers came through the Everton youth set up where he caught the eye for his bursts of raw pace and tidy finishing.

With encouraging returns for Everton and a prolific record for England’s Under 21s, Jeffers earned a big money to Arsenal. The then pricey sum of £8 million raised many eyebrows, but then the lad was highly-rated and looked the part.

However, a succession of cruel injuries and some pretty world class competition, saw Jeffers slip down the ranks and quickly out of contention.

His one cap for England was marked with a goal against Australia, playing alongside fellow debutant Wayne Rooney. This was as good as it got for Jeffers though. Spells in The Championship, Scotland, Australia and even Malta were signs of just how far the former star had fallen from grace.