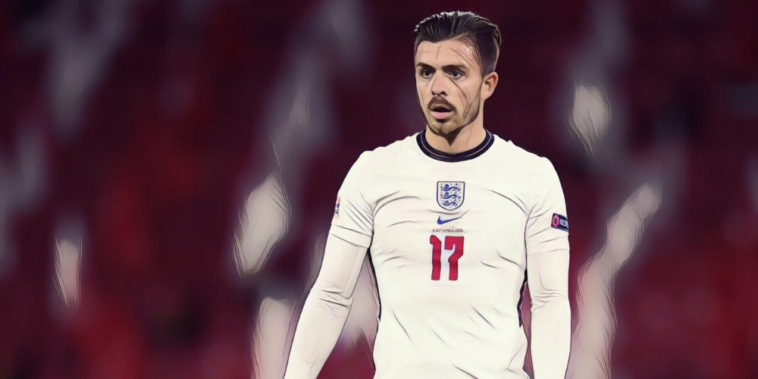 UEFA have announced an increase to squads ahead of this summer’s European Championship, with competing nations now permitted to name 26 players available for selection.

The increase of an additional three players to squads comes as a result of an unprecedented season of congestion, alongside the risk of potential Covid-19 enforced absences and subsequent periods of quarantine.

The news has added further intrigue to Gareth Southgate’s potential squad as England look to end a long wait for major silverware, a number of fringe players now possessing a stronger chance of making the final squad.

We’ve decided to look at five players who could benefit from the expansion to 26-man squads.

Trent Alexander-Arnold dropping from the England squad for March’s World Cup qualifiers was the glaring omission from Southgate’s selection, the Liverpool right-back having been a regular at international level in recent years following his rapid rise at Anfield.

The 22-year-old has formed part of a Liverpool side that has lifted the Champions League and Premier League over the past two seasons, though like many of his teammates has endured a sharp downturn in form this season.

England’s vast array of options at right-back means that Alexander-Arnold is competing with the likes of Kyle Walker, Kieran Trippier and Reece James for selection, though could an increase in squad size hand the under-fire full-back a lifeline ahead of this summer’s tournament?

Given the increase, it would perhaps be expected that Southgate names three of those four contenders amongst his options.

Alexander-Arnold’s attacking quality is not in doubt and he provides more in possession than those aforementioned options, but question marks remain over his defensive ability with his susceptibility to long diagonal passes in behind a major concern.

Alexander-Arnold has set extraordinary standards for productivity over the past two campaigns however, setting new records and registering double figures for Premier League assists in each of the past two seasons.

His delivery from wide could prove crucial to unlocking stubborn defences in a major tournament, if Southgate can find room for his talents amongst an embarrassment of right-back riches.

After initially taking time to win favour at international level despite incessant calls for his inclusion, Jack Grealish’s performances for England during the autumn fixtures seemed to have cemented his place in Gareth Southgate’s plans.

Grealish was enjoying the best season of his Premier League career before being struck down by a shin injury in February with the Aston Villa captain yet to return to first-team action.

The 25-year-old is running out of time to prove his fitness with just five games of the Premier League season remaining, though the increase to 26-man squads perhaps affords Southgate room to gamble on the fitness of a leading name.

Grealish’s impact for England last year saw him labelled as a player who could influence proceedings in the latter stages of a major international tournament and the midfielder is a footballer whose confidence in possession can add a new dimension for the Three Lions.

An increase to Southgate’s options could hand Grealish a greater chance to prove his fitness, whilst the same could also be said of Liverpool midfielder Jordan Henderson.

Saka’s omission from the England u21 squad for their European Championship campaign in March was the biggest indication of his status in Southgate’s eyes, though the Arsenal teenager withdrew from the senior side through injury during the most recent international break.

The 19-year-old has enjoyed an excellent season with Arsenal and has continued to enhance his reputation as one of the Premier League’s brightest young talents, but it is perhaps difficult to see how Saka fits into a starting England XI given the competition for places in wide roles.

Saka’s performances have also dipped slightly over the second half of the campaign, though his versatility could prove invaluable at a major tournament with the winger also comfortable centrally and as an attacking full-back.

Saka has failed to score and provided just one assist in his past 10 Premier League appearances, but his multi-faced talents could warrant inclusion in an increased squad for the Euros.

Harry Kane will start the tournament as England’s main man and arguably the Three Lions’ greatest chance of securing success, though the battle to be the Tottenham talisman’s deputy is competitive.

Ings finished as runner-up for the Premier League’s Golden Boot last season before starting the season in fine form, but injury setbacks and Southampton’s dreadful second half of the season appear to have put his place at risk.

Stylistically the 28-year-old is perhaps the best alternative to Kane, though Ings has seen Dominic Calvert-Lewin move ahead of him in the pecking order with the Everton forward having scored four goals in just seven caps since his debut last year.

It remains to be seen how many out-and-out forwards Southgate selects given the increase in squad, but hopes for Ings and his striking rivals have no doubt increased since UEFA’s announcement.

Ollie Watkins will join Ings in hoping to secure a place as one of England’s forward options, the Aston Villa star having made a goalscoring debut for the national side against San Marino in March.

Watkins’ call up was reward for a fine debut season in the Premier League with the 25-year-old having scored 13 league goals since a £28m club-record move from Brentford last summer.

The forward’s relentless running has won him admirers within the England camp and Southgate watched on as the star scored in Villa’s win at Everton last weekend, the forcing of Mason Holgate into a mistake unlikely to have gone unnoticed by the Three Lions boss.

Watkins faces competition from Ings, Calvert-Lewin and outside contenders Patrick Bamford and Callum Wilson for inclusion, but appears to have put himself in a favourable position ahead of the squad announcement.