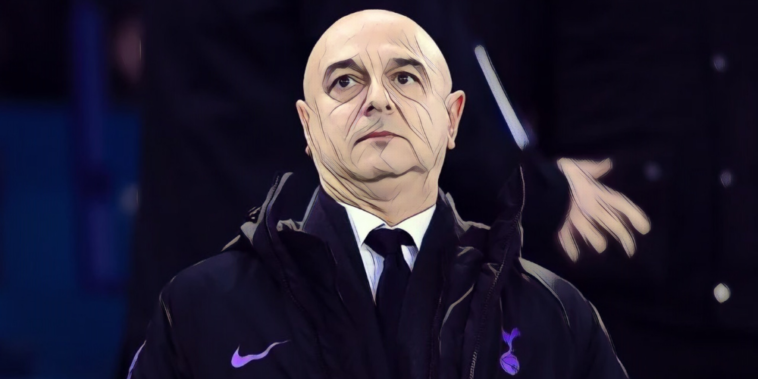 Tottenham are yet to identify a ‘leading candidate’ for their vacant managerial position with the club mulling over a number of ‘options’.

The north London side sacked Jose Mourinho last month following a disappointing second half of the season, the Portuguese dismissed and replace by Ryan Mason on an interim basis until the end of the campaign.

Spurs have been linked with a whole host of managerial names since Mourinho’s exit, though have seen a number of potential candidates distance – or rule out – themselves from taking charge.

Julian Nagelsmann was one name linked with the role before announcing he will leave RB Leipzig to take charge of Bayern Munich next season, whilst Ajax manager Erik ten Hag last week signed a new contract extension with the newly-crowned Dutch champions.

Leicester manager Brendan Rodgers is also understood not to be interested in replacing Mourinho, leaving Spurs to consider several options and draw up a shortlist of potential appointments.

According to The Athletic, Spurs are keen to appoint a manager with a proven track record of developing young players, having seen their fortunes stagnate under Mourinho following the success of the Mauricio Pochettino era.

Pochettino built a side based on several home-grown stars and developed players such as Harry Kane and Dele Alli, with the north Londoners keen for a similar profile of manager who can aid the progress of young talents such as Japhet Tanganga, Oliver Skipp and Ryan Sessegnon – the latter pair set to return to the club following their respective loans.

The club’s hierarchy are also keen to see a return of the high-energy attacking style of football that the Argentine’s approach brought, having endured Mourinho’s much-maligned pragmatic football.

The report says that at present, there is no ‘leading’ name in the frame with the club conducting detailed research, including sounding out contacts in Germany despite a preference for Premier League experience.

Spurs are cautious about stalling the club’s progress with another managerial mistake, but will hope to appoint a new manager with sufficient time to rebuild ahead of the 2021/22 season.

The North London club have been linked with likes of current Premier League bosses Graham Potter, Nuno Espirito Santo and Scott Parker, while there have also been links to Antonio Conte, Maurizio Sarri and Ralph Ragnick.

Read – Spurs must get next managerial choice right, but are fast running out of options