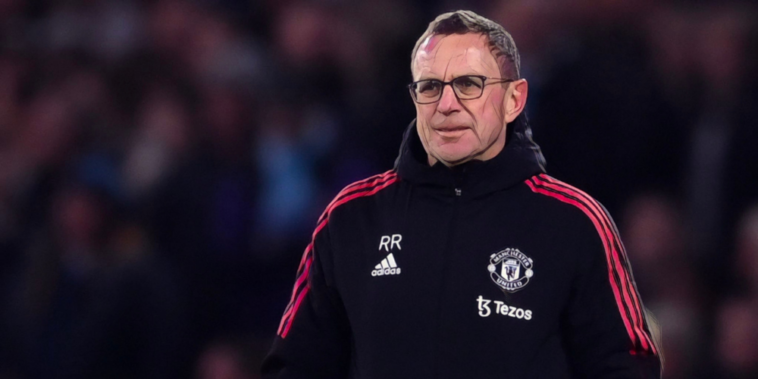 Manchester United’s interim manager Ralf Rangnick has been discussing the type of transfer policy that should be implemented at Old Trafford ahead of what is being described as a massive squad rebuild at the club this summer.

The 20 times league champions have employed a scattergun approach to recruitment since Alex Ferguson’s retirement in 2013, the results of which have manifested again this season with some truly dreadful performances on the pitch and the club set to miss out on a top four finish and Champions League football next season.

Rangnick – who will soon takeover as Austria manager – is set to work as a part time consultant for United when Erik Ten Hag takes over as manager at Old Trafford this summer. The 63-year-old German developed a reputation for elite recruitment during his stints at RB Leipzig and RB Salzburg and he has urged Man United to concentrate on finding young players on the way up in their careers rather then targeting ready made or aging superstars.

“My personal opinion is the club should try to find future top star players and develop them,” Rangnick told a press conference ahead of his sides clash with Brentford on Monday.

Rangnick was instrumental in RB Salzburg signing a 18-year-old Erling Haaland, and United’s interim boss used the Norwegian striker as an example of the profile of player the Red Devils should target.

“This is one of those players I spoke about but, on the other hand, he has developed in the last couple of years to probably one of the most expensive strikers in the world.

”He could be one of those examples to focus on and to try to identify and find, and then convince players who could be Manchester United players for the next couple of years.”