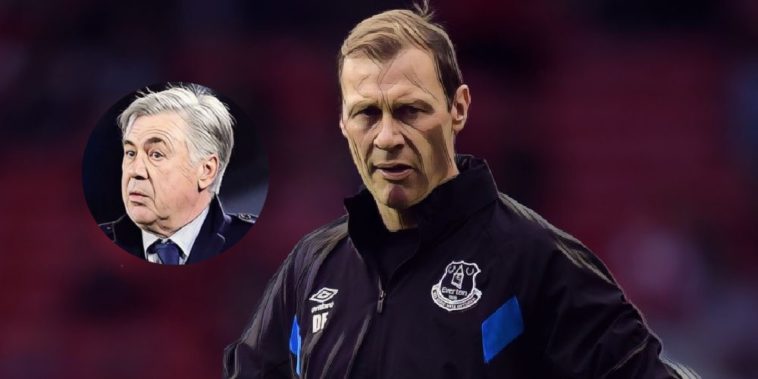 The Merseyside club have held advanced talks with the former AC Milan and Real Madrid boss about taking the vacant role at Goodison Park, with an announcement set to be made in the coming days.

The 60-year-old is amongst the most respected coaches in European football having won the Champions League three times and lifting domestic titles in four different countries, including winning a Premier League and FA Cup during a short spell at Chelsea earlier in his career.

Everton legend Duncan Ferguson has been in temporary charge of first-team proceedings since the sacking of Marco Silva earlier this month, and whilst the Scot remained coy on the club’s next appointment, admitted the calibre of manager being targeted demonstrates the ambition of the club’s project.

“I don’t know who the new manager will be, but [Ancelotti] is an incredible manager and he’s won everything,” said Ferguson at his pre-match press conference. “That’s the type of calibre of manager I’m sure the club are looking for and hopefully we will get a top, top guy coming in.

“We are really ambitious as a club, and we want to attract the best guys, it’s a massive club, Everton. Guys who you are talking of have done it all in the game, and we’d love these type of guys at our club.”

Ferguson’s long term future at the club remains uncertain with any managerial appointment likely to want to introduce their own backroom staff, though the 47-year-old has admitted he is keen to stay at the club under the new manager and continue his coaching education.

“It would be fantastic to work under a top manager, I’ve worked under a few in the past, and I want to continue my education, if possible.”