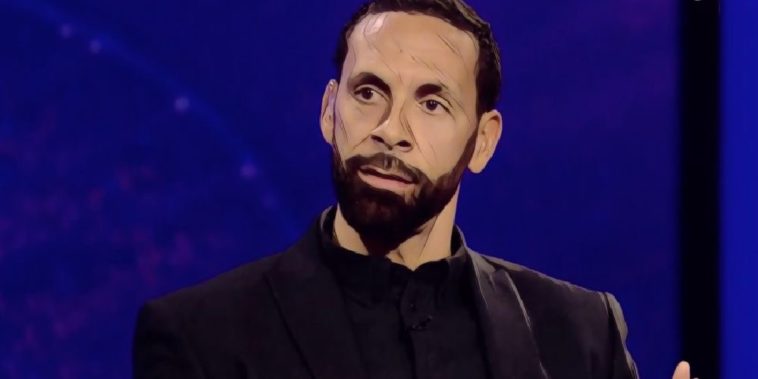 Rio Ferdinand has named Liverpool as his ‘standout favourites’ to win the Champions League despite the club’s last-16 first-leg defeat to Atletico Madrid.

The European champions will need to overturn a first-leg deficit if they are to reach the quarter-finals, Jurgen Klopp’s side having been beaten 1-0 by Atletico in the Spanish capital last week.

Elsewhere, perennial contenders Bayern Munich have one foot in the last eight after comfortably beating Chelsea 3-0 at Stamford Bridge, whilst Premier League champions Manchester City are firmly in the driving seat of their tie after a 2-1 win over Real Madrid at the Bernabeu.

Despite those impressive results, however, Ferdinand has backed Liverpool to defend their title and believes the Anfield outfit are the ‘stand-out favourites’ to lift a seventh Champions League title.

“I think they’ll go through against Atletico Madrid. I think it’s a tough game but I think Anfield gives it a different dimension.

“Bayern Munich looked great yesterday against a team who are searching for form and their own identity at the moment in Chelsea.

“So they may have peaked a bit early, who knows – going forward they are great but defensively I would be concerned a little bit about Bayern.

“But Liverpool are my standout favourites.”