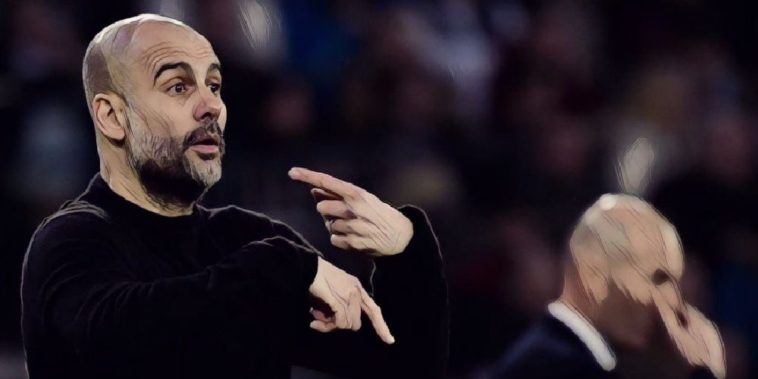 The Premier League champions secured a huge result by beating Real Madrid 2-1 in the first leg of their Champions League last-16 tie, coming from behind to secure victory in the Spanish capital courtesy of goals from Gabriel Jesus and a De Bruyne penalty.

Guardiola made headlines pre-match with his decision to omit Fernandinho, Raheem Sterling and Sergio Aguero from his starting team, the Spaniard opting to use De Bruyne and Bernardo Silva as more central attackers, while recognised forward Jesus was deployed on the left-hand side.

The approach delivered one of the finest European results in Man City‘s history as the club became just the third English side to win at the Bernabeu, though De Bruyne admits even the players are sometimes surprised by Guardiola’s tactical tweaks.

Manchester City become just the third English side to beat Real Madrid in their own back yard 👏 pic.twitter.com/JN813tQloZ

“I think, the four years we’re here with Pep, there are some surprises [within the squad], and even the players, they don’t know before the game starts what they need to do,” De Bruyne told BT Sport.

“Some [changes] were good. I think we had some lesser moments. In a quality game like this, you’re going to struggle sometimes, but I thought we really fought really well together.”

De Bruyne admits he was pleased with his side’s performance and their character in coming back after falling behind, the club now in a strong position to reach the quarter-finals for a third successive season ahead of the return fixture at the Etihad on March 17.

“It’s a very good start for the first game. The first 15 minutes we struggled for a bit but you have to go through the storm.” he said.

“It was a pretty even first half and we started the second half pretty well. The (Real) goal came at a bit of a bad moment for us because I think we were dominating at the time.

“I thought our response was brilliant. It was a beautiful goal from Gabi and the second goal, the penalty was very important for us.”