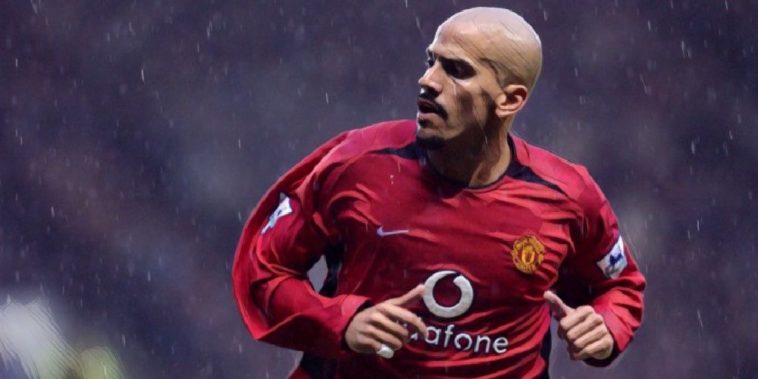 Rio Ferdinand has explained why the presence of Roy Keane was the biggest ‘problem’ for Juan Sebastian Veron at Manchester United.

Veron moved to the Premier League in a £28.1m British transfer-record deal from Lazio in 2001, but struggled to adapt to the demands of English football and was sold to rivals Chelsea just two years after his hugely anticipated arrival.

The Argentina international failed to make an impression at Old Trafford or in west London, but Ferdinand remains a huge fan of the midfielder’s talents and believes the presence of Manchester United captain Keane hindered Veron’s chances of becoming a success at the club.

Asked on his preference between Veron and former Real Madrid star Guti, Ferdinand spoke glowingly of his former teammate and recalled a memorable moment of training ground magic from the playmaker.

“Oh what a good question. Veron or Guti… For the older listeners, older viewers out here, Veron, Sebastian Veron, scored one of the best goals I’ve ever seen in training,” Ferdinand told his Instagram followers in a Q&A session.

“The little rabona thing, bang from the halfway line, the whole training session shut down, stopped. ‘Did you just see that, what Juan Sebastian’s just done there?’

“He was an unbelievable player, great passer. The only thing I think that killed him was Roy Keane was probably a bit more of a dominant personality and was picking the ball up in his positions.

“You have to remember Veron came from Lazio, Parma where he was the main man, the whole game went through him. He came to United, that’s what Roy Keane did.

“Keane came and got it off the defenders, passed it through to the midfielders and attackers, and got in positions and was very vocal, like ‘Yeah, give me the ball! Give me the ball!’

“And out of respect probably Seba just said, ‘I’ll let Roy keep doing that’. But Seba was an amazing talent. I honestly think without Roy Keane there he might have flourished in a Man United shirt.

“I think Roy Keane was his problem. And it wasn’t Roy Keane’s fault, it’s just that his personality was bigger and more overpowering.”