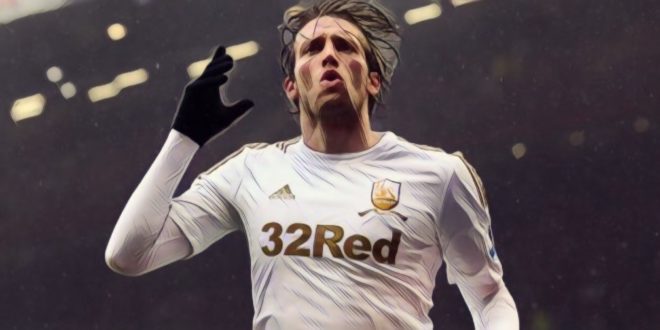 Five of the best ‘one season wonders’ in Premier League history

Harry Diamond 24/03/2020 Five of the Best, Opinion/Features Leave a comment

Ah, the ‘one season wonder’. Players who lit up the Premier League for a brief yet brilliant period, before seeing their form drastically dip before falling off the proverbial cliff face.

There’s something quite enchanting about a one season wonder – burning brightly before fading swiftly back into obscurity – and we’ve decided to celebrate some of the very best to have graced English football’s top tier in recent memory.

Here are five of the best ‘one season wonders’ in Premier League history:

Let’s kick this off with perhaps the one season wonder GOAT and a player who is still remembered fondly by Premier League fans, Michu looked like a star of English football following a stunning season in South Wales with Swansea.

The attacking midfielder arrived at the Liberty Stadium in 2012 for just £2m but soon proved to be one of the bargain buys of the season, scoring prolifically for Michael Laudrup’s side.

Michu quickly became a fans’ favourite and the Swans’ talisman, scoring 22 goals in all competitions and bringing a swaggering, nonchalant style – memorably scoring as the club won the first major trophy in their history with League Cup success in 2013.

The one-cap Spain international never recaptured the form that had made him briefly a Premier League star, but the streets will never forget a golden period for Michu and Swansea.

An unknown quantity following his arrival in English football at Wigan, Premier League defences soon became familiar with the talents of the bulldozing Amr Zaki.

The burly Egyptian signed for Steve Bruce’s side on an initial loan deal from Zamalek, making an instant impact scoring on his debut against West Ham before a run of five goals in his first six appearances.

The highlight of his Premier League career came against Liverpool in October, scoring twice at Anfield including a sublime overhead kick at the Kop end – Wigan seemed to have a real player on their hands.

Described as ‘better than Messi’ by Zamalek chairman Mamdouh Ammas, Zaki was linked with the likes of Real Madrid following his stunning spell in the North West, only for the love affair to end as quickly as it had began

Ten goals before Christmas was followed by none in the second half of the season, Bruce describing the forward as the ‘worst professional’ he had ever encountered, fining Zaki on four separate occasions for reporting late back from international duty.

Zaki also clashed with strike partner and compatriot Mido, leaving Wigan at the end of the season and failing to ever reach those same heights – later returning to the Premier League for a goalless loan spell at Hull.

Ipswich Town’s brief renaissance in the early 2000’s is remembered fondly by fans of the side, George Burley’s team winning promotion to the top flight via the play-offs before qualifying for Europe in their first season back at the top level.

The Tractor Boys’ success was built on the back of Marcus Stewart’s prolific goalscoring form, the forward hitting 19 Premier League goals as Ipswich finished fifth – ahead of Thierry Henry and behind only Jimmy Floyd Hasselbaink in the race for the division’s Golden Boot.

Unable to juggle European and domestic action the following season, however, second season syndrome took hold of Ipswich and Stewart as they struggled to continue their momentum, the forward looking a shadow of the player so deadly the previous season and scoring just six league goals as Ipswich were relegated.

Stewart later moved on to Sunderland, Bristol City and Yeovil before finishing his career at Exeter, never quite the same player as in his brief heyday at Portman Road.

The Paraguayan international headed to Blackburn Rovers with a decent reputation in the summer of 2007, ready to test himself in the Premier League after several seasons of warming the bench at Bayern Munich.

Even the most optimistic of Rovers fans did not expect the forward’s impact, however, Santa Cruz lighting up Ewood Park and scoring 22 goals in all competitions as Mark Hughes’ side finished seventh.

Only Cristiano Ronaldo, Emmanuel Adebayor and Fernando Torres outscored the South American star, but that was as good as it got in Lancashire for Santa Cruz who swiftly went off the boil.

Four league goals was a huge dip in an injury-hit season the following year, before an undeterred Manchester City recklessly splashed out £17.5m to take him to the Etihad in 2009.

More of a half-season wonder than a one season wonder, in all honesty, Ricketts fired Bolton to promotion to the top tier in 2001 before taking the division by storm over the opening months of the campaign.

The powerful forward scored 15 times in all competitions before February – including 12 in the Premier League – gathering the attention of Sven-Goran Eriksson and being included in the England squad for the first time.

🗓 As the international break draws to a close, ex-@England striker Michael Ricketts is the scorer of today’s BL6 goal of the day! #BWFC 🐘 🏰 pic.twitter.com/Jiw1JuWYf3

Ricketts made his international bow against the Netherlands – starting as fellow debutant Darius Vassell scored a stunning overhead kick in Amsterdam – but that would be as good as it got for the one-cap forward who failed to score a single league goal over the remainder of the season.

Ricketts left Bolton the following year to join Middlesbrough, though the rest of his career was one of frustration, failing to score more than five league goals in a season over spells at ten clubs, mostly outside of the Premier League.