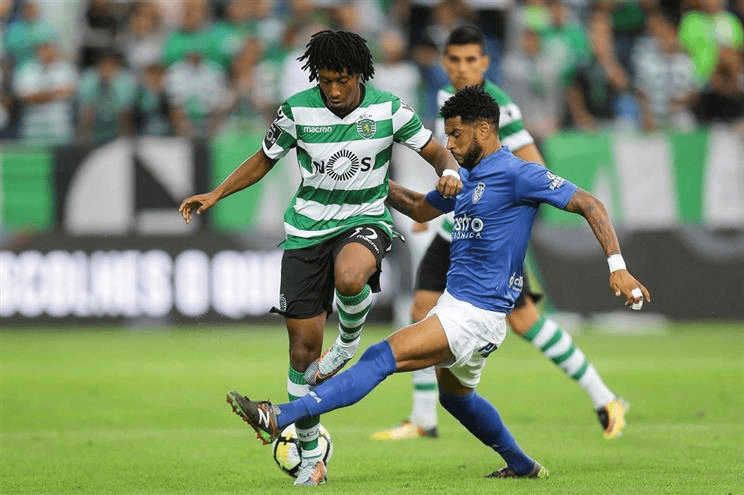 The Lions made their debut without former captain Adrien Silva in a difficult away match against Feirense.

Sporting started well enough with the team assuming control of the game during the first 15 minutes, although with no clear goal opportunities.

The team lost its confidence though, and Feirense started to emerge dangerously.

The home team got their first goal opportunity 30 minutes into the match. As a result of a headed pass into the penalty area, Etebo struck the ball towards the goal but was stopped by Rui Patrício.

Close to the end of the first half, Sporting nearly let one in following a horrendous mistake. After Sporting’s last defender Mathieu received the ball, he carelessly lost it to Edson Farias just outside the box. On a one on one with the keeper, he attempted to chip the ball over Patrício but it landed wide.

Until the whistle blew, Feirense continued to pressure their attacking third whilst Sporting appeared to be completely lost in the game.

The away team went into half-time searching for some much needed motivation after an underwhelming display of football. Feirense, on the other hand, showed they were not intimidated by one of the “Big Three” of Portugal.

The second half saw a massive increase in Sporting’s performance. The Verdes e Brancos finally managed to get a few good shots on target before crafting the first goal of the day.

Just a mere minute after the whistle blew, a great cross into the home team’s box saw Bruno Fernandes heading the ball straight towards the goalposts. But Caio made an incredible save, pushing the ball over the crossbar.

In another attack, Battaglia received the ball and tried a strong shot from distance, but to no avail as the keeper secured the ball safely.

In the 62nd minute, Sporting benefitted from a corner kick. The ball was crossed into the box and was met by a strong Coates header. Caio achieved a superb save at first, but Coates struck the ball again on the rebound and made it 1-0.

Less than three minutes later, a quick counter attack saw Gelson zooming across the field before aiming a long cross at Bruno Fernandes. The Portuguese delicately chipped the goalkeeper, scoring the second goal of the game.

With Sporting in the lead and showing superiority over the home team, the match appeared to be settled. But it wasn’t long until Feirense showed their own attacking prowess.

In an already good debut by Feirense’s João Silva, the player earned a well-deserved goal, heading the ball from a corner kick into the back of the net.

Acuña tried to extend the 2-1 lead with an unexpected shot that left Caio nailed to the ground, but the ball went just wide of the post.

The Sporting crowd was completely silenced when a brilliant pass by Edson Farias to Etebo set up the 2nd home goal. Etebo rushed into the box before producing an incredibly powerful shot, hammering the ball into the bottom left corner of Rui Patrício’s goal.

With 10 minutes to go, both teams attempted to reach the winning goal. Two outside-the-box shots from opposing players Tiago Silva and Bruno Fernandes were close to becoming goals but they ultimately led to nothing.

In the last minute of stoppage time, Sporting were desperate not to lose their first points in the league, while Feirense were hoping to continue their unbeaten run.

In a last crucial attempt to get a goal, Sporting started another attacking move. The ball was shot up high to Dost who headed the ball high into the box. Coates jumped to reach it but Luís Rocha simultaneously tried to kick the ball but encountered the Uruguayan instead.

As a result of the foul, the referee awarded a last minute penalty to the Lions.

Bas Dost stepped into the penalty area to take the shot. He struck the ball confidently and it plunged into the opposite side of the goalkeeper, into the bottom right corner. No chance at all for Caio.

The final whistle blew, making it 3-2 for the overjoyed Lisbon club.

Sporting therefore extend their victorious streak, having achieved their 5th win in five league matches. They are temporary league leaders as Porto have yet to play this week.