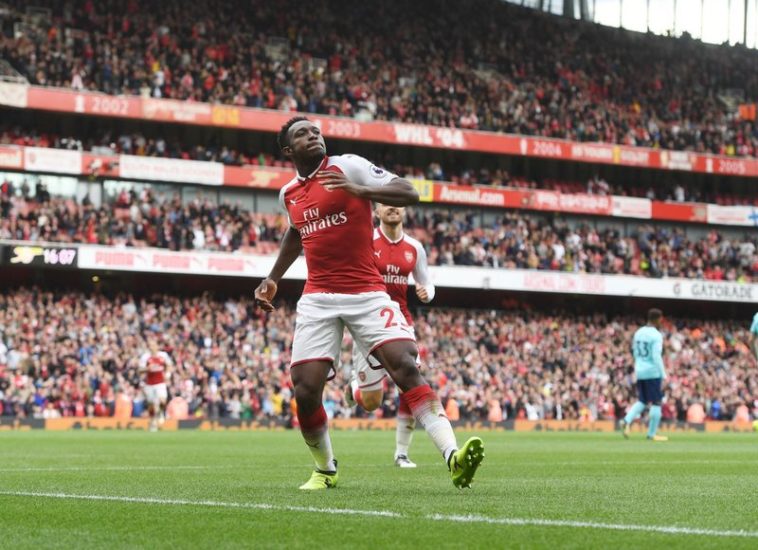 Arsenal got back to winning ways against a Bournemouth side who are still yet to register a point this season. Here are five things we learned from the encounter at the Emirates.

For some unknown reason, Arsene Wenger left Alexandre Lacazette and Sead Kolasinac on the bench against Liverpool. He did not do the same against Bournemouth and unsuprisingly, this paid off.

Kolasinac provided a superb assist for Arsenal’s first goal which Danny Welbeck converted and Alexandre Lacazette scored the second. When you only buy two players in a transfer window, it makes sense to play them.

With four games played, Bournemouth have collected 0 points from a possible 16. The Cherries have had a terrible start to the season and Eddie Howe’s side have now lost their opening four games of a league campaign for only the third time in their history.

Bournemouth were second best against Arsenal with individual errors to blame for two of Arsenal’s goals. Their next match against Brighton is definitely a must win.

A talking point of Arsenal’s season so far is why Wenger has chosen to start Danny Welbeck in every game. Welbeck repaid Wenger’s faith with two goals against Bournemouth to add to the one he scored in the opening game against Leicester. The England international has scored three goals so far this season, one more than he managed in 16 appearances last season.

In 11 games at the Emirates, Jermaine Defoe has still never scored. He came close when he hit the post but was substituted after another frustrating afternoon. He is yet to score for the Cherries since returning to the south coast but, with a striker of his quality, it’s only a matter of time.

When players want to leave a club and the move falls through, there is sometimes a chance that the fans might not forgive them. This was not the case with Arsenal fans and Alexis Sanchez.

The Chilean was presented with his Player of the Season award for 2016/17 before the match and when he came on in the 75th minute, he was mainly greeted with applause. As long as Sanchez gives his all this season, there shouldn’t be a problem.