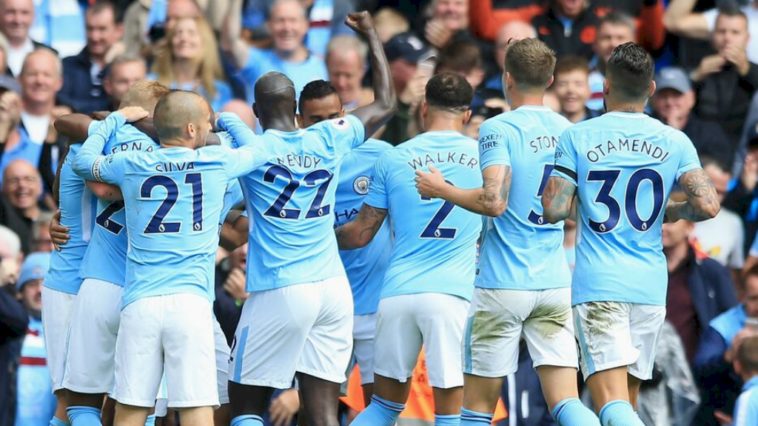 An outstanding attacking performance from Manchester City as they emphatically defeated 10-man Liverpool. Here’s our match report of this five goal thumping.

Kyle Walker returned to the team after missing City’s last game against Bournemouth due to suspension. On the other hand, Sterling missed this game against his former team through suspension.

The City captain, Vincent Kompany, also missed the game as he is struggling from an injury meanwhile long-term absentee, Gundogan, finally returned to the squad.

Despite featuring for Brazil in the international break Philippe Coutinho wasn’t deemed fit enough for this game. After signing on deadline day though, Alex Oxlade-Chamberlain was available for his debut but only made the bench.

Ragnar Klavan was a surprise inclusion ahead of Dejan Lovren in the Liverpool starting line-up. Klopp revealed that Lovren needed a rest and Klavan impressed him against Crystal Palace.

Liverpool made a good start to the game and were marginally the better side in the opening 20 minutes. However, in the 24th minute an excellent pass by De Bruyne put Aguero one-on-one with Mignolet. The Argentine calmly rounded the ‘keeper and slotted the ball in to make it 1-0 to City.

Soon after Salah was played in clean through on goal by Mané but Salah couldn’t make the most of it and his shot was too close to Ederson.

The biggest talking point of the game came just minutes before half time. Sadio Mané raced behind the City defence to latch on to a through ball. However Ederson got there first and Mané caught the ‘keeper in the face with his foot. Referee Jon Moss brandished a red card which meant an early bath for Mané. Ederson was down for a long time and was eventually stretchered off; thankfully the injury isn’t too serious though. 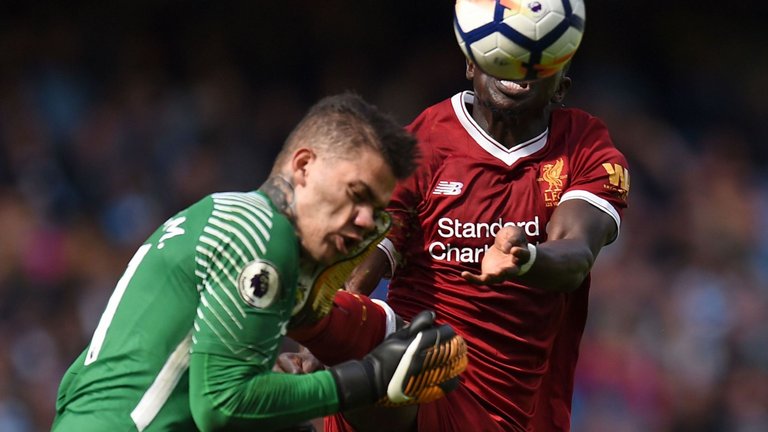 During eight minutes of injury time at the end of the half City managed to double their lead. An excellent cross from the left by De Bruyne put the ball on a plate for Jesus who nodded home.

At the break Alex Oxlade-Chamberlain came on for his Liverpool debut but it was to no avail. Just minutes in to the second half City managed to bag their third of the game. Aguero was played in behind the Liverpool defence and unselfishly squared it to Jesus to tap in.

In the 77th minute Sané, who had come off the bench, made sure Liverpool were truly dead and buried. Mendy, who had looked lively going forward, found a ball across the box to Sané who fired it in to make it 4-0.

City weren’t done there though, in the dying minutes of the game Sané doubled his tally with the best goal yet. A brilliant curling shot found its way in to the top corner with Mignolet left helpless. That goal ended things 5-0 to City as they trounced Liverpool.

It was looking like an enthralling game to begin with two attacking sides going at each other. Sadly the red card for Sadio Mané put an end to that.

Liverpool struggled to cope after being down to 10 men and Manchester City made good use of it. From the moment Mané was sent off City never looked like losing and they made things look easy.

Debate continues to rage on whether Mané should even have been sent off. This seems to be one of those decisions that has polarised opinion.

Mané only had eyes for the ball and it was too enticing a chance to pass up. Had he have gotten the ball he almost definitely would have levelled the game. However things did not go that way and instead Mané found himself second to the ball and caught Ederson in the face with a high boot.

The challenge could have resulted in serious damage to Ederson and it appeared that it had with Ederson having to be stretchered off. Luckily the injury isn’t too serious though but it could have added to the reasoning for Jon Moss showing a red card.

Whatever your opinion on the decision it can’t be denied that City were excellent after the dismissal and thoroughly deserved their 5-0 win.