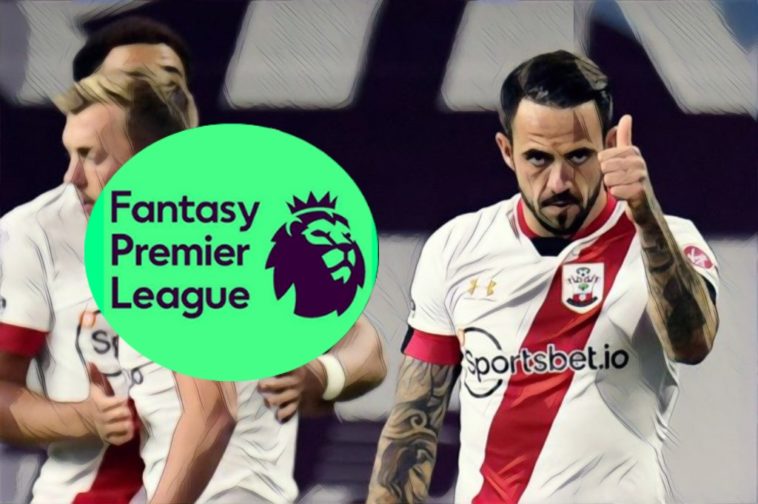 The Southampton striker had scored his fifth goal of the season that day against Aston Villa, his 27th strike since the beginning of last season, making him one of the most consistent forwards in the game.

Ings’ absence naturally leaves a big hole in many FPL squads, leading to a firesale ever since manager Ralph Hasenhüttel confirmed he requires surgery and will be out for up to six weeks.

We’ve looked at five of the best options to take his place, in order of price, to help you make a decision.

A more expensive option that will require you to dip into your funds or make a couple of moves to bring in, but Timo Werner’s form has improved in recent weeks.

The German striker has three league goals and an assist for Chelsea in the past four gameweeks, and scored twice in the 3-0 victory over Rennes in the Champions League midweek. Notably, he scored both from the penalty spot despite the fact Jorginho was on the pitch, indicating he is now on spot-kick duty.

Werner has started every league match this season, but he only played from the first whistle against Burnley due to an injury suffered by Christian Pulisic in the warm-up. At his price point you want to make sure he is absolutely nailed on to start every game, so that is a slight concern.

One of the few strikers who has bettered Ings’ level of consistency this season, Dominic Calvert-Lewin has returned in all but one of Everton’s seven matches in the Premier League this season. With 56% ownership at the time of writing, it’s very possible that you already have him in your team, but if you don’t then read on.

No one has scored more than the 23-year-old’s eight goals this season and he tops the league for expected goals from open play with 5.38xG.

The Toffees are not as fluid in attack without James Rodriguez (doubt) and Richarlison (suspended), but Calvert-Lewin is still liable to cause danger in the box. He has the third most shots (13) among forwards in the past four gameweeks, with nine of those coming from inside the opposition box.

Despite scoring as many goals as Harry Kane and Patrick Bamford, and more goals than Danny Ings and Sadio Mané, Callum Wilson is only owned by just under 15% of FPL managers.

The Newcastle United striker has become the team’s talisman in no time, becoming the team’s top goalscorer since the beginning of last season in just seven league games. His nine big chances are the second-most in the league behind Kane (10), and his ability to get shots off in the box (15) is impressive.

The worry with investing in Newcastle attackers is they play an uninspiring and boring style of football under Steve Bruce, and they’re always capable of a stinker on any given week. But Wilson is nailed-on to start every week and the fact he’s on penalty duty makes him all the more attractive.

Is the Newcastle man being overlooked in our FPL teams? pic.twitter.com/RcFN0Z0Csr

Ever since emerging as part of Chelsea loan system Patrick Bamford has been Mr. Inconsistency, the good but not-quite-good-enough striker seemingly destined to spend the rest of his career on loan to Championship clubs.

This season the Englishman has steamrollered the critics out of the way, scoring six goals for Leeds United this season – and it’s not some fluke. In the past four gameweeks Bamford leads the league for shots (20), shots on target (9), shots in the box (18), and big chances (7).

🔥 Only player in #LUFC history to score in their first three top flight games for the club? @Patrick_Bamford pic.twitter.com/eZKNnBtt7K

However, Bamford has only scored from one of those big chances, which, as the sitter he missed against Leicester suggests, means he still lacks the finishing ability to cut it at the very top.

But Marcelo Bielsa has designed this Leeds side in such a way that they fashion a lot of opportunities in every game; only Liverpool (123) have taken more shots (96), while they’re also sixth in the league for big chances (15).

Following a slow start to the season in which he made just one assist in the first four games, Che Adams has burst to life in the past three gameweeks, providing two goals and two assists.

The former non-league player is far from a shot monster, taking just seven shots in the last four games, but he has looked really sharp since the beginning of the campaign and arguably should have more goals to his name.

Moving from one Southampton striker to another would allow some measure of continuity, but it’s difficult to read into the statistics with Ings now out of the team. Since 2018 the Saints have won 36% of their Premier League games with him in the side – that number drops to 21% without him.

Ings obviously takes most of their shots and chances, but will Adams fill that void? Will he thrive as the main man or struggle without his strike partner? Adams provides the best value out of all the candidates on this list, but he also poses the most questions and concerns.