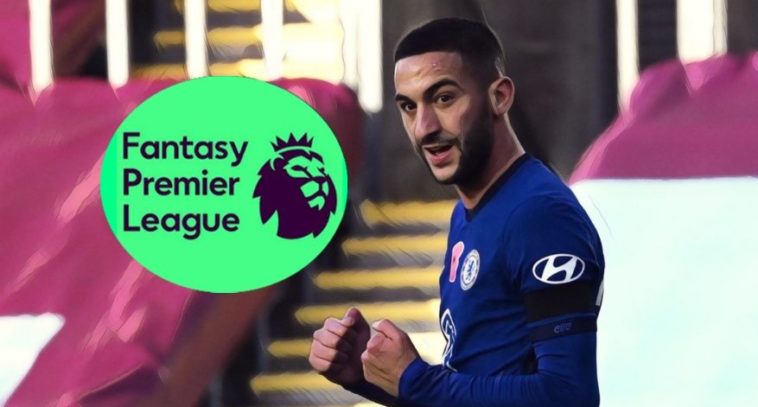 It was a good week for defenders making attacking returns too, as the average score across the game increased to 53 points.

A relatively low bar for Bernd Leno to hurdle this week to be the top scoring goalkeeper, as his clean sheet and three saves saw him earn seven points as Arsenal defeated Manchester United for their first away win at a Big Six club in 29 attempts.

Save of the season from @Bernd_Leno? 🤣🤣🤣

It was a great week for goal scoring defenders, none more so than Fulham’s right-back Ola Aina, who sent a screamer into the top corner of the West Brom net with his weaker foot. A rare clean sheet for the Cottagers ensured the Nigerian got maximum bonus points for his terrific performance.

Not for the first time this season a defender has scored on his debut, as Rayan Ait-Nouri found the back of the net against Crystal Palace. At just 19 years of age, it was a surprise to see the Algerian in the starting lineup, particularly as Nuno Espirito Santo favours consistency over rotation.

It was a change that paid off handsomely, however, as Ait-Nouri struck a Daniel Podence cross into the far corner to give Wanderers the lead and they retained the solidity the West Midlands outfit have become famed for. Romain Saiss’ benching will create a headache for FPL managers, though.

Kyle Walker’s daisy cutter was enough to seal all three points for Manchester City against Sheffield United, with the full-back also getting a clean sheet and all three bonus points. City’s attackers are not firing on all cylinders at the moment, but their defenders might still be worth owning if Pep Guardiola continues to favour solidity over panache.

Six of Walker’s eight Premier League goals have come from outside the box (@OptaJoe)pic.twitter.com/3NMJJKfKWk

The best Premier League stats of the weekend

We are seven games into the Premier League season and Kurt Zouma has as many goals as mega signing Timo Werner. This trend will obviously not continue, but the French centre-back is making good use of his aerial presence so far, which has convinced over 270,000 FPL managers to transfer him in this week.

Chelsea have now kept three clean sheets in their last four league games, as the combined effect of Edouard Mendy and Thiago Silva takes shape. The Blues might really be a solid outfit for once, and Zouma offers a cheap route into that defence at £5.2. He has two double digit hauls already.

💪 Top rated centre-backs in the Premier League so far

Despite playing Liverpool, Man City and Man United away, Arsenal currently have the best defensive record in the Premier League after seven games, conceding just seven goals. Hector Bellerín, who has played every minute of the campaign thus far, won the penalty that lead to Pierre-Emerick Aubameyang’s winner against United.

The Spaniard earned a tidy haul on top of that thanks to a clean sheet and maximum bonus points. At £5.0 he is the cheapest route into the Gunners defence right now.

Bouncing back with a big W pic.twitter.com/r6aqYgPLya

Two stunning free-kicks and an assist for another goal made it a weekend to remember for Southampton’s James Ward-Prowse, who has scored 13% of all direct free-kick goals in the Premier League since the start of last season. No player accumulated more than his 17 points over the weekend. With Danny Ings out with injury for now, the Saints may depend on the midfielder for goals and assists in the coming weeks.

Quite simply, a @Prowsey16 free-kick masterclass 🤩

Every once in a while Youri Tielemans has an absolutely monster week in FPL and this was one of them. The Leicester City midfielder scored the second goal in a 4-1 win over Leeds United, and was given the responsibility of scoring the fourth from the spot after Jamie Vardy was taken off late on.

The players with the longest gaps between Premier League goals

Aston Villa looked absolutely dead and buried after going four goals down against Southampton on Sunday, but Jack Grealish put in a masterful performance to bring the Villains back within touching distance. They still lost in the end, but a goal and two assists showed why the England midfielder is such good value at £7.3.

We have had to wait longer than anticipated to see, but Hakim Ziyech showed exactly what he has to offer Chelsea on Saturday, chipping in with a goal and an assist in the 3-0 win over Burnley. The Moroccan could be the key to unlocking the south west London outfit’s creativity.

Since the beginning of last season, Hakim Ziyech was directly involved in 3️⃣0️⃣ goals in 40 matches for both Ajax & Chelsea in all comps.

The former England striker still has that clinical edge, scoring seven goals in six appearances this season. Most impressively, he continues to deliver despite some of the Foxes’ most creative outlets, such as James Maddison, Ricardo Pereira and Timothy Castagne, being either missing through injury or not fully fit.