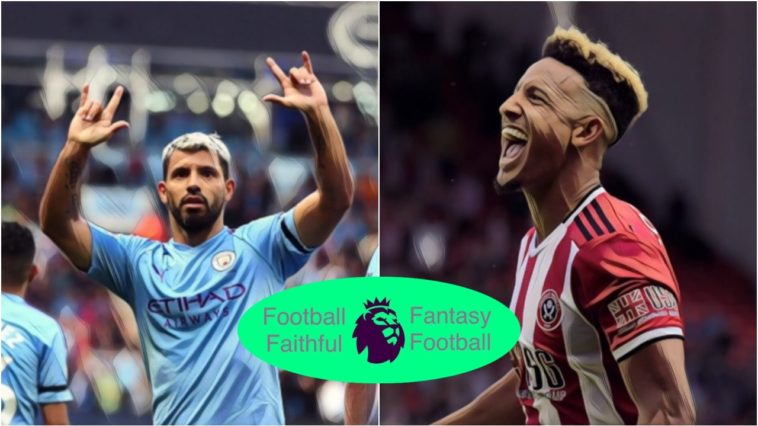 Throughout the new season we will compile a weekly dream XI of the game’s biggest points getters, the players who score highest in each game week regardless of price.

Here is our Fantasy Premier League Team of the Week for Gameweek 4:

The Polish international tends to score highly in Fantasy due to his tendency to make saves regularly, and the West Ham goalkeeper delivered three points in Gameweek 4 after keeping a clean sheet at home to Norwich.

Fabianski earned an additional point for making three saves, his performance helping Manuel Pellegrini’s side to a 2-0 win.

The joint-most expensive defender in the game, Liverpool’s flying full-back justified his hefty price-tag once more in his side’s 3-0 win at Burnley.

The England international’s cross deflected in off Burnley’s Chris Wood for Liverpool’s opener, his second assist of the season, whilst a first clean sheet of the season and two bonus points saw him finish with an impressive 11 points.

Back-to-back appearances in this team for the Southampton defender, who’s towering header secured his side a 1-1 draw with Manchester United.

Vestergaard’s goal earned him an additional three bonus points, the Danish defender finishing with a total of 11 for Gameweek 4.

A fine performance from the West Ham full-back, who was a constant threat throughout their 2-0 win over Norwich at the London Stadium.

Masuaku registered an assist and a first clean sheet of the season, his tally for the weekend reaching 12 after scooping an additional three bonus points.

The Belgian international has been in imperious form to start the new season, having registered five assists for the season already including one in City’s 4-0 win over Brighton on Saturday.

De Bruyne also scored his first goal of the season in the comprehensive win, claiming an additional two bonus points for a tally of 13 following his latest impressive performance.

Leicester’s club-record signing is up and running for the new season, scoring one and providing another in their 3-1 win over Bournemouth at the weekend.

The Belgian international’s first goal contributions of the seasons saw him finish with 12 points, and at just £6.4m could prove a smart addition to FPL squads if he can maintain this form.

After posting low scores over the opening three rounds, the Brazil international sparked into life in Gameweek 4 by scoring a brace in Everton’s thrilling 3-2 win over Wolves.

Richarlison’s first goals of the new season earned him a huge 15 points, the 22-year-old being given an additional three bonus points.

Listed as a midfielder despite often operating as a forward under Chris Wilder, £5.3m budget midfielder Robinson showed why he could prove to be a bargain with an 11 point haul this weekend.

Robinson was instrumental in Sheffield United’s fightback from two goals down at Chelsea, scoring one and providing the assist for Kurt Zouma’s own goal as the newly-promoted Blades secured a surprise draw at Stamford Bridge.

The second of three players to make it back-to-back selections in our FPL Team of the Week, Chelsea forward Abraham made it four goals in two games with a brace against Sheffield United at Stamford Bridge.

Two goals and an assist for the Foxes frontman, who starred during Leicester’s 3-1 win over Bournemouth at the King Power Stadium.

Vardy’s performance saw him earn an additional three bonus points and the 32-year-old looks to be in fine form, having earned a huge 24 FPL points over the past two fixtures.

The highest-scoring player in FPL after Gameweek 4, the Manchester City forward has started the season in profile form for Pep Guardiola’s champions.

It’s now six goals in four appearances for the Argentine, who netted another double in City’s 4-0 thrashing of Brighton. Aguero also registered an assist to earn three bonus points, finishing with 16 points for Gameweek 4.

At £12.1m he remains a premium selection, though one that will certainly guarantee big point hauls over the course of the season.

When you realise you should have captained Aguero rather than Sterling… ?#FPL https://t.co/kN9NziPa8X

Join our Fantasy Premier League by using this code: m7yqqi

Read: All of the major Premier League transfers on European Deadline Day