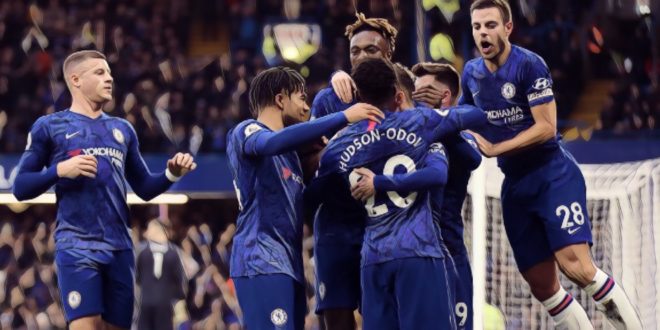 Fantasy Premier League – Team of the week for gameweek 22

Another weekend of Premier League action saw fantasy managers once again keep a watchful eye over proceedings, with a host of Manchester City stars delivering big points courtesy of a thumping win at Aston Villa.

January’s arrival has brought the second wildcard of the season, but are you amongst the host of fantasy coaches considering wholesale changes in the coming weeks?

If so, you might want to consider some of these stars, here is our FPL Team of the Week for Gameweek 22…

It’s now six successive shut-outs for Liverpool, who seem to have rediscovered the solidity that gave Jurgen Klopp’s side the best defensive record in the Premier League last season.

Goalkeeper Alisson is the most expensive shot-stopper in the game but justified his premium price-tag this weekend, securing nine points in the 1-0 victory at Tottenham courtesy of a clean sheet, two bonus points and an additional save bonus.

The league leaders have conceded just 14 goals this season and look in ominous form, investing in their defensive options could prove worthwhile in the coming weeks.

The Chelsea youngster has made a huge impression in recent weeks, being named Man of the Match in consecutive fixtures for Frank Lampard’s side.

James’ performances mean he’s likely to command an automatic starting position at right-back in the coming weeks, which could deliver healthy points totals courtesy of his ability to deliver from wide areas.

The 20-year-old registered eight FPL points this week against Burnley courtesy of a clean sheet and an assist for Tammy Abraham’s goal, whilst he also earned two bonus points following a strong showing.

Priced at £5m and with just 0.4% ownership, James is one to watch at present.

The second member of Chelsea’s backline to make our side, Azpilicueta was the joint highest-scoring defender of the round courtesy of a 12 point haul in the Blues’ 3-0 victory over Burnley.

His impressive points tally came after the Spaniard secured a clean sheet and three bonus points, in addition to an assist.

Azpilicueta’s double-digit haul was his second in succession after earning 11 points against Brighton on New Year’s Day, the Chelsea captain one of the in-form FPL defenders in recent weeks.

Carlo Ancelotti’s Everton revival continued with victory over Brighton this weekend, with Digne at the heart of their 1-0 victory.

The French full-back provided the assist for Richarlison’s winner, whilst a clean sheet also saw the 26-year-old claim three bonus points as the best player afield.

The Toffees have now kept three clean sheets in their past five fixtures after a miserable start to the season, their defensive options likely to be under consideration by FPL managers ahead of a favourable run of fixtures in the coming weeks.

Could the Manchester United academy graduate become the must-have bargain buy in defence? Priced at just £4m, Williams has impressed recently for Ole Gunnar Solskjaer’s side and could have overtaken Luke Shaw in the pecking order at left-back.

Williams provided his best ever FPL haul with 10 points against Norwich this weekend, earning an assist after winning a penalty which Marcus Rashford converted. Additional points for a clean sheet and bonus boosted his tally, and if the teenager can secure a regular starting position he should be in consideration as a budget fifth defender.

Two goals and an assist for Riyad Mahrez, the Algerian producing a superb performance as the champions dismantled struggling Aston Villa 6-1 at Villa Park.

It would be the winger who would open the scoring before doubling his side’s advantage, his performance earning him an additional two bonus points for a huge tally of 17.

The 28-year-old is now the sixth highest-scoring midfielder in FPL, netting his fifth double-figure haul of the season this weekend.

Mahrez's 5.6% ownership is only going to go one way…

What a run of form it has been for Watford, whose revival under Nigel Pearson has seen the club climb out of the relegation places at long last.

The Hornets’ latest impressive showing was a 3-0 victory at fellow strugglers Bournemouth, midfielder Doucoure at the heart of their success against the Cherries, opening the scoring at the Vitality Stadium.

The Frenchman also provided an assist to register his highest score of the FPL season with 14, whilst he has now also provided attacking returns in each of the past three gameweeks.

Priced at £5.6m, he could be a smart acquisition given Watford’s recent form.

It’s proven to be a frustrating season for Juan Mata at Manchester United, but the Spaniard’s performance against Norwich was a reminder of his qualities.

Handed a rare opportunity from the start, Mata would state his case for regular inclusion with a fine performance, providing two assists during a convincing win.

The 31-year-old’s showing saw him earn 11 FPL points, remarkably the first time he has scored higher than three so far this season.

A budget buy who delivered this weekend, Dendoncker scored his second goal of the season as Wolves were held to a 1-1 draw by Newcastle at Molineux.

The midfielder’s price-tag of £4.4m and status as first choice at Wolves makes him a popular selection, his 10% ownership being rewarded with a double-digit haul this weekend.

Everton’s Richarlison and Leicester’s Dennis Praet could match Dendoncker’s 10 points, though the Belgian’s value for money earns his inclusion in our side.

One of the most reliable FPL players of the season delivered once again this weekend, Rashford scoring twice in United’s 4-0 victory over Norwich to take his tally to 14 Premier League goals for the season.

The 22-year-old’s brace helped him earn 12 points for Gameweek 22, the fourth time he has achieved a double-figure haul so far.

It’s now 134 points in total for the England international, with only Sadio Mane, Jamie Vardy and Kevin De Bruyne having accumulated more.

No player has scored more braces in the Premier League this season than Marcus Rashford (3).

The big scorer from the weekend’s action was Manchester City‘s Sergio Aguero, the Argentine becoming the most prolific foreign goalscorer in Premier League history courtesy of a hat-trick at Aston Villa.

Aguero would also help himself to an assist in a huge haul at Villa Park, his 20 points scored amongst the highest individual totals of the season so far.

The 31-year-old’s treble also saw him eclipse Alan Shearer for the most ever Premier League hat-tricks, and the premium purchase must now surely be on the radar for FPL managers in the coming weeks.