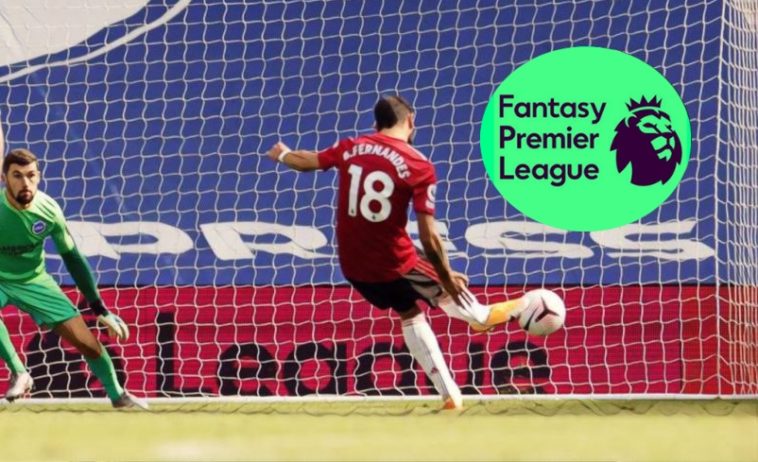 It was a strange and mostly terrible week for Fantasy Premier League managers staring at their phones and seeing their team score barely tick upwards with every game that passed by.

The average score was just 43 compared to last week’s 59, leaving a lot of FPL managers frustrated at their lack of returns. Were you one of the lucky ones with some of these players in your team?

After experiencing two ding-dong battles on their return to the Premier League, Leeds United finally kept a clean sheet in the Yorkshire Derby against Sheffield United. The French shot-stopper Illan Meslier was in top form, making four saves on Sunday to bring him to ten for the season. That was enough to secure all three bonus points and ten overall.

West Ham’s best performance since the 5-0 win over Norwich City last season saw them cruise to a shock 4-0 win over Wolves at the weekend. Arthur Masuaku got an assist to go along with his clean sheet, and three bonus points to give him 12 overall.

Flying today 🚀 best way to (finally) start our season and 3 points well deserved 🔥 and very happy with the assist of course #KingArthur 👑⚒ pic.twitter.com/uYtnFw19Mn

Aston Villa were not greatly troubled by Fulham on Monday night, although the Cottagers did have a goal ruled out for a foul in the buildup by Aleksandar Mitrovic. Regardless, it was plain sailing for the Villa backline, who dealt with the home side’s crosses easily.

Tyrone Mings scored one of their three goals at Craven Cottage and managed to secure one bonus point despite receiving a yellow card, giving him 12 overall on the day.

"This is all too easy for Aston Villa…"

Andy Robertson is enjoying a great start to season, getting a goal, assist and clean sheet in Liverpool’s first three games. Against Arsenal the Scot creeped in at the back post to meet a cross from his fellow full-back Trent Alexander-Arnold to score past Bernd Leno. Although he committed an error leading directly to Alexandre Lacazette’s goal, he still managed to earn two bonus points to bring him to ten overall – and save the gameweek for many a manager.

Jarrod Bowen was quiet in West Ham’s first couple of games, but he sprung into life against Wolves, scoring two brilliant goals to help the Hammers to a decisive victory. That gave him 15 points, the second highest total of any player this gameweek. The English attacker now has three goals and four assists in 13 starts since joining the London outfit in January, giving him 0.5 goal involvements per start. Tidy.

A wonderful finish by Jarrod Bowen for West Ham! ⚒️

A terrific display from Conor Hourihane saw the Irishman pick up all three bonus points on Monday after contributing a goal and an assist to Aston Villa’s 3-0 victory over Fulham. Hourihane only had 31 touches of the ball, but he didn’t have to work too hard to make them count against a tepid home side, earning him 14 points along the way.

Almost 15,000 managers transferred Mason Mount out of their FPL squad this week and they were probably regretting that massively on Saturday as they watched the English midfielder return a goal and an assist against West Brom. That earned him 12 points, two of which were bonus.

Once again one of our Lock of the Week picks on The Fantasy Faithful podcast came through after Riyad Mahrez scored against his former club. The winger is not a ‘first name on the team sheet’ player for Pep Guardiola, but when he does play he can offer up something spectacular.

That’s exactly what he did on Sunday with his rocket of a hit against Leicester City. After adding an assist for Nathan Ake’s goal late in the match, the Algerian earned two bonus points to give him 12 overall.

Wait for the reverse angle of this Riyad Mahrez strike…🤤🎥

It was looking like a subpar fantasy performance from Manchester United’s Portuguese playmaker, having received a yellow card and made just one (admittedly brilliant) assist by the time the final whistle initially blew. Bruno Fernandes’ owners were saved, however, by a penalty decision that came ‘after’ full-time.

‘Penandes’ slotted the spot-kick home in the 100th minute, the latest goal in the Premier League since 2011. It demonstrated exactly why he is such an important asset to have, even when United aren’t playing well, picking up a creditable 12-point haul.

The referee had blown the final whistle, only for VAR to award a penalty for a clear handball…

Premier League Team of the Week for gameweek 3

This was a quintessential Jamie Vardy performance on Sunday after the striker took the least amount of touches of any player on the pitch, but came away with a hat-trick and 17 points against Man City, the biggest haul of the gameweek. One of the best players at both winning and taking penalties, his two goals from the spot were a timely reminder of his fantasy potential.

Vardy came off with what looked like a groin injury late on, meaning he now has a yellow warning next to his name, but after the game the Leicester striker said he would be fit and ready for next week.

How we all reacted yesterday 🤯 pic.twitter.com/gaogZtexRU

Not even 1% of FPL managers currently own Callum Robinson, but the Irish international was on fire against Chelsea, scoring a first-half brace to send West Brom into a shock two goal lead. The striker only had 14 touches and three shots during his 65 minutes on the pitch, but he came away with a terrific 13-point haul for his efforts.