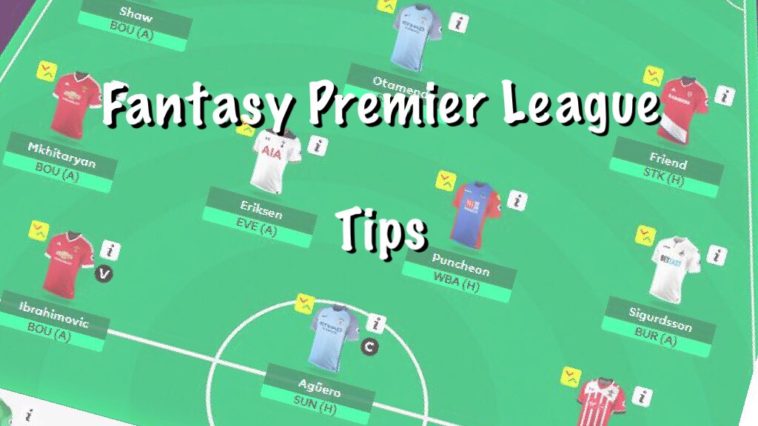 Football fans, it’s time to start preparing for a summer of withdrawal symptoms as the 2016/17 Premier League season draws to a close.

Much like the Premier League, there’s no doubt still loads to play for in your fantasy football leagues as we gear up for double gameweeks and unexpected teams emerging from nowhere to give it one final push (I’m looking at you Sunderland).So if you’re looking to gain 30 points on Jeff from IT in your work league, or climb above your friends who haven’t changed their team all season, this article is the right place for you.

Without further ado, here are five tips for the last five weeks courtesy of Fplbet.

#1: If you’re lacking Spurs players I feel bad for you Son, I’ve got 99 problems but Kane ain’t one.

Chelsea’s 2-0 loss to United meant that Tottenham closed to within just 4 points of Conte’s men – who many thought had the title under wraps. Spurs look unbeatable at the moment and have served up two 4-0 victories on the bounce.

A look at the current league table reveals that Spurs have the second best attack (68 goals scored, 1 less than Liverpool) and the best defence (22 goals conceded). Owning three Spurs players at this stage in the season is logical as they look to keep the pressure on leaders Chelsea.

Harry Kane & Dele Alli are your best source of points, whilst Christian Eriksen, Son Heung-Min & Kyle Walker are all good options for the third spot. Avoid the first two at your peril.

#2: Players with something left to play for are more likely to score points and less likely to be rotated.

Whilst studying performance trends from Double Gameweek 37, we noticed underlying statistics that proved players with ‘something left to play for’ are more likely to score points than those without.

If you combine week 37 of the 2013/14 and 2015/16 seasons, 75% of the top 20 highest scoring players were either involved in the relegation battle or pushing for the title, top four or European football.

This season should present a good selection of teams to choose from with the title, Champions/Europa League spots and the relegation battle still far from concluded.

#3: Plan ahead to Double Gameweek 37, but don’t compromise your team by transferring out in-form players.

When double gameweek 37 rolls in we’ll all – especially those of you with your Wildcard & Bench Boost chips still intact – face the temptation of loading up on as many players who play twice as possible. After all, you’d rather have a player who plays twice than one who plays once…right?

Fortunately this time around a lot of popular players will be playing twice anyway, but looking ahead, I can see lots of people transferring out in-form Romelu Lukaku for somebody who players twice – as the Everton man only has a singular match against Watford (H).

Don’t do it. The highest scoring players in DGWs 34 & 37 last season were Sergio Aguero (26pts) & Lamine Kone (21 points) respectively, both of which only had one fixture.

The end of the season is an absolute rotation minefield, so plan your transfers accordingly and make thorough assessments of each player. Does their team NEED them in this fixture? Has he been subject to rotation previously this season?

Now is the time to trust your gut and make some bold decisions – especially if you’re trying to close in on your mini-league leaders. Don’t be afraid to ditch a high ownership player for a differential, or to stick the armband on a player that you have a feeling might do well.

If you’re going to close ground on your opposition, you need to forecast their decision and decide whether to stick or twist. Sticking would mean you block any points they gain (meaning they can’t increase their lead), twisting would be a risk where you try and outscore their player.

I wish you all the best of luck for the end of the season. If you enjoyed this article, you can find more of my Premier League Fantasy Football articles by clicking the link.

This article was written by @jamieFPL from Fplbet. If you would like to write regular articles or indeed submit one off guest publications then you can. Here are the Full Details