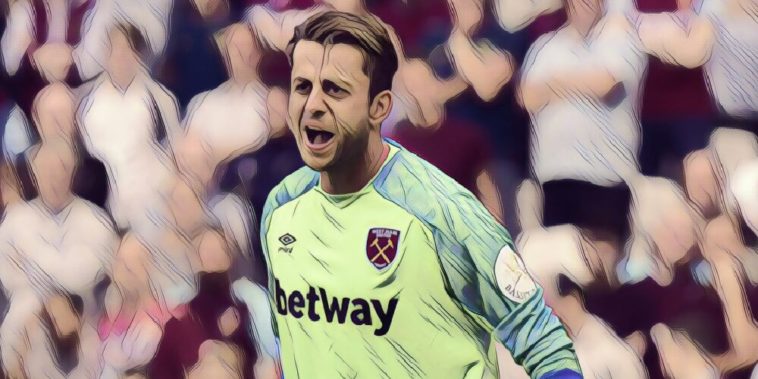 Lukasz Fabianski has said West Ham are heading in the right direction, despite sliding to a third successive defeat and to the bottom of the Premier League.

Having already lost against Liverpool and Bournemouth in their opening Premier League games, West Ham took the lead against Arsenal at the Emirates thanks to a Marko Arnautovic strike.

Goals from Nacho Monreal and Danny Welbeck either side of an Issa Diop own goal on his debut saw Arsenal win the game 3-1 to pick up their first points of the season, leaving West Ham at the bottom of the league, albeit at this very early stage.

However, despite the result and their current league position, Lukasz Fabianski thinks that the Hammers are going in the right direction under Manuel Pellegrini:

“It was pretty busy for me, but you expect that against teams like Arsenal away from home,” Fabianski told the BBC.

“The most important thing is the team and we lost, so I cannot be fully happy. We had some pretty good chances, a good chance at the end of the first half to go 2-1 up.

“Their second goal was a little lucky. Some details can cost you the game, but we can be pleased with the performance. With a bit more work and belief in what we are doing we can improve and do better.

“There were periods of the game where we looked solid, compact and like a team that wanted to go forward and attack.

“It’s all about keeping belief, because when you look at our squad there is a lot of quality individually.

“There is still a lot of work to be done, but from what I have seen today we are going in the right direction.”