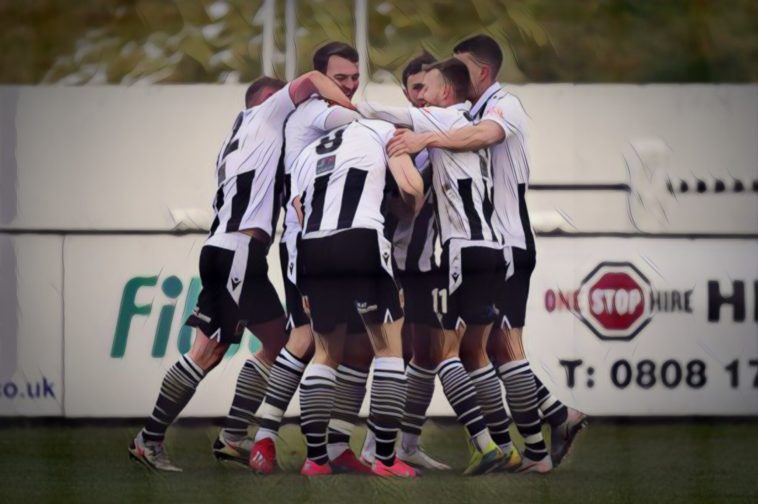 The third round of the FA Cup got underway this weekend, and Saturday offered plenty of great goals, unlikely upsets and talking points.

With Derby County forced to field a makeshift lineup of youth players after their senior squad was hit with a coronavirus outbreak, Chorley secured the shock of the weekend by beating the Championship team 2-0.

He's found the net in the first, second & third round 💥#EmiratesFACup @chorleyfc pic.twitter.com/qozReIHTXl

The Magpies, who play in the National League North, will now earn up to half a million pounds after reaching the fourth round thanks to goals from Connor Hall and Mike Calveley. It was the scenes in the dressing room that really brought home just how much it meant to the players, as they belted out an Adele classic.

Here we go, then – @Adele 🙌 pic.twitter.com/jPhuIvu6dZ

Probably not the best practice during a pandemic, mind.

McTominay marks first start as skipper with a goal

As expected, Ole Gunnar Solskjaer put out a second string side to face Watford on Saturday evening. With Harry Maguire, Bruno Fernandes and David De Gea sitting this one out, the manager handed the armband to Scott McTominay for the first time.

It was a big vote of confidence in the 24-year-old, who has put in some good performances when called upon this season. The Scottish midfielder repaid the faith almost immediately by heading the ball into the Hornets’ net after just five minutes.

It turned out to be the winner, marking a terrific night for McTominay.

Leicester City have found themselves a real gem at full-back with James Justin, who has nailed down his starting spot following a series of great performances in the Premier League this season.

The 22-year-old really flexed his attacking abilities in the first-half against Stoke City, cutting inside before releasing a doozy of a strike to open the scoring.

The need for extra-time in cup matches these days is questionable, but it’s especially laborious when the preceding 90 minutes offers little quality on show. Arsenal’s tie with Newcastle United being a case in point, offering little in the way of entertainment in regulation time.

The Gunners turned on the style in extra-time though, scoring twice to progress to the next round. Emile Smith Rowe continued his recent good form by scoring with a terrific finish following a delicious move that he instigated.

Plymouth Argyle pulled off an upset when the League One outfit defeated Huddersfield Town 3-2 in a back-and-forth contest. The goal of the game came from the Terriers, however, when Aaron Rowe let loose from range to find the top corner.

One of the goals of the weekend 🔥 pic.twitter.com/hyHg0rnKoZ

It’s been a tough few years for Blackpool, who went from the euphoria of Premier League football all the way down to the fourth tier in the space of seven tumultuous seasons. But the club have stabilised in recent years and picked up a big cup win on Saturday.

The Tangerines took West Brom all the way to penalties following a 2-2 draw after extra-time, in which they managed to win 3-2.

Lots of time for the high-pitched 'wooooo' celebrations at the end of this team goal 😂#EmiratesFACup @BlackpoolFC pic.twitter.com/DJqIyS35dT

While it was a great moment for the League One outfit, it piled on yet more misery for the Baggies, who are yet to win under Sam Allardyce.

This season has been absolute misery for Sheffield United, who remain rooted to the bottom of the Premier League table with just two points from 17 matches.

The FA Cup managed to offer them some respite, though, as they beat Bristol Rovers 3-2 in a ding-dong battle. It was the Blades’ first win of the season, but it also represented a milestone for manager Chris Wilder with his 100th victory since taking charge in 2016.

What a move this is.

Another match that really did not need an additional 30 minutes, Fulham overcome QPR in a west London derby at Loftus Road with two goals in extra-time. Neeskens Kebano scored the second, and celebrated scoring against their local rivals with an expressive dancing.

The finish or the dance? 🕺

The finish wasn’t too bad, either.

Who else but Cameron Jerome?! 🤩