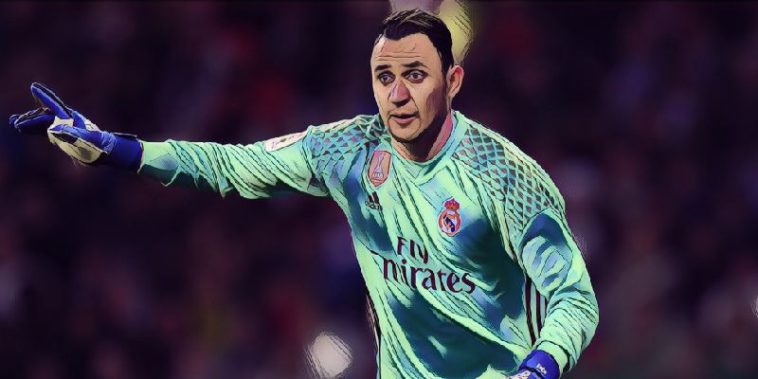 Ever since he joined in 2014, Keylor Navas has never been the public favourite at Real Madrid. Despite proving his class and guiding his team on numerous occasions, the goalie is always being called incompetent, passionless or being hated on. This article aims to explain the Costa Rican’s importance at Madrid, and aims to clarify the reason behind his low popularity among fans.

Statistically speaking, Navas is as good as anyone. The shot stopper has better stats than higher rated keepers like Neuer, Buffon, De Gea in key areas, but he is constantly regarded to be an entire class lower than them. He makes the same mistakes any other keeper makes, he gives his best, then why the hate?

Everything, the hate, the boos, the unpopularity is due to Navas being a victim of politics inside the club. At Real, the internal politics of the club interferes with on-the-pitch matters quite a bit, Keylor knows this better than anyone. Madridistas are known for being a reactive bunch as well, cheering players at one moment, booing and whistling at the other. Politics, added to be the uncertainty of the fans is a recipe for disaster.

To understand Navas’ situation at Real, we need to go back to before he joined. Iker Casillas was the club’s main keeper at the time, but because of being benched and overlooked by Jose Mourinho and Ancelotti, the legend’s time at Madrid seemed to be over. This meant that Real needed a new #1. Navas was picked up after the 2014 World Cup, where he guided his nation to a historic round-of-16 finish. Taking over Casillas’ post was never going to be easy, given the status of the player at the club, and Keylor’s background made this harder. He was picked up from Levante, for €10 million, and was definitely not too high on the fans’ list of possible successors.

So we know Navas was never really wanted by the fans. In fact, he was almost sold to United in 2015 in exchange for David De Gea, in one of modern day football’s craziest transfer sagas. The infamous fax machine didn’t work on deadline day, if it had, this article wouldn’t exist, and neither would Navas’ extensive collection of winners medals.

At Real, the public’s perception of a player is manipulated by what the President, Florentino Perez thinks of him. Although Perez cannot publicly take shots at his own players, it is well known among the Real faithful that the Perez doesn’t particularly fancy Navas. Gareth Bale, Real’s most expensive player, rated highly by Perez has had little to contribute over the past 2 years at the club, but is not ever called out or told by the fans to leave, not to Navas’ extent at least. (Although being injured for a significant portion, Bale has not offered much when fit.)

Everything taken into consideration, you can understand why the Costa Rican keeper isn’t a fan favourite. Despite having Zidane’s backing, things aren’t in favour of Navas.

People will make you believe that Navas is a glorified Massimo Taibi, saying Navas is far inferior to every other goalkeeper playing for a big club. If you check the stats, you find this is nowhere near the truth. Luckily, you don’t need to waste your time and internet comparing Navas to Neuer, De Gea and others, we did it for you.

Last season in the domestic leagues, Navas (73%) had a better save percentage than Thibaut Courtois (71%) and David De Gea (72%), and a save percentage marginally (1-2 percent) worse than Jan Oblak (74%), Gianluigi Buffon (75%). Manuel Neuer with a save percentage of 80% was the only one a fair bit ahead.

Keylor conceded slightly more goals and kept significantly less clean sheets than the others, but this is mostly down to Real’s traditional attack based football, different from the play-styles of the others. Navas also has a higher overall average rating on the site we did these comparisons on (SofaScore).

What is further to fuel to the notion that Navas is just as world class as his competitors, is his contribution to his country. Navas, like mentioned before, played a huge part in his nation’s 2014 World Cup campaign; and again in Costa Rica’s qualification campaign for Russia 2018. Although every other goalkeeper has done a massive amount for their country, the national team is not as dependent on them as Costa Rica is on Navas.

Contribution to the Real team.

Other than saving shots, Keylor Navas does another vital thing for Real on the pitch, something not noticed by many. Los Blancos have always been rated for their quick, devastating counter attacks from the back. Time and time again, Real catch the opposition on the break from a corner or free kick, and the critics wow at the result. These type of goals have scored Real a lot of wins, and a significant portion of the club’s goals are scored in this fashion.

What most fail to realise, is the goalkeeper’s contribution to this move. The corner is swung in, the keeper catches it, throws it forward, attackers take care. That’s how a typical counter-attack takes place. Without the goalkeeper quickly catching and spraying the ball up-field, this move is impossible. Quickness, agility and a power throw/kick are key.

Navas does a fine job of doing this, the aforementioned attributes are his most praised ones, by professionals and critics alike. The Real team has to change up its entire play style in the absence of Marcelo, Carvajal (overlapping runs, versatility) and Navas (counter-attack, quickness). This has led to losses and poor performances recently and in the past. Kiko Casilla now, and Diego Lopez before, were not fast enough and had a slower pace of distribution, meaning the team has to try out another mode of attack altogether. In a team full of speedsters, this isn’t the best way to go about business.

Although this feature of the player does not make him better than any other keeper, Navas knows Zidane’s tactics inside out, meaning he is suited better to the Real job. The Frenchman heavily relies on his defence to contribute to the attack, and has several tactical beliefs which are considered to be quite out-there and audacious. Knowing the tactics does not make Navas better than anyone, it makes him suited to the team.

Another thing to state before I end this article, is Navas’ professionalism and off-the-pitch qualities. The goalie is regarded by his peers as an extraordinary professional and a great person. Here you might think I’m just filling in everything I can to make Navas seem good, but in a team full of youngsters and reckless minds, during a tough time, a good, stable person is key, a large part of Zidane’s trust in Navas is because of this.

Speaking of Zidane, his future will probably decide Keylor’s too. If he leaves Real, Navas will too, if he doesn’t, the chances of that are lower. Hopefully this article changed your perception on Navas if you considered him to be average, if you already thought he was elite, good going.