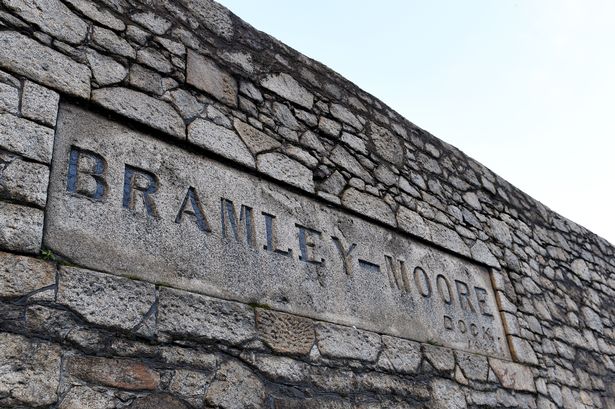 With the much overdue announcement of Everton’s acquisition of the land of Bramley-Moore Dock, the question on many people’s lips is “What does this mean for the club going forward?”.

Of course it’s easy to speculate. Everton fans are thinking a sleeping giant will rise again. Others, namely Liverpool fans, are claiming they’ll suffer the same way as West Ham have. Of course, as an Evertonian, I hope it’s more the former rather than the latter. However, I’m not going to be foolish enough to suggest that it is all the club needs to become successful again.

Over the last 15 years or so, the topic of leaving Goodison Park has been on the minds of Everton fans. Modern standards go way beyond what Goodison can offer in it’s current state.

Of course no club wants to leave their home. This move will be the second time Everton will have moved out of their home stadium. Back in 1892, Everton left their original stadium, Anfield, which of course has since been occupied by a much smaller club. The Blues decided to move out following an arguement over the rent. They subsequently moved across Stanley Park to Goodison Park, where they have remained ever since.

But with the state of the art grounds all over the country, Goodison now leaves a lot to be desired at times. It wasn’t until this season when the place got a little face lift that people were able to realise how bad it had become.

The one thing which Goodison can offer that modern stadiums struggle to at times is the atmosphere. When Goodison is “rocking” it literally rocks. The crowd being so close to the action is integral to our success. If this new potential stadium comes to fruition, then the crowd must be as close to the pitch as possible. Football grounds need to be intimidating for the players and the intimate setting is what largely decides that.

The capacity inside Goodison is also a big issue for Everton and its fans. Simply put, there is not enough seats to accommodate Evertonians both from Liverpool and further afield to allow everyone to see the Blues. This is why it’s very important for the new stadium to have a bare minimum capacity of 55,000, with opportunity to expand in the future.

Many Evertonians who don’t have season tickets currently find that when getting a single ticket into Goodison, it leaves them with an obstructed view of the game. This is of course totally unacceptable in modern football. There are hundreds, if not thousands of these obstructed views in Goodison Park. Despite that, Everton still have one of the highest percentage of capacity filled in Europe. To those who suggest Everton would never fill their stadium, then just think about that fact.

If they are to move as expected to this new area, which would also be getting a multi-billion pound makeover, the stadium would be the main tourist attraction, people would come in their droves.

The issue of a new influx of “tourists” to matches is seen as a problem by some, but not me. If a fan truly supports their club and wants to spend the vast amount of money come from the other side of the world to see them, then why should they be seen as different to any other fan?

Of course there are the stereotypes of people coming and watching the game through their iPad screen.  However there are plenty of others who just want to enjoy the experience of attending a game and be able to sing along with the other fans.

As I mentioned earlier, there are some negatives that go along with this potential move.

Firstly, Evertons famous atmosphere might be affected. It could even become detrimental to the club’s performance if it were affected significantly. Players need encouragement by the fans and if it just isn’t there, the performances will suffer. There needs to be 50,000 Blues singing and cheering their team on, week in, week out. Not just for the big games.

Also just because Everton will have a big, shiny, new stadium, it doesn’t automatically mean they are one of the big boys again and will be challenging for titles.

Arsenal have a big stadium, but haven’t won much for years. Newcastle and Aston Villa have big stadiums, and look where they both are.

The manager still needs to be backed in the transfer market to get the players that are needed to truly become elite. If this new stadium will cripple the new owner’s wallet, then what’s the point?

West Ham are the biggest example of both of these points. They looked to be in free fall earlier in the season after moving to their new ground. Despite what their fans may think, in my opinion, they are no where near good enough to attract a high caliber of player. Just because they have a fancy new stadium with big screens, the crowd may as well be sitting in the River Thames. There is a distinct lack of atmosphere at the ground compared to that at the Boleyn Ground.

Everton cannot let this happen to them as well. For Everton to be successful in their new stadium they need the groundwork in place before they even go in.

However, Manchester City are a success story in contrast to West Ham. Yes, they may not have built their own new stadium, but they have gone through the process of expanding it. They have also spent big money to improve the surrounding area’s.

Manchester City didn’t become an overnight success by any means. They started off as a lower mid-table club like West Ham, and with significant investment, have worked their way up gradually.

The players they brought in first may not have been world beaters, but they were an improvement. Even though Robinho failed, it was still a massive statement signing which then kick started them to get that higher class of player. Look at them now.

Ideally, Everton will be playing in their new stadium by the 2020/21 season. What this means is that the next three years are crucial.

Ultimately, Everton need to establish themselves as Champions League regulars, either via their League position, or at least get into the competition via the Europa League. This is the ambition of the club, the fans, and the manager, Ronald Koeman. Who knows, if he does a good job at Everton, his real dream job of Barcelona will come knocking?

It is also the ambition of players. The likes of Romelu Lukaku need to be convinced to stay and qualify for the Champions League to take Everton to the next level.

Ultimately, Everton will create their own destiny. They can either be a West Ham, surviving in mid-table with no success, or be a Manchester City, now one of the world’s biggest clubs.

The outcome is in Everton’s hands.

If you wish to write about Everton, or indeed any club, please write for us.