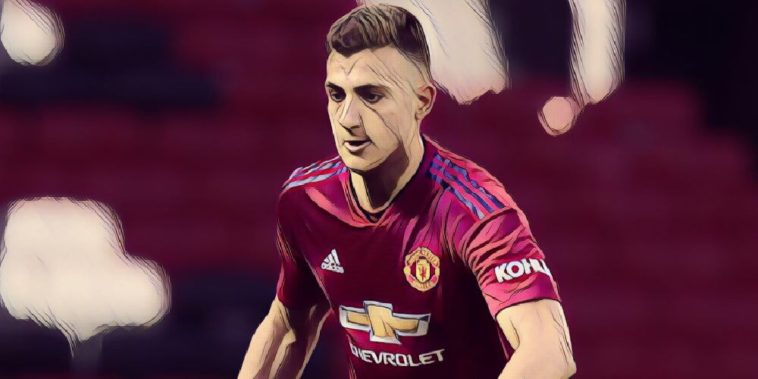 Everton are considering a £10m move for out-of-favour Manchester United full-back Diogo Dalot as the club look to strengthen their defensive options this summer.

Carlo Ancelotti is currently considering a host of potential transfer targets as Everton look to improve following a hugely disappointing campaign, the Toffees slumping to a 12th-placed finish in the Premier League despite a wealth of investment under former manager Marco Silva last summer.

Amongst the areas the Italian is seeking to strengthen is at full-back, with United outcast Dalot emerging as a potential long-term successor to club captain Seamus Coleman after struggling to win favour under Ole Gunnar Solskjaer at Old Trafford.

The Portuguese youngster was labelled as the best young full-back in Europe by former boss Jose Mourinho following his arrival in English football from Porto two years ago, but the 21-year-old has failed to establish himself as a regular amid a succession of injuries.

The arrival of Aaron Wan-Bissaka last summer also leaves Dalot facing a fight to secure first-team football, and the Mirror are now reporting that Everton are hopeful of securing a deal to take the player to Goodison Park.

Everton believe an offer of around £10m may be enough to tempt United into the sale of a player who cost £19m when arriving from Portugal in 2018, with the Red Devils keen to offload several fringe players as they bid to raise further funds to strengthen this summer.

Dalot has started just seven fixtures in all competitions so far this season and has found himself behind both Wan-Bissaka and Timothy Fosu-Mensah in the pecking order of late, while youngster Ethan Laird is edging closer to the first team.