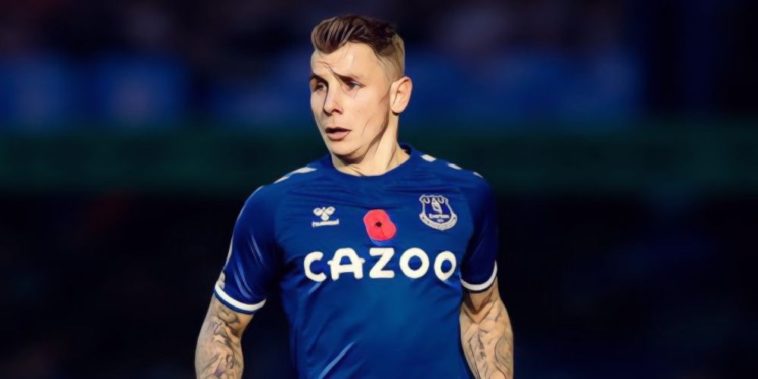 Everton have been dealt a major blow ahead of their clash Premier League clash with Leeds on Saturday, after the news that influential defender Lucas Digne is set to undergo surgery after suffering an ankle injury in training.

The Frenchman has been a key component of Carlo Ancelotti’s improved side this season, with the former Barcelona and Roma defender also taking on the captain’s armband in the absence of club captain Seamus Coleman.

The Toffees have enjoyed a fine start to the season which has left them just four points behind leaders Tottenham in sixth-place in the Premier League after picking up five wins from their nine games so far this term.

Despite a slight wobble in recent weeks, Ancelotti’s men bounced back with a hard-fought win over a struggling Fulham side at the weekend, with Digne picking up two assists inside the first half.

The rampaging full-back is a real creative threat down the left for Everton, who is now joint third for the most number of assists in the Premier League this term, the 27-year-old having registered four assists, with only Jack Grealish (5) and Harry Kane (9) ahead of him.

The left-back has almost been an ever-present in the side since his arrival at the club in 2018 and has missed just five league matches in that time, including one this term for a red card picked up in the 2-0 defeat to Southampton on 25 October.

While the club do have exciting young talent Niels Nkounkou to fill in, the loss of such a key player for an extended period of time would no doubt do harm to their league ambitions, while he is now almost certain to miss the Carabao Cup quarter-final clash with Manchester United on December 23.

The player picked up the injury during training earlier this week and is set to go under the knife on Monday, and while they offered no timescale regarding a potential return to action, it has been reported that he could be out for two months.

“The left-back was injured during a training session at USM Finch Farm this week.

“Digne is due to undergo surgery on Monday before commencing his rehabilitation under the care of the Club’s medical staff.”