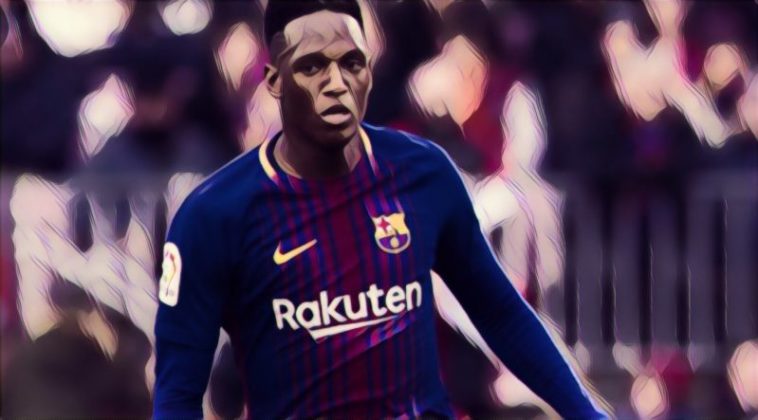 Everton have denied that they paid Yerry Mina’s agent a hefty fee in order to secure his signature this summer.

Mina was one of three players to swap the Nou Camp for Goodison Park, with Lucas Digne and Andre Gomes also making the move, although Mina’s capture represented somewhat of a coup.

The defender made a big impression for Colombia during the World Cup this summer where he scored three goals and had attracted the attention of fellow Premier League side, Manchester United.

United were desperate to bring in a new centre-back this summer, with Harry Maguire and Toby Alderweireld also heavily linked, but reports suggested that the Red Devils pulled out of the deal due to Mina’s agents excessive demands.

Mina would eventually make the move to Everton on transfer deadline day, and when directly asked if high agents fees helped secure Mina’s signature ahead of United, the Blues’ director of football Marcel Brands told the Liverpool ECHO: “No, no, it was really simple behind the scenes.

“I put the offer in and Barcelona asked for a totally different amount that we would never have paid. Then they said, ‘Ok, we will wait until the end of the market’. We never changed our offer. That was a bit of gamble because everyone was writing about Man United (wanting Mina) and Barcelona used that, agents used that, everyone used it. I don’t know exactly if Man United were in. The player said constantly to me, ‘I want to go to Everton’.

“That was a great thing for us but you never know if Man United comes in and offers an extra £150,000 a week – every player would like to do that.

“I don’t know exactly the situation with Man United, but of course, Barcelona used it. They said to me, ‘Man United are coming in’. I don’t know if they did but I took a bit of a risk with that. That’s why we were also keen on back-ups, you never know, but after the weekend before the market closed I had a confident feeling about it.”