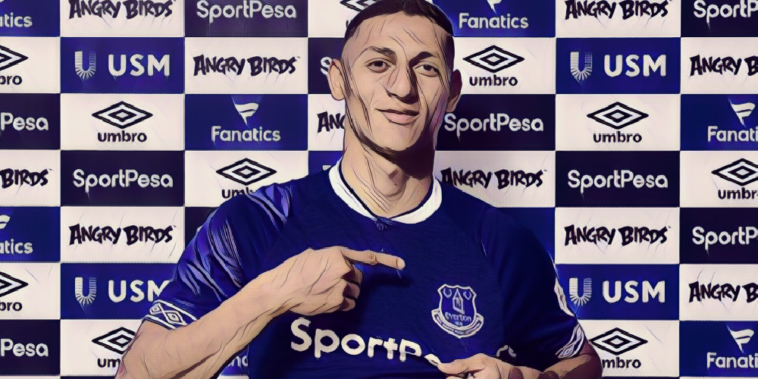 Everton have admitted that they have overpaid to bring Richarlison to the club, but believe that he can be a ‘special’ player.

The Toffees paid around £35 million to bring the Brazilian to Goodison Park, although the fee could reach up to £50 million with certain clauses included in the deal.

However, the move came as a bit of a surprise, with relations between Watford and Everton known to be frosty at best following the Blues persistent yet ultimately unsuccessful attempts to appoint Marco Silva as their manager last season.

Watford dug their heels in and refused to let the Portuguese boss move to Merseyside, but saw their own form drop, resulting in Silva losing his job anyway, something which the Hornets unequivocably blamed on Everton’s unwanted approach.

Silva would finally become Everton’s manager in the summer and wasted no time in raiding his former club, with director of football Marcel Brands saying Everton paid a premium in order to smooth over the relations between the Premier League rivals.

“We thought it would be a very difficult one because of the history of the clubs,” Brands told the Liverpool ECHO.

“We were both convinced about him [but] I think with the situation with Watford, we had to pay a little bit more. I think maybe the market value was a little bit lower but, at the end, we are happy with him.

“We think he can be very special. He has a lot of speed, the capability to work; he is strong, he is tall. There are a lot of qualities for all the competitions in Europe. They are important qualities.”

Richarlison wasted no time in starting to repay the hefty fee that the Blues laid out on him, netting twice on his debut for the club against new boys, Wolves.