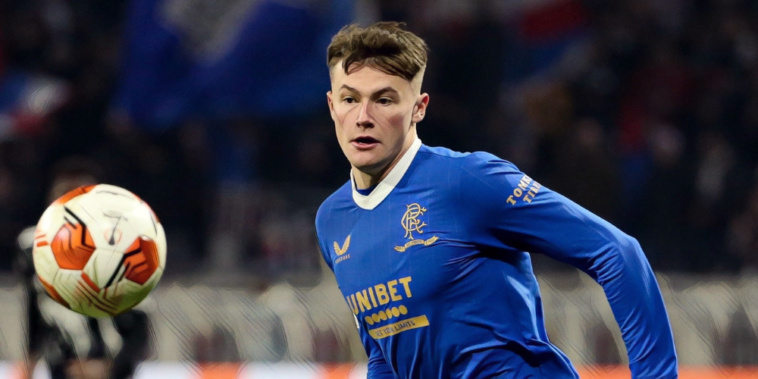 Everton are ‘closing in’ on the signing of Rangers right-back Nathan Patterson as the club seek a second addition of the January transfer window.

Rafael Benitez has made the signing of two new full-backs a priority this winter and the Toffees are understood to be close to an agreement with Rangers for Patterson, having seen an approach for the 20-year-old rejected last summer.

Patterson broke into the Rangers side to make 14 appearances in all competitions last season as the club won the Scottish Premiership, whilst he has won seven caps for Scotland since making his senior debut in June.

Paul Joyce of the Times is reporting that an agreement for the defender is now close, with Sky Sports having reported that the fee could eventually rise as high as £16m.

Patterson will become Everton‘s second signing of the window after the Merseysiders completed the capture of Ukraine international Vitaliy Mykolenko from Dynamo Kyiv, the latter set to replace Lucas Digne at left-back following the defender’s fall-out with Benitez at Goodison Park.

Patterson will be viewed as a long-term replacement for club captain Seamus Coleman at right-back and will strengthen a squad that has struggled in the absence of key personnel this season, with Everton currently 15th in the Premier League following Sunday’s defeat to Brighton.