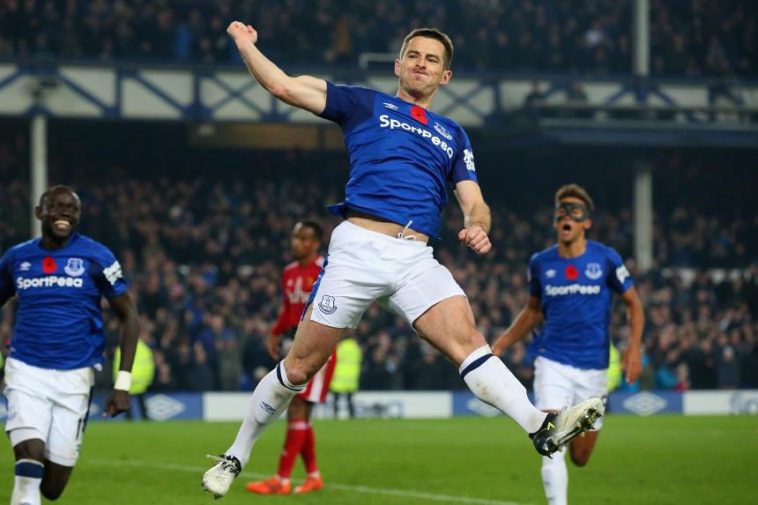 In what may be the most dramatic game of the season, Everton made a stunning comeback from two goals down to win, in what is possibly a season defining game for the toffees. Here are five things we learned.

Unsworth makes a stake for job

It has already been confirmed by majority shareholder Farad Moshiri that Unsworth’s name is on the shortlist for the job of the next Everton manager, and rightly so.

Unsworth has come in at an extremely tricky spell and this win now means he has two wins in three Premier League games. The other being his win against Norwich in 2016. After arguably deserving a better result at Chelsea in the Carabao cup, Unsworth has definitely improved the team.

He hasn’t come in to be a crowd pleaser either, making a couple of really big calls as he stakes his claim on the first team. Last night’s squad saw the exclusion of Kevin Mirallas, Morgan Schneiderlin and Nikola Vlasic. The latter being the most controversial of the lot. The disappearance of Davy Klaassen and Sandro altogether has also shown that Unsworth can make the big calls when it’s needed.

This win epitomised Unsworth’s love for the club and although he may not have the experience of other managers, he certainly has the passion and man management skills to possibly turn around Everton’s form.

Every Watford fan as well as Marco Silva will be questioning how the hornets didn’t win against the blues. Two nil up and seemingly cruising, it seemed destined for Watford to pick up their fifth win of the season.

An Oumar Niasse goal got Goodison roaring and led to an inspired Everton fightback with goals coming from Calvert-Lewin and Baines. A missed penalty by former blue Tom Cleverley with virtually the last kick of the game completed the comeback. As Everton chose not to roll over and let Watford finish them off.

What will be even more concerning for the Watford boss is that the defeat against Everton now means Watford are winless in their last three games, with defeats previously coming against Chelsea and Stoke.

It is also a run in which they have played well and arguably deserved more in games, especially against Chelsea and now Everton. The defeats have seen them drop from fourth to ninth in the table and Silva will be hoping this is just a blip as results like this are surely hurting the teams’ confidence.

Everton show they do have a backbone

One thing said about Everton of late is that the team seem to be lacking any sort of backbone, as proven in games such as Lyon where the team crumbled after going a goal down.

Many Evertonian’s feared the worst after Watford went two goals up and some headed for an early exit, the team up to that point having put in another uninspiring performance.

The ones that did leave early will surely be regretting it now. A Niasse goal out of nothing lifted the atmosphere and lifted the Everton players performances as the Blues began to scrape their way back into the game.

After a Calvert-Lewin header and a Baines penalty the comeback was complete and the blues held on for 12 minutes to pick up their first win in eight games, in all competitions. The result was a perfect send off for David Unsworth if he’s not to get the job permanently and should in the long run give the blues some confidence back.

It was a night of luck as well as broken records – another memorable night at Goodison under the lights.

Leighton Baines’ penalty meant he became Everton’s all time highest scoring penalty taker with 24 – and what a game to do it in. The beautiful thing about this being he overtook Unsworth for that crown who held it with 23.

That wasn’t the only record broken, it was the first time since 1993/94 that Everton had come from two goals down to win the game. The game in 1993/94 against Wimbledon also happened to finish three-two to Everton and was a game that Unsworth just so happened to be playing in.

A further record broken was that it was Everton’s first match-winning goal in the 90th minute or added time since Tom Cleverley’s winner against Newcastle in 2015. A man who went on to miss a penalty against them in the last minute of last night’s game. It was clearly a night when luck was on Everton’s side.

Many people questioned Unsworth’s starting 11 and, once the first half had finished, were right to do so.

The team once again had no wingers meaning there was a serious lack of width in the Everton side. Davies, Sigurdsson and Rooney were positioned behind lone striker Oumar Niasse and although the team had plenty of desire, there were not a lot of chances to go with it as Watford began to grow into the game.

At two nil down Unsworth decided to go for it bringing on Lookman, Calvert-Lewin and Lennon in what proved to be game changing substitutions. Lookman set up the first goal with a lovely pass to send Oumar Niasse on his way, Calvert-Lewin scored the equaliser and Aaron Lennon won the penalty which ultimately won Everton the game.