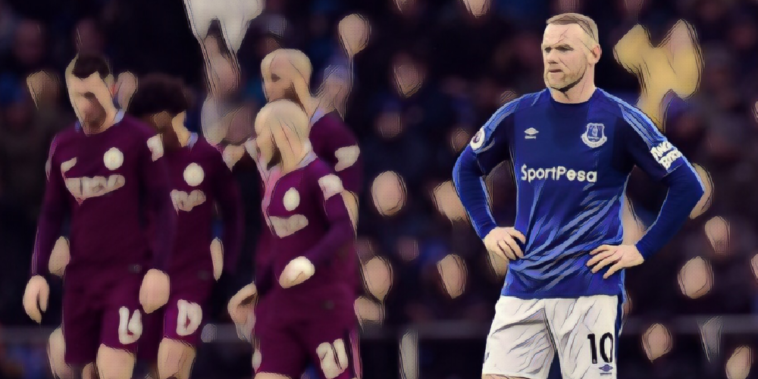 Everton were humbled as Manchester City showed their superior side as they cruise to an almost certain Premier League title, here’s five things we learned.

City have already broken and equalled numerous records so far this season and their win against Everton added to the ever-growing list.

The win against the Toffees meant it was City’s 13th away win in a row which equals the club record. The win also meant that City have become the third team in Premier League history to beat every side in the league at least once in a single season, Chelsea and Manchester United being the other two teams to do it.

If City continue their incredible form then they are on track to break many more records. Tbey can wrap the title up as quickly as next week, April 7th, with a win over rivals Manchester United. That could also help them break another record of biggest title winning margin. At the moment the record stands at  18 points, currently City are 16 clear.

If City manage this then they are on track to beat a further record. So far, the record number of wins in a season is 30 and City need to win four of their next six games to beat it. An incredible season could get even better.

This isn’t to mention the fact that they are just four wins from breaking Chelsea’s points record of 95, and are set to be the first side to break the 100 point barrier.

Allardyce got it wrong

It would have come as a surprise to many people to see Calvert-Lewin in the starting line-up against Manchester City. Although in the reverse fixture Calvert-Lewin put in a fantastic performance against the sky blues, the decision to play two up-front was always seen as a risk and it was a risk that never paid off.

With Idrissa Gueye missing there is an argument that Allardyce should have accommodated for his absence. The midfield containing Wayne Rooney and an out of form Morgan Schneiderlin was too slow to cope with the pace and precision of Man City’s midfield.

Everton have spent the majority of the season playing a man behind the striker and in front of the two holding midfielders, a system that the team is used to. The use of this usual system could have accommodated Tom Davies, a player who would have got in City’s faces from the off.

With the absence of that combative midfielder Everton looked extremely open and confused, with Everton’s two forwards not getting near the ball.

Guardiola is known for his passing style of play and there were certainly no exceptions in the game against Everton. One damning stat to prove City’s dominance is the fact that Ederson, a goalkeeper, made more successful passes (27) than any other Everton player.

The sky blues tore Everton apart for large portions of the game with their passing. City finished the game with 82.1% possession which is the highest for an away team in a single game since records began.

Breaking that down it meant City had 839 passes compared to Everton’s 159 with De Bruyne and Fernandinho having more passes than the entire Everton team combined in the first half. Stats such as these show off the effectiveness of Guardiola’s style of play at times.

Manchester City can win it in style

It would be any football fans dream to win the title against their biggest rivals and for Manchester City, that dream could become a reality next Saturday against a team they have been inferior to for years.

If Manchester City win against United at the Etihad then they will confirm the Premier League title in style in a game that Vincent Kompany described as: “lively and spicy” and “something that would mean the world to our fans.”

It shows the superiority of City’s season that even if they fail to beat their rivals on Saturday they should still cruise to their third Premier League title, with a Champions League still also on the cards.

The end is nigh for Allardyce

Just two days ago, Allardyce publicly stated that he believed the majority of the fanbase was behind him and it was only a minority that had a problem with him. The fact that Everton fans were already leaving the ground at half time suggests otherwise.

Although only a few Blues would have confidently predicted a win against Manchester City, few would have expected them to roll over the way that they did and show City so much respect.

Although the players’ performances were woeful, Allardyce’s tactics were completely wrong and set Everton on the back foot from the very beginning. Everton’s next game is Liverpool at home and if another similar performance is put in it might just be the final nail in Allardyce’s coffin.