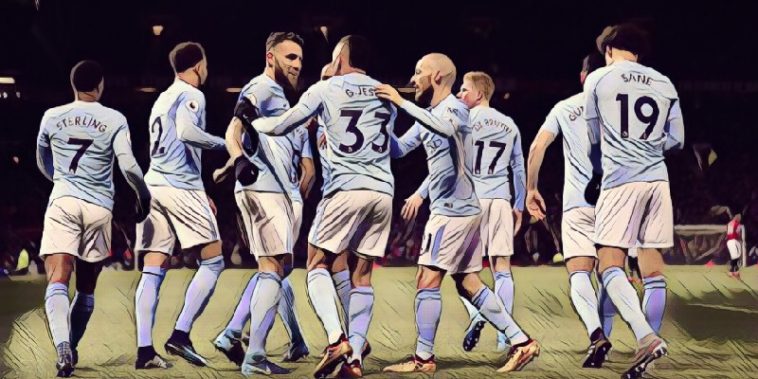 There have been many good sides, there have been a few great sides, but are the current Manchester City side the greatest to ever grace the Premier League?

Let’s be honest, sometimes you don’t have to have the best squad of players to win the Premier League, the 2015/16 season tells you that much as 5000/1 shots Leicester City romped their way to glory with what had been a relegation threatened squad just 12 months previous. This of course was an exception rather than the norm, but it goes to show that Premier League success can be achieved by good team ethics rather than just splashing the cash on the world’s best talents.

Since then, the top of the Premier League has had a more familiar feel to it, with the ‘big six’ all occupying the top six spots in the league.

Chelsea reclaimed their crown last season, while Manchester are the runaway leaders this season, but where do Pep Guardiola’s side rank among the league’s greatest ever sides.

To assess this, we need to take a look at some of the the best teams to have graced England’s top flight since 1992.

We have to include Manchester United in this list. The Red Devils have claimed 13 Premier League titles, and dominated the English game for almost 20 years under Sir Alex Ferguson.

‘Fergie’ had an incredible knack of creating wonderful sides, dismantling them, and rebuilding again, helping him and his sides to two decades of wonderful success.

His first great side came in the early to mid 90’s, winning four of the first five titles available after the creation of the Premier League.

After Arsenal came and stole their crown in 1998, United came back with a bang in 1999, famously winning the treble in what must be one of the greatest footballing achievements in English history. 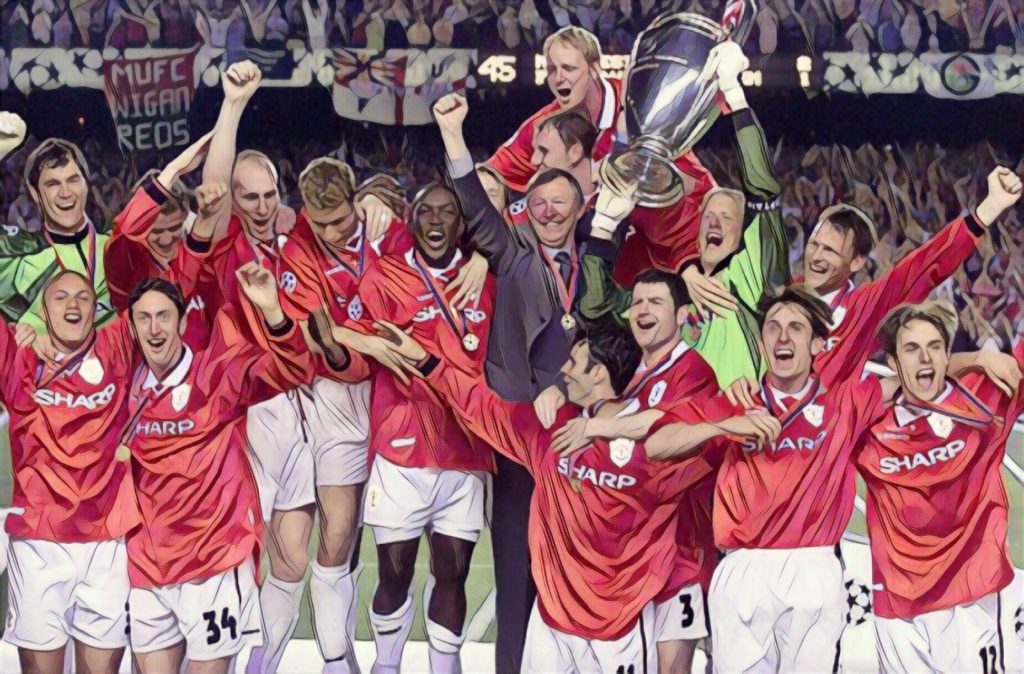 United continued to dominate over the next few years, and Sir Alex continued to regenerate his United side. He created another all conquering side in 2008. With Wayne Rooney, Cristiano Ronaldo and Carlos Tevez leading the line, United claimed their third European crown and 10th Premier League title.

They won the title once again the following year, but Ronaldo’s departure in 2009 and increased competition in the league have seen their fortunes decrease, winning just two titles in the last eight years, and none since Fergies retirement.

However their 20 years of domination, and at least two great sides in 1999 and 2008 make Manchester United one of the greats.

While Arsenal are seemingly the butt of plenty of jokes in recent years after a string of fourth placed finishes, younger readers of this article may not remember the wonderful Arsenal side of the late 90’s and early 2000’s.

They won their first crown in 1998, and another in 2002, but it was in 2004 when the Gunners became Premier League legends, winning the title without losing a single game, and will forever be known as the invincibles. Winning 26 and drawing 12 of their 38 games, Arsene Wenger’s side, led by club legend Thierry Henry, became the first side to go a whole season without tasting defeat.

Antonio Conte led the Blues to the title last season with 93 points, seven points clear of their nearest challengers Tottenham. Despite their impressive record, their campaign was aided by a lack of Champions League football, meaning they could keep their squad fresh each week.

However it was the Chelsea side of twelve years ago that was far more impressive.

Boosted by the money from Russian billionaire Roman Abramovich, Chelsea became just the fourth team to have their name etched on the trophy after winning the title in 2005.

Not only did they win the title, but they announced themselves as one of the Premier League’s greatest ever sides by winning it in emphatic fashion. They achieved a league record of 95 points, five more than the invincibles achieved in the previous season. The Blues won the title again in the following season, becoming the only team other than Man Utd to retain their title – a record that still stands today.

Are Manchester City the greatest?

Well everyone was talking about City being the second team to ever go unbeaten, but along came Liverpool a few months ago to shatter that dream. However, despite not being able to match Arsenal’s incredible achievement, I believe they are by far superior to ‘the Invincibles’.

After just 31 games, the Blues have an incredible 84 points, a haul that would have seen them win the league on seven occasions in Premier League history, and there are still seven games to go!

They have the best attack in the division by a long way, scoring 88 goals, and despite everyone saying that they are fragile at the back, they also have the best defence, conceding just 21 times.

If City can continue the record they have set so far – they will smash the record points total set by Chelsea, and are on course to amass an incredible 102 points!

However, it’s not just the stats as to why I pose the question of Manchester City’s credentials. Their style of play is simply wonderful.

Guardiola’s Barcelona side was often accused of being boring, with their ‘Tiki Taka’ style of football sometimes being slow as they tried to break down packed defences. The Catalan boss has the same problems that he faced in La Liga, with sides sitting back and hoping to hit them on the break. But like at Barcelona, his team generally find a way. However, despite being slow and patient, the Blues are far from boring. 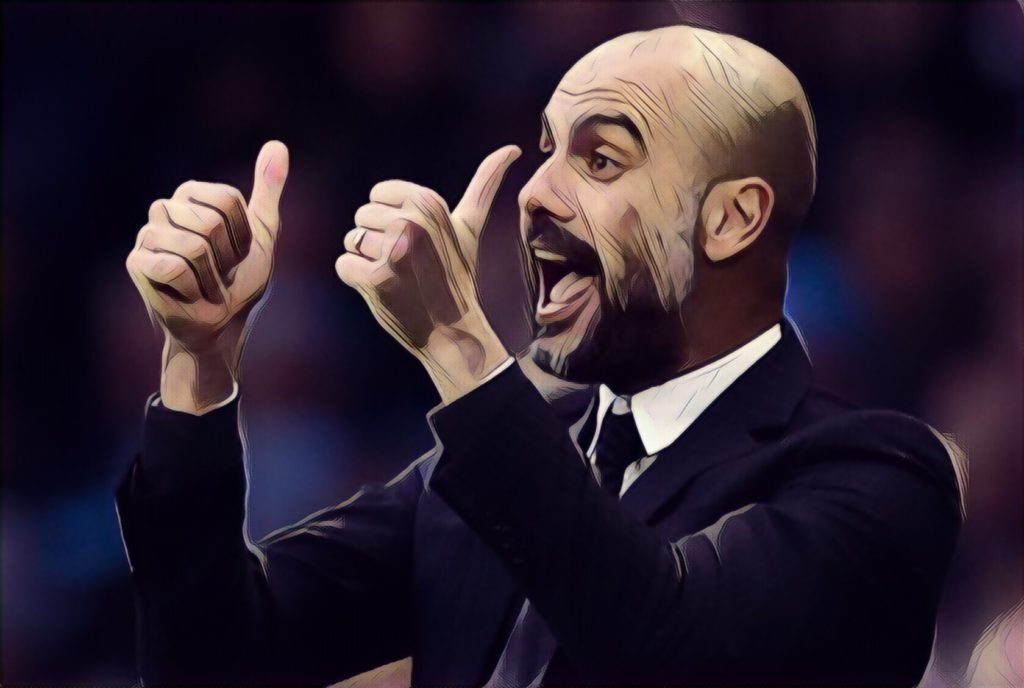 No matter what is thrown at City, they seem to have an answer. If a team plays deep, they find a way through, while if a team attacks them, they do not panic, and get themselves out of any trouble with a few quick passes.

While David Silva and Kevin de Bruyne have traditionally been deployed in advanced positions throughout their careers, Guardiola has deployed them as more traditional central midfielders, with Fernandinho as an anchor. The midfield three have an incredible calmness on the ball, and superb speed of mind to be able to pass around the opponent and get them out of any situation.

What was also impressive was how quickly the Blues close down space when out of possession.

With the next game being the Manchester Derby, a game in which City can wrap up the title with a victory, my mind is cast back to the last meeting between the teams.

United tried to beat the press by lumping long balls towards Romelu Lukaku, and supporting him with pace. However, I get the feeling that playing the long ball was exactly what Guardiola wants you to do. City press you in such a way that there is no time on the ball, leaving the defence and midfield to play the ball quickly, and usually aimlessly up the field, and straight to a City shirt – allowing the pressure to build again 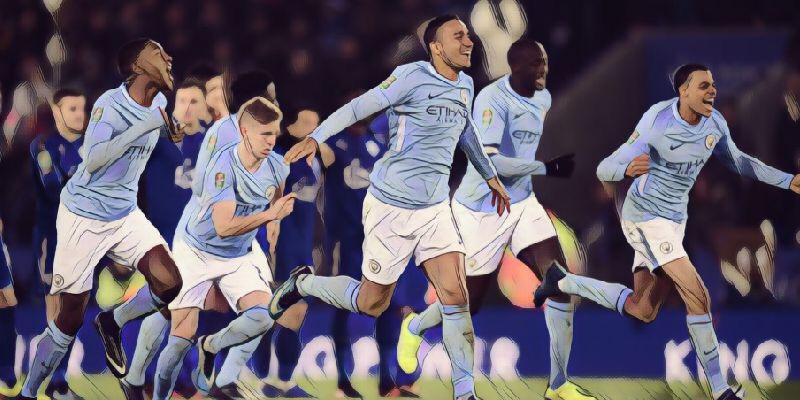 They never look panicked, always remain patient and calm, working the ball through the lines, out wide, and into the spaces. Their style forces teams back, and forces their opponents to panic.

Many doubted whether City could maintain this form, but they have, all while progressing to the Champions League quarter-finals and winning the EFL Cup. The title is already theirs, and I believe not only are the greatest team in the league this season, they are the greatest Premier League side of all time.

Are Guardiola’s Man City the greatest side we’ve ever seen in the Premier League? Leave us your thoughts and comments below.