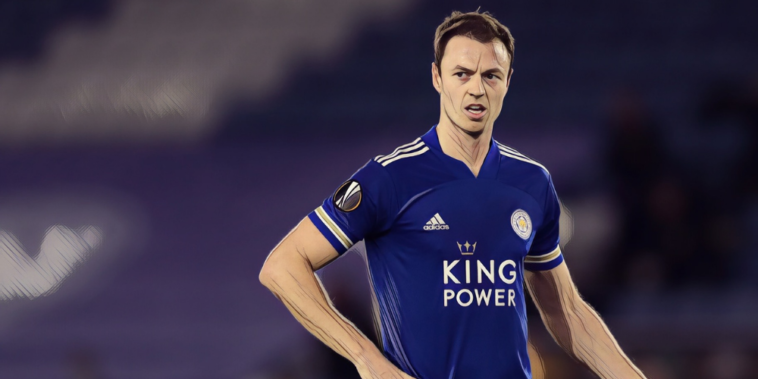 Jonny Evans insists the FA Cup is the one trophy ‘everyone wants to have’ amongst their collection as Leicester prepare to face Chelsea in the final tomorrow evening.

Leicester will take on the west London side at Wembley looking to win their first ever FA Cup, the Foxes having reached more finals without winning the competition than any other side and set to feature in the showpiece for the first time since 1969.

World football’s oldest national competition has lost some of its allure to many in recent years, but Evans insists his side are determined to put on a performance and win the famous trophy.

“It’s the one trophy everyone wants to have,” Evans told the club’s official website.

“It’s very historic and people, especially from my generation, they watched it all when we were younger. We didn’t have Sky TV when I was growing up, so it was one of the few football matches of the year I’d be able to watch.

“I can remember getting up at 9’o’clock in the morning to watch the whole build-up of the day, everything about it, and it’s an amazing trophy. It’s one you’d like to say you’ve won. I’ve had a few friends who have played in the final and they’ve always said what an amazing experience it is.”

Leicester will head into the final in confident mood having beaten Chelsea in the Premier League this season, with Brendan Rodgers side having secured victory against each of the division’s big six this season.

Evans says his side will take confidence from those results ahead of tomorrow’s meeting and says Leicester are confident they have the players to go ‘toe-to-toe’ with any opposition.

“All those results give us confidence,” the defender added.

“Man to man, all around, we feel like we’re in such a good place with the quality of players we’ve got at Leicester. We feel like we can go toe-to-toe with anyone and there are players who we have in our team that they’ll be terrified of.

“We’ve got good attacking players and we’re quite strong defensively. It makes for a really interesting game. We know it’s not going to be like the league game earlier in the season.”

Evans had earlier spoken on the first meeting between the sides as the Foxes secured a comfortable 2-0 win, insisting his team are expecting a ‘tough’ test following Chelsea’s improvement under Thomas Tuchel.

“We’re expecting a really, really tough match. The last time we played Chelsea, I think it was one of the last games with Frank Lampard. It was a comfortable night for us in the end. I thought we played really well, but since the new coach has come in, he’s given them a new tactical dimension.

“They look a lot more solid at the back and are playing a little more counter-attacking football themselves. It’s a formation we have played ourselves at certain points of the season, so it could be an interesting match-up on cup final day.”