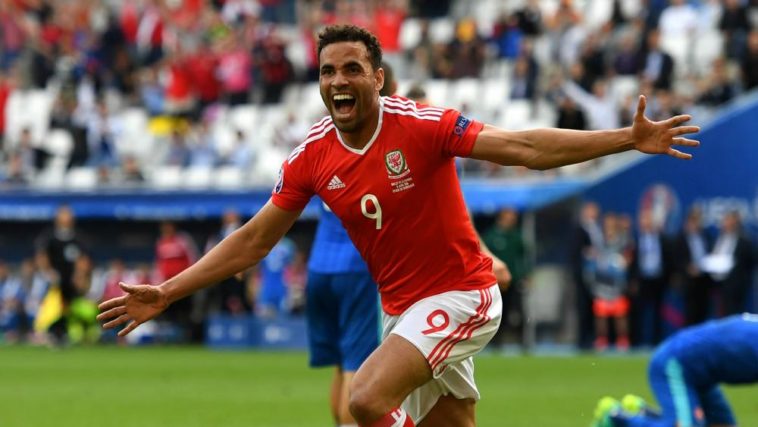 Wales striker Hal Robson-Kanu has received transfer offers from around the world following his heroics at Euro 2016 this summer.

The Welsh man was the star of the show on Friday night as he scored a wonder goal to put Wales 2-1 in front in their Quarter-Final victory against Belgium.

The striker is a free agent after leaving Championship club Reading, and has his pick of clubs from around thr world including from the Chinese Super League.

In an interview with the BBC, the striker said:

There’s offers from around the World.

I’ve made no secret of my desire to play in the Premier League and if that’s the best place for me then I’ll be there,

I made a decision to run my contract at Reading down. I’ve been there 12 years, given a lot of service and felt it was the best decision for myself and my career to decide where I go next.

I’ve been aware of clubs coming in for me in the past, bigger clubs and for whatever reason it didn’t happen so it’s probably one of the best decisions of my life.

It’s funny, a lot of people are making a big deal of it. I had offers before the tournament started. Good offers from good, progressive clubs, but I made a decision to wait until after the tournament

Swansea City have been linked with making a move for the striker, who is currently preparing for the Semi-Final fixture against Portugal which will see Real Madrid teammates and the two most expensive footballers in ther world, Cristiano Ronaldo and Gareth Bale, go head to head.