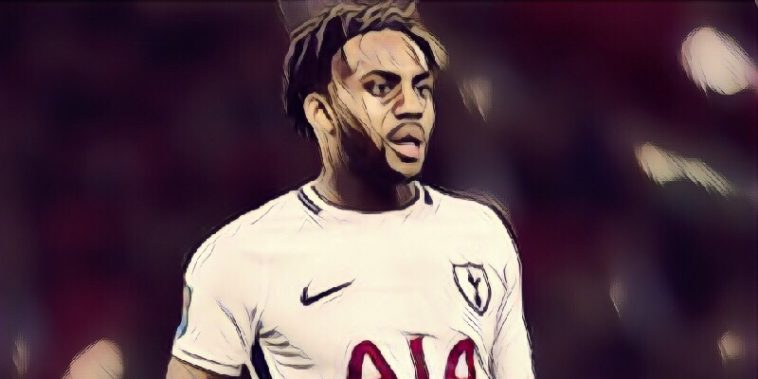 England ace Danny Rose has said that he wouldn’t wish the life of a footballer on anybody following his recent struggles.

The Tottenham Hotspur left-back has endured a difficult few seasons thanks to a bad injury which caused him to miss the best part of the 2016/17, and he has recently admitted that the injury caused other issues for him, such as depression.

Even though he has returned to fitness, he has struggled to get much game time at the North London club, making just 10 Premier League appearances last season. He had openly criticised the clubs wage structure and transfer policy last summer, something which he later forced to issue a public apology for.

He is currently on away international duty at the World Cup with England, but has once again found himself out of the starting lineup, with Manchester United’s converted winger Ashley Young seemingly preferred by Gareth Southgate in the left wing-back position.

Now, Rose has opened up on his personal troubles, saying he wouldn’t wish the life of a footballer on anyone:

“It is the best job in the world, don’t get me wrong,” said Rose.

“But people seem to think there are no other issues within football, you just get your money at the end of the month and play every weekend.

“There is so much more to football than what people may see on Saturday and I don’t believe in hiding that from people.

“Even though I feel very privileged to play football, with the things I have experienced within the game, it is not something I would be shouting from the rooftops, to recommend to people’s children to be footballers.

“Because there are a lot of things that happen on a day-to-day basis at club football that I wouldn’t wish on anybody.”

Rose would not reveal the specifics but, when asked if he meant the pressure of being a footballer, the 27-year-old added: “There’s pressure, there’s politics, there’s loads of things.

“There’s not just playing on a Saturday and you receiving your money at the end of the month.

“There’s so, so much more to football than what people see.

“My agent told me when I was 15, 16, ‘you can have all the ability in the world but if you’re not mentally strong enough football will swallow you up’.

“For 10, 11 years, I didn’t have a clue about what he was talking about. It wasn’t until this past year where I’ve realised exactly what he’s meant.

“He’s 100 per cent right with what he told me all those years ago.”