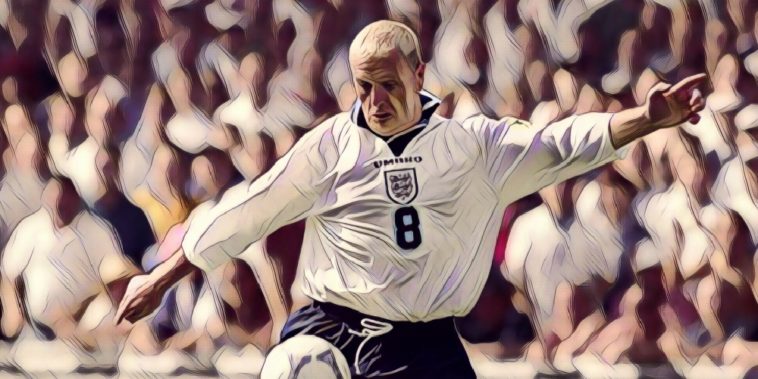 The hype and excitement is already building, accompanied by the habitual hopes and expectations, as England prepare to compete at the 2022 FIFA World Cup in Qatar. But since the Three Lions last celebrated success back in 1966, generations of talented players and teams have failed to claim the ultimate prize in football, including some of the most respected midfielders on the global stage.

But can the current generation of players change the fortunes of their nation? Well, bookmakers certainly value England’s chances, rating them as one of the top four contenders to lift the golden trophy. That being said, odds can vary wherever you look, making it worthwhile searching for the best value World Cup betting odds and offers, especially when accompanied by informative site reviews and trustworthy recommendations.

As we ponder the possibilities of England finally ending their international trophy drought, we must also reflect on iconic and legendary player who represented their country in the past, including a remarkable array of midfield talents. Some were pass masters, others were creative visionaries, yet none of them was ultimately able to lift the World Cup with the Three Lions.

In retrospect and amongst many those who watched him play, Glen Hoddle was perhaps one of the most underappreciated players of his generation, albeit being one of the most naturally gifted. His passing and vision was unrivalled, matched by a tireless work ethic and remarkable shooting ability, making him a valuable asset who should have earned far more than 53 caps.

The fact is that during the late 1970’s and early 1980’s, then England boss Ron Greenwood valued ‘route one’ football more than creative finesse. England failed to qualify for the 1978 World Cup, and when they did reach the 1982 tournament in Spain, Hoddle made just one appearance. He was a more prominent figure at the 1986 World Cup in Mexico, under the watchful eye of Bobby Robson.

Hailed throughout his career as ‘Captain Marvel’ for Manchester United and England, Bryan Robson was a classic box-to-box midfielder, demonstrating true Three Lions determination and spirit at both ends of the pitch. He represented England 90 times and captained the team on 65 occasions, leading by example in every game he played and contributed 26 goals for his national team.

The only thing that blighted Robson was misfortune when it came to injuries, otherwise he would easily have surpassed over 100 caps for England, which curtailed his appearances during three World Cup tournaments. In the opinion of iconic English manager Bobby Robson, midfield general Bryan Robson was one of the best British players he ever worked with.

Given the phenomenal success he achieved at Manchester United, midfield maestro Paul Scholes remains the most decorated English player of all time, winning 25 trophies with his club. During an interview once, when told he was the most visionary midfielder of his generation in the world, Zinedine Zidane refused the notion and instead, insisted Scholes was the best.

After featuring at the 1998 and 2002 World Cup tournaments, achieving 66 caps and scoring 14 goals, Scholes called time on his England career in 2004 at the age of 29, despite continuing to play club football for another decade. He wasn’t happy about the media circus which continually surrounded the England team, while scathing of what he called the “selfish” mentality of other players, more interested in personal glory than collective success.

Always the joker in the pack and sporting a cheeky smile, there is absolutely no doubting that Paul Gascoigne was also an exciting ace for England, whenever he dazzled the pitch with his incredible natural talents. His amazing first touch and control was a joy to behold, as was the wonderful finishing ability from inside or outside the box. Furthermore, we probably only witness half of his true potential.

“Gazza” will always be remembered for his tears at the 1990 World Cup in Italy, after his team reached the semi-finals, only to suffer an agonising defeat on penalties by Germany. It was the furthest England had reached since 1966, while Gascoigne had been their most pivotal player. Despite earning 57 caps and scoring 10 goals, serious injuries robbed him and England of more appearances.

Having focused on four players, without placing them in any particular order of merit, some readers may feel obliged to highlight other iconic England midfielders. We certainly can’t forget about David Beckham, or the troublesome time trying to fit Steven Gerrard and Frank Lampard into the same side. But when it comes to what they achieved and how they entertained on the pitch, the four choices we made are difficult to beat.