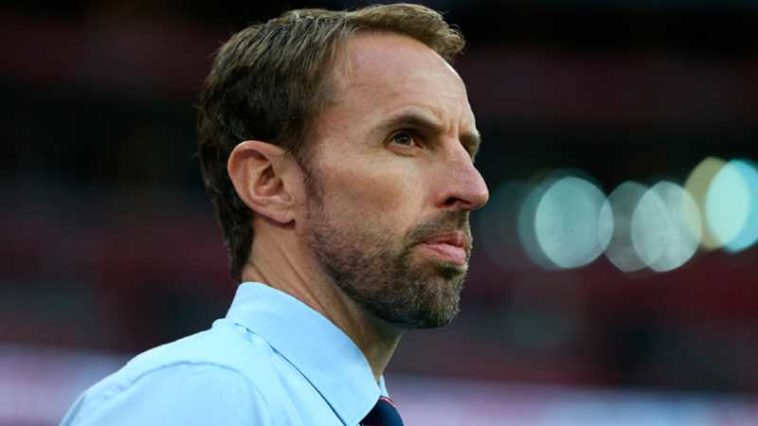 The England national team used to provide excitement to millions whilst not always winning, but where has all the fun gone?

Like many I begrudgingly watched England stumble to a 1-0 win over Slovenia. Even though I knew the chance of a thrilling performance was slim my interest in English football compelled me to watch. Yet again I was let down though despite my expectations being close to rock bottom.

It’s almost become obligatory now that as an England fan you must complain about everything that you are seeing and frankly it’s hard not to. Whether it’s the squad selection, the playing style or the poor management it’s difficult to find the positives.

It never used to be like this though. Deep down we all knew that England had almost no chance of winning a tournament yet we believed anyway. So what’s changed then? It’s not like results are much different from before but the mood of fans has certainly changed.

Where has all the fun gone?

England have never been up there with Brazil and Spain for excitement but they were surprisingly interesting considering the lack of flair players. The nature of English football was to work hard and be physically impressive.

It has become such a slog to watch England now though that many don’t even bother anymore. The attendance at Wembley tells you all you need to know. Just 61,598 turned out to watch England at home to Slovenia and it feels like a long time since England last played in front of a capacity 90,000 crowd at Wembley.

If you’re expecting anything major to change under Southgate you may be waiting a while. Despite Southgate talking up England’s ambition to excite they fell flat once again. Before the match he stated:

“We’ve got some exciting players…it’s about time we give a performance that underlines the quality we’ve got”.

If that performance underlines the quality England has, we’re all in for a dismal few years.

Over time the excitement has dwindled. Gone are the days of Gerrard & Scholes spreading the play with their creativity and Owen & Rooney looking lively in the box. Now we have Henderson passing sideways and one of the world’s best strikers in Harry Kane looking lost up front. But is it just the players? Or have other things resulted in this being one of the most boring England teams of all time.

Roy Hodgson took over from Fabio Capello as permanent England manager in 2012. He spent the next four years gradually grinding the team down in to a boring mess that he forced the fans to watch.

In 2012 it was seen as a disappointment that England only reached the quarter-finals of the Euros with the team he had at his disposal. Hodgson then managed to surpass expectations by making England even more dire at the 2014 World Cup. England crashed out of the group after 0-0 draw with Costa Rica which astonishingly kept Hodgson his job. The 2016 Euros then saw England famously knocked out by Iceland in the round of 16 after a dismal display.

Gareth Southgate was then given the task of fixing an England team worn down by four years of Hodgson (ignoring Sam Allardyce’s one game in charge). Somehow in just eight games he has managed to make the England team even more boring.

Fans thought things couldn’t get worse than Hodgson but Southgate has taken the boredom level to new heights. Even having Fabio Capello back in charge would seem exciting at this point. The question now is when will all this boredom end? It would take a manager of great ability to coach this England team in to playing exciting football and the fans may be left waiting a very long time for that.

The style of football that England plays has been a major problem for years. The slow sideways football is obviously boring to watch but why does it have to be this way?

Five years of Hodgson then Southgate has produced miserable football. I’m about to throw an unpopular opinion out there though…it’s not all their fault.

England is quite unique in that all of the players come from the Premier League. Over the last five years the Premier League has seen a big transformation. It is home to the widest variety of football in the world which causes problems for the national team.

Countries like Spain don’t really have this problem. Spanish football has a distinct style which translates smoothly from domestic to international football. The England national team on the other hand is a mishmash of players from contrasting domestic styles. This results in the England team having no idea how to play together.

Take the Slovenia game for example, every time a player passed the ball they had no idea what was about to happen next. The result is a slow reactionary style of football compared to a quick proactive style.

However, it could be possible to coach contrasting players to play cohesively but national team managers only have a few days before each game to train. Therefore it would take an exceptional manager to teach a cohesive playing style to such distinctly contrasting players.

Things don’t look great for England at the moment despite qualifying for the 2018 World Cup. The team looks out of sorts, the manager is uninspiring and the fans are tired. The road to Russia couldn’t have been much more lacklustre.

Some fans will be looking forward to the World Cup being over in hope that England either were unthinkably successful or more likely Gareth Southgate is sacked. I wouldn’t be too hopeful though; this is the same FA that thought Hodgson deserved to stay on as manager despite not getting through the group at the last World Cup. So try to look forward to many more years of lifeless football.