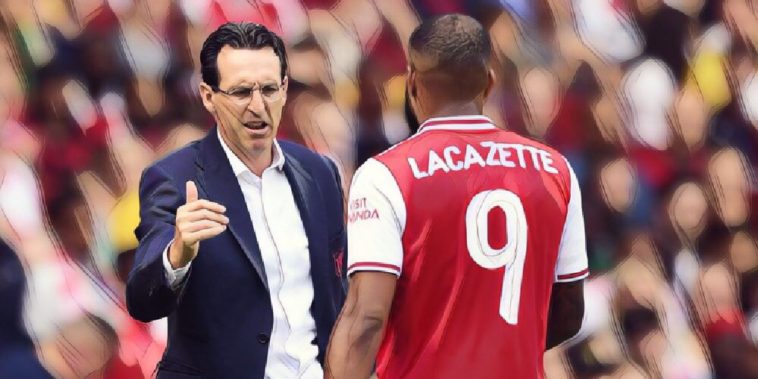 Unai Emery has admitted that he isn’t sure if Alexandre Lacazette or Nicolas Pepe will be available for Arsenal’s opening game of the season against Newcastle.

It has been an exciting summer for Arsenal fans, with their beloved club making six signings, including the club record £72 million signing of exciting winger Pepe from Lille, and the deadline day acquisitions of David Luiz and Kieran Tierney

However, his involvement in the recent African Cup of Nations only saw him start training this week, while Alexandre Lacazette picked up an ankle injury in their friendly against Lyon, and speaking ahead of the Premier League‘s big kick-off this weekend, Emery was unsure about the availability of his forward pair.

“We played in pre-season progressively, including some players later. We are going to start on Sunday with the players I am very, very convinced are 100 per cent,” Emery told the media on Friday.

“Some players it’s impossible to achieve that performance for us because they arrived later, they’re starting training with us after one injury. Lacazette, for example, he started training with us yesterday.

“For Sunday I don’t know now, tomorrow we will check. The same with Pepe, he is working and training with us for a week. Progressively I want them to feel good with their partners, with their coaches, with us.

“It’s different to how he was training in Lille. I want to give him the best moment to make his debut with us. Maybe it can be Sunday, I will decide tomorrow.”

Analysis: Why Pepe to Arsenal is a Big Gamble

Read: David Luiz reveals Unai Emery was ‘a big part’ of his decision to swap Chelsea for Arsenal