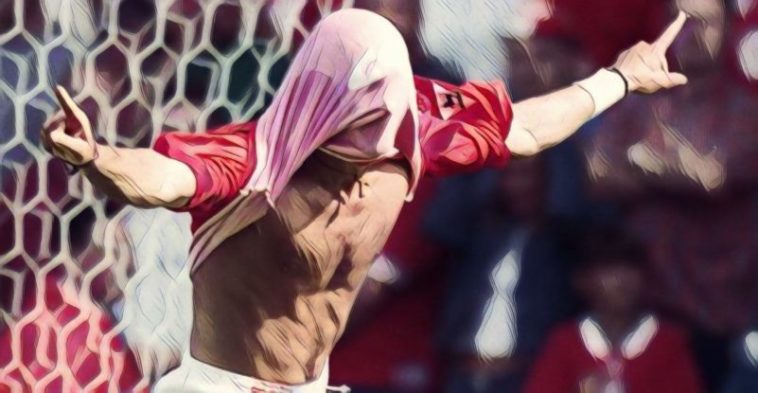 After a long, long wait, Premier League football is back.

The 2021/22 season began this evening with newly-promoted Brentford running out convincing 2-0 winners over a poor Arsenal side at a raucous Brentford Community Stadium.

The start of a new campaign always causes great hope and expectancy amongst supporters, though that optimism can last only briefly if your team makes a poor start.

Ahead of the Premier League’s opening weekend, we’ve decided to look back through the archives at some of the best first-day fixtures.

Canaries fans will hope their season can begin as memorably as the inaugural Premier League season, with Norwich shocking Arsenal in an entertaining encounter at Highbury.

Norwich has barely escaped relegation the previous season and headed to North London to face an Arsenal side widely regarded as title contenders.

George Graham’s side raced into a two-goal half-time lead following strikes by Steve Bould and Kevin Campbell, with the Gunners looking in complete control.

In a game of two halves, Norwich fought back in the second period, Mark Robins pulling one back before David Phillips equalised after 72 minutes.

A big-money summer signing always comes with expectation, so hitting a debut hat-trick on the Premier League’s opening weekend is certainly one way to endear yourself to your new club’s supporters.

That’s exactly what Middlesbrough’s Fabrizio Ravanelli did in 1996, announcing his arrival on Teeside with a stunning treble against Liverpool.

Each time, however, Ravanelli hit back.

The Italian is one of just seven players to hit a hat-trick on the opening day, a £7m signing who instantly elevated himself to fan’s favourite status.

When Mark Hughes’ Manchester City travelled to Aston Villa on the opening weekend of the 2008/09 season, few could have anticipated the change the club was about to undergo.

A team containing the likes of Dickson Etuhu, Gelson Fernandes and Ched Evans was put to the sword by a seven-minute hat-trick from Gabriel Agbonlahor, who’s match-winning performance earned Villa an opening day win.

Remarkably, the game was actually goalless at half-time before John Carew headed an opener for the hosts. Brazilian midfielder Elano equalised from the spot, before Agbonlahor’s quick-fire treble put Villa in control.

Vedran Corluka’s consolation made the score respectable, but City’s fortunes were about to change forever.

Just weeks later Sheikh Mansour completed his billionaire takeover and the rest, as they say, is history.

Every team wants to get off to the best possible start, so a 6-1 home thumping is definitely one to forget.

Everton had finished fifth the previous season, and hopes were high that they could go one further and secure Champions League football ahead of the new campaign.

European regulars Arsenal were the visitors to Goodison Park, and Arsene Wenger’s side produced a ruthless display of attacking football.

Cesc Fabregas scored twice for Arsenal, whilst a Denilson stunner and goals from Eduardo, William Gallas, and Thomas Vermaelen saw the North London side hit Everton for six.

Louis Saha’s late consolation did little to lift the home support, who saw their side suffer an opening day thrashing.

The most recent entry on our list and another thriller involving Arsenal, in a game where both sides attacked at will.

Arsenal’s Theo Walcott missed from the spot with the game goalless, before opening the scoring just moments later to put the hosts in front.

Phillipe Coutinho’s brilliant free-kick levelled the score for Liverpool shortly before the interval, before Adam Lallana’s effort put Jurgen Klopp’s side ahead for the first time.

Arsenal hit back instantly through Alex Oxlade-Chamberlain, before Callum Chamber’s header set up a nervous finish. Liverpool would hold on, sealing a famous opening day win.