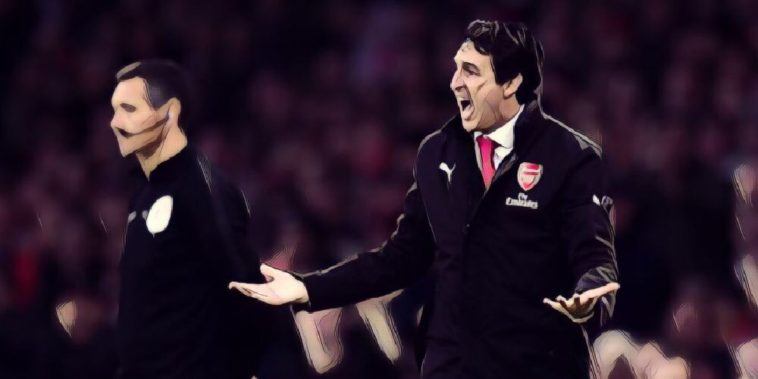 Unai Emery has revealed his frustration after seeing Arsenal draw 1-1 at home to Wolves.

Despite taking the lead through stand-in captain Pierre Emerick-Aubameyang’s 50th goal for the club, Arsenal lost further ground in the race to finish in the Premier League top four after Raul Jimenez’s second-half equaliser secured a point for Wolves.

The draw was a disappointing result following a turbulent week for the club and means Arsenal remain fifth having now failed to win in any of their past three league fixtures, with Emery admitting he is ‘frustrated’ after once again seeing his side drop points at home.

“I think the players tried and we scored the first goal but we needed a second for more confidence.

“Wolves are consistent in playing matches like they did today and they did that again.

“It was an equal match and maybe we deserved more.

“I am frustrated because we are dropping points at home like we did last year.

“We can improve that balance defensively, but the key was to have more clear chances to take the result for us.

“I am very demanding of myself and we have to come back with better matches.”

Read: Ranking every Arsenal captain of the Premier League era