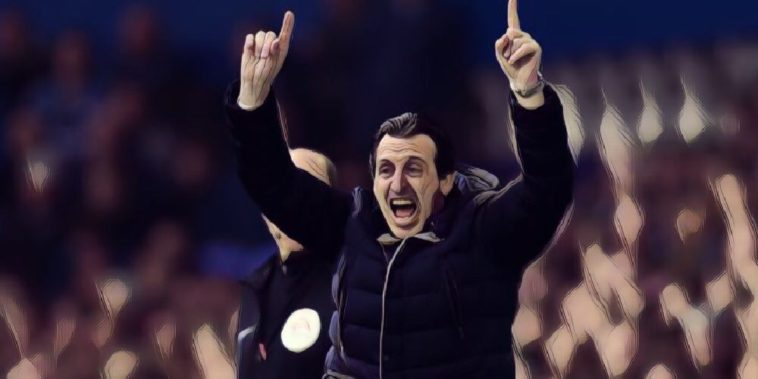 Unai Emery has admitted that his side lacked a balance between the defensive and offensive sides of their game as they slipped to a 1-0 loss to Everton.

Arsenal came into today’s game on the back of a recent upturn in results and the travelling Gunners faithful will have been looking to see their side cement their place within the top four.

However, the North London side could only muster seven attempts compared to Everton‘s 23, with the 1-0 scoreline being far from a true reflection of the action at Goodison Park.

Arsenal couldn’t seem to get the ball into their more attacking players in the first half, and while the half-time introduction of Aaron Ramsey and Pierre-Emerick Aubameyang saw the Gunners play more offensive football, they sacrificed their defensive stability, with Everton missing a whole host of chances to extend their lead after the break.

Speaking after the game, Unai Emery said that his side lacked ‘balance’.

“In the second half we needed a bit more from the game so I changed some things and we were better offensively,” he told Sky Sports.

“We know we needed to be strong and solid, and to be competitive. After the negative result after the first half we changed things defensively and it gave us better options for 45 minutes but we could not find a goal.

“If we scored than it would have changed the match but defensively we conceded more chances than what we were doing first half.”