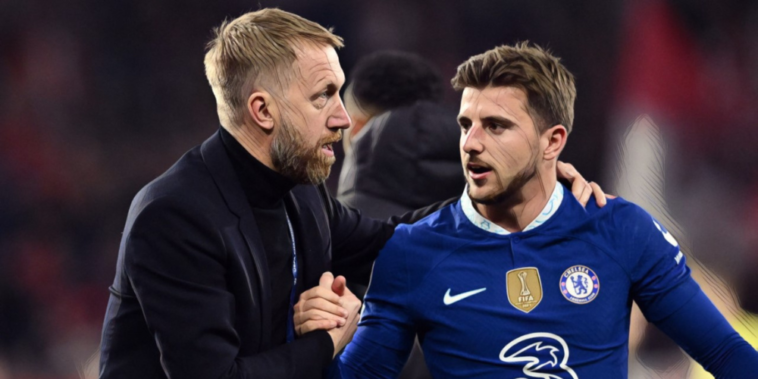 Leicester are out of the Premier League’s bottom three after an impressive October, one which has seen the Foxes keep four clean sheets in five games and earn vital victories over fellow strugglers Nottingham Forest, Leeds and Wolves.

Beating those around them has been invaluable to Brendan Rodgers and his team, but a true test of Leicester’s improvement will come this weekend as the champions visit the King Power Stadium.

There was a ruthlessness to Leicester’s performance in thrashing Wolves last weekend, as Rodgers’ side were clinical on the counter at Molineux. The club’s success this season has come in contests when the opposition has dominated the ball, as City will be expected to this weekend. Leicester’s wins over that aforementioned trio all came with less possession, while the Foxes have failed to win any fixture in which the club have had the greater share of the ball so far this season.

James Maddison’s invention and the forward runs of Harvey Barnes will be crucial, but soaking up the pressure that City will exert will be the toughest of examinations.

Graham Potter makes his return to Brighton this weekend, less than two months after departing the Seagulls for Stamford Bridge.

Chelsea are unbeaten in nine games across all competitions since his arrival, but Brighton have struggled in his absence and have not won since Roberto De Zerbi took the reins. The strong start to the season under Potter’s management is in danger of unraveling at Brighton, as De Zerbi looks to implement his own brand of football at the Amex.

They won the Champions League that year 🏆 pic.twitter.com/ygKcm9kfgW

It is expected that Potter will receive a warm welcome upon his return to the South Coast, where his achievements are only being emphasised by his successor’s struggles to maintain results so far.

De Zerbi will have to turn around unfavourable history to secure a win this weekend however, with Brighton having failed to beat Chelsea since the first ever meeting between the sides in January 1933.

Callum Wilson has made no secret of his desire for a World Cup place, with the Newcastle forward vocal this week on what he believes he can provide for the national side.

“I don’t doubt my ability whatsoever. I offer something different to the other England strikers; I don’t think there’s anyone who will run in behind like me and stretch the game,” Wilson said, as per Sky Sports.

“If you’re a coach or manager you want different types of players. I think Harry (Kane) is an unbelievable player so it’s not to say I’ll go in there and play – but the experience of it, being there, being able to push Harry but also show the manager I’m ready.

“I fully believe that if I continue to stay fit and my performances are good I should be in the squad, yeah. But I need to do my talking on the pitch and let all noise around it happen.”

Only Kane can better Wilson’s minute-per-goal record among English forwards since the start of last season, but the 30-year-old’s fitness issues will concern Gareth Southgate. Wilson will face off against Ollie Watkins this weekend as Newcastle take on Aston Villa, with the latter – who has won seven caps for England – scoring as Villa returned to form last weekend.

Dominic Calvert-Lewin also returned to the Everton side with a goal and Frank Lampard stated his belief that the 25-year-old can prove his form and fitness before Qatar. With Tammy Abraham, Marcus Rashford and Ivan Toney also in the frame, it looks set to be a fierce battle to make Southgate’s squad.

Unai Emery will not be on the touchline this weekend with his role as Aston Villa’s new head coach officially beginning on November 1, but the Spaniard will be a keen observer as his team travel to face in-form Newcastle.

Villa impressed last weekend under interim manager Aaron Danks, thrashing Brentford 4-0 in a performance full of the attacking intensity and quality that had been lacking under Steven Gerrard. Emery will want to see more of the same at St James’ Park, as he assesses how to move Villa forward.

🎙 "The fans rightly should be excited"

Aaron Danks says Unai Emery is a 'top coach' and he's excited to welcome him to Aston Villa 👇 pic.twitter.com/h6yyXtkkm8

The 50-year-old represents a coup for Villa, with a proven track record of winning silverware. He won a Ligue 1 title with Paris Saint-Germain and has lifted the Europa League on four occasions across spells with Sevilla and Villarreal, an achivement which makes him the most successful manager in the history of the competition.

Emery’s best work has often come with teams bidding to punch above their weight, evidenced as he led Villarreal to the semi-finals of the Champions League last season. The Premier League is as competitive as ever from top to bottom, but Villa have the foundations – both in terms of personnel and finances – to push higher up the division.

Fabinho form a concern for Liverpool

Jurgen Klopp is not short of issues at present, with the fluctuation in Liverpool’s levels this season a result of multiple problems. Among them has been the form of Fabinho, who is enduring his worst period since a difficult adaption to the Premier League during his debut campaign.

The 29-year-old has so long been the anchor of the Reds’ engine room, dubbed the ‘lighthouse’ for his ability to exert control at the base of the midfield. This season he has struggled, with last weekend’s performance at Nottingham Forest a poor one as he failed to get to grips with Forest’s forward runners.

Thiago Alcantara’s impending return will benefit the Brazilian, with Liverpool lacking both control and creativity in the former’s absence. The Reds need more from Fabinho however, with his downturn in part to blame the club’s vulnerability this season. Klopp’s backline has come in for strong criticism this season, though Fabinho’s form has no doubt been a contributing factor to their defensive decline.

Since the start of October, only Fulham have posted a higher expected goals against (xGA) figure than Liverpool. But for the performances of Alisson, Liverpool’s issues would be even greater.

Jesse Marsch appears on borrowed time as the unrest grows louder in Leeds. Last weekend’s defeat to Fulham saw the club drop into the bottom three, with Leeds winless since August and on a run of four consecutive losses.

The Elland Road crowd made their feelings known with chants for former manager Marcelo Bielsa. The Argentine is a revered figure for his role in taking Leeds back into the big time and his popularity has seen sections of supporters fail to warm to Marsch since he was named as Bielsa’s replacement last season.

Jesse Marsch is "sick of losing" 🤬

The Leeds boss has spoken of his anger at the side's current run of form 💬.#BBCFootball #LUFC

Results have hardly helped. After securing survival on the final weekend last season, a strong start this term proved a false dawn. The football of Bielsa’s reign, while self-sabotage at times, was at least exciting and endearing. There are few who regard Leeds as neutral’s favourites now, a team who are perhaps only marginally improved defensively and significantly worse going forward than under Bielsa.

Arsenal produced their most disappointing performance of the season so far to lose at PSV Eindhoven on Thursday evening, with the Gunners crashing to a 2-0 defeat which, in truth, could have been more.

Mikel Arteta’s team have been exceptional this season and lead the Premier League table, while the loss in Eindhoven ended a flawless run in Europe to date. However, the defeat at PSV followed a flat performance in drawing at Southampton last weekend and questions are now being asked as to whether the Gunners are feeling the effects of an unprecedented season of congestion.

Arteta’s squad lacks the depth of rival sides and it is evident with his lack of rotation so far this season. Eight players have started all 11 league games this season, with Martin Odegaard in from the start in ten of those. Of that eight, three have also started 3+ Europa League games with Gabriel, Gabriel Martinelli and Granit Xhaka afforded little rest so far this season. Martinelli in particular was poor at PSV, lacking the usual spark to his game.

Contrast Arsenal’s lack of rotation to Manchester City, who have had just three players – Ederson, Joao Cancelo and Erling Haaland – start all 11 of their Premier League fixtures to date. Arsenal face Nottingham Forest and FC Zurich at the Emirates before a huge showdown at Chelsea next weekend. It might be an ideal time for Arteta to rest some of his tired troops.

Cristiano Ronaldo returned to the Manchester United team on Thursday night, scoring his side’s third in the 3-0 win over Sheriff Tiraspol.

Ronaldo had been left out of the squad for the draw at Chelsea last weekend, having refused to come on as a substitute during the 2-0 win over Spurs on October 19. Ten Hag has insisted the issue is over, but will the Portugal captain be handed the regular role in the side he craves?

The 37-year-old has struggled to make an impact for much of the current campaign, but Ten Hag has continually backed Ronaldo publicly. His finishing ability could be crucial to a team who are not creating an abundance of chances, with United ranked ninth in the Premier League for xG this season.

“He kept going and the team kept going to put them in the right position,” Ten Hag said following the win over Sheriff.

“He kept going to get himself in the right positions. He didn’t give up, I think that’s what his whole career [has been about], that’s why he is so good and, in the end, he got the reward for it.

“The pressure is always there. Ronaldo knows that and we have to deal with it. All Manchester United players know that. All top scorers need that, every time, the confirmation they can do it. Tonight, again, he got his confirmation and he will grow from it. He is hungry. He plays with desire and wants to score goals, as many as possible. He has to invest a lot and the team has to invest a lot to put him in the right positions.”