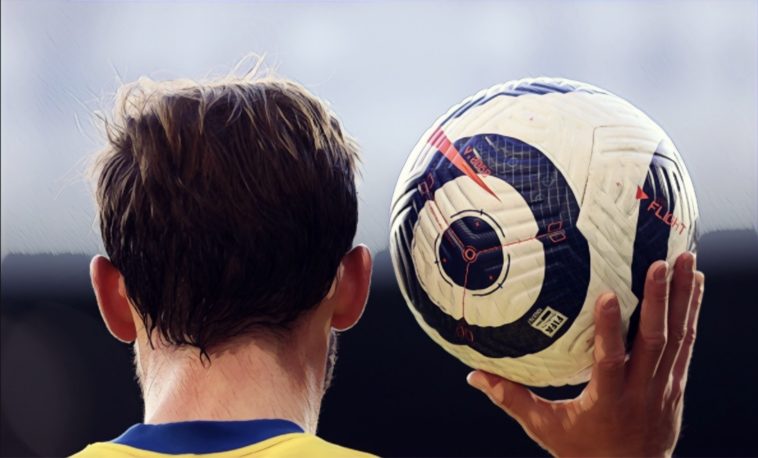 Football League chairman Rick Parry has asked the government to enforce elements of the controversial ‘Project Big Picture’ proposal, in order to support clubs lower down the pyramid.

Amid the continued uncertainty generated by Covid-19 last year, the Premier League’s biggest sides – namely Manchester United and Liverpool – reportedly conjured a plan to ‘help’ struggling clubs in the divisions below, all in exchange for added power for themselves within the top-flight.

The controversial plot – which was leaked in October 2020 – would have seen increased power for the so-called ‘Big Six’ with regards to TV rights and voting powers, while it also proposed the scrapping of the League Cup and the Community Shield, as well as trimming the top tier down to 18 teams.

The plan would have also seen a £250m payment paid upfront to the EFL – as well as £100m from the FA – with 25% of the Premier League’s annual revenue also going to EFL clubs.

Unsurprisingly, the ‘power grab’ nature of the plan saw it quickly condemned, yet one big proponent of its inception was EFL chief Rick Parry, who believed clubs in the Championship, League One and League Two were in desperate need of financial aid to survive the dire economic impact of the pandemic.

As per the Telegraph, Parry is now again calling for elements of ‘Project Big Picture’ to be introduced and has urged the Government to tell the Premier League to take over the sale of the EFL broadcasting rights in exchange for 25 per cent of the overall in a bid to help ‘bridge the wealth divide’ between the top tier and the divisions below.

The 56-year-old and the EFL also propose the scrapping of parachute payments handed out to relegated sides, as well as a ‘fixed wages-to-revenue ratio’ for lower league clubs of up to 60 per cent, with owner investment also to be classed as revenue, meaning only 60 per cent can go towards wages and transfers.

There would also be a plan to halve the earning disparity between the top of the Championship and the bottom of the Premier League with a ‘steeper difference in merit payments’, while they would also introduce ‘“cash break-even” rules rather than losses assessed over three-year periods.’

This call for change – which the EFL laid out to Tracey Crouch MP who is fronting the government’s review of football governance – comes amid the current turmoil going on at Derby County, in which the Rams have been forced to enter administration after years of mismanagement under owner Mel Morris.

Parry has revealed that such proposals need to be brought in to prevent a similar situation from occurring in the future, with Morris having gambled on attempting to reach the top tier, such is the vast wealth difference between the Championship and the Premier League.

The 56-year-old believes that funding is needed from the top-flight to help clubs below to prosper, although he was adamant that it wouldn’t simply be just a pay-out: “In terms of distribution these [new] proposals are not the PL giving money to the EFL. I don’t see it as a subsidy. But it is fundamental that we want to maintain the vibrancy of the pyramid,” he told the Telegraph.

“My premise would be that most of the value from the PL comes from our biggest teams. Another vital part is that it is refreshed and you have constantly changing teams. Otherwise, you just have sterility.”

With operating losses of over £430m among Championship clubs during the 2019/20 campaign, Parry insisted that the current model is simply not sustainable: “We have profit and sustainability rules but the clubs are clearly neither profitable nor sustainable and Derby is right in the middle of that.”

In essence, Parry believes the financial gap between the Premier League and EFL is so vast that Championship owners – like Morris – are willing to risk it all to secure promotion and bridge the ‘unbridgeable gap’, leaving many clubs at risk of financial ruin if it does not pay off.

😔 “As manager, getting questions from players and staff and not being able to answer them, I was hurt.”

🙏 “Mel's put a lot of money into the club but there's a way of handling things, being open & honest.”

“The thing that grates with me is the gap [between PL and Championship] is inbuilt,” he said. “If you look at our solidarity agreement with the PL it says that the other [Championship] clubs will each get 11 per cent of a first-year parachute payment. So you are enshrining the gap [in the rules]. If you cascade that downwards a League One club gets 1.6 per cent [of the same] and League Two, 1 per cent.

“You stand back and say: ‘How is this fair? How can a competition pay a vast amount of money to its own former members who are taking part in somebody else’s competition?’ Maybe we should say either get proper redistribution or have no redistributions. Let’s just abolish the parachute payments and forget solidarity, and then see what happens. It’s an unbridgeable gap.”