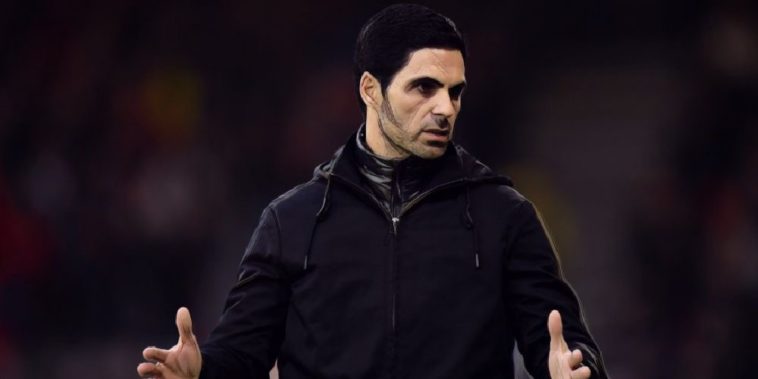 Edu insists Mikel Arteta is ‘doing a great job’ at Arsenal and insists the board are fully supportive of the under-fire manager despite the club’s disappointing start to the season.

Arsenal crashed to a fourth consecutive home loss in the top-flight following a dire 1-0 defeat to Burnley last weekend, their worst run of home form in more than 60 years and a result which continued the Gunners’ worst ever start to a Premier League campaign.

The north London side currently sit 15th in the division and are just five points above the relegation places ahead of tomorrow’s clash with Southampton, their fortunes having fallen drastically since finishing the 2019/20 campaign with FA Cup success.

Arteta’s position is now under intense scrutiny as he approaches the first anniversary of his appointment at the Emirates, though technical director Edu has backed the Spaniard and admits it is difficult to pinpoint their downturn in form.

“That’s the main question, isn’t it, if you see the way we finished last season and the way we started this season. It’s very strange to be where we are right now. Nothing really changed massively,” he said, as per the Mail.

“Since Mikel joined here we’ve still been working the same. But again, it’s people being driven by the results.

“Mikel is doing a great job, he is really doing well here. Players believe, the staff are enjoying it, everybody believes and everybody tries to be positive here on a daily basis.

“So nothing has really changed, just the results since the Aston Villa match – we started to perform in a way we’d never performed before. But if you see the last two results, probably the last three, it’s on the very small details that we lose.

“I know asking for patience for Arsenal is very strange because everyone has said that for long, long periods.

“But I’m here today to give to you guys the word that everything is fine internally but the results aren’t coming, but I think we’re going to change it very soon.”

Edu spoke further on the importance of stability and suggested the Arsenal hierarchy are prepared to be patient with Arteta’s rebuild, reiterating the club have full confidence in the manager’s ability to turn things around.

“I think the club needs stability right now, we have faced so many changes. It is not about Edu, Mikel, it is about stability. Now is the time to try and be a stable club in the old sense – externally and internally, we need that.

“Because what a year we have faced. Pre-season challenges, three months without any football matches, a lot of things changing in the club.

“And I want to tell the fans because the way we’re working, the way we’re building something here at the training ground, I see the players and everyone believe in what we’re doing.“